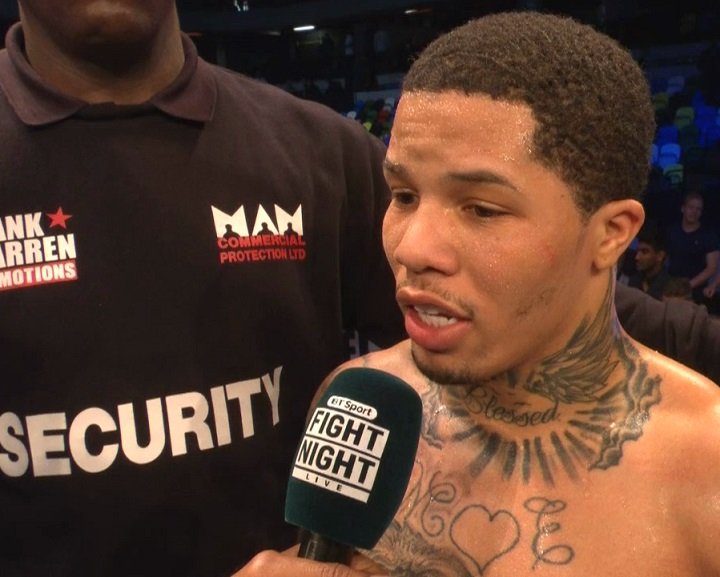 Gervonta Davis went on the road in the first defense of his IBF Junior Lightweight World Championship and made a statement with an emphatic third-round TKO of previously undefeated local favorite Liam Walsh in the opening bout of SHOWTIME CHAMPIONSHIP BOXING from Copper Box Arena in London.

The southpaw Davis (18-0, 17 KOs) set the pace from the opening bell, connecting seemingly at will with a strong left hook. In the third round, America’s youngest world champion floored Walsh with a strong left after a series of brutal connecting combos on the inside. Walsh got up, but the onslaught continued seconds later and referee Michael Alexander stopped the championship bout at 2:11, with Walsh defenseless and on unsteady legs.

“Tonight we were in the groove,” Davis said. “I think he was hurt pretty bad. The ref did his job and it was just a matter of time. I used my boxing IQ tonight and picked my shots, and when I picked my shots I got him out of there.

“I’m still on the rise. I became a champion super-fast, but I’m still rising and there’s more to come.”

Promoter Floyd Mayweather was ringside in London to support his fighter, who he’s christened “the future of boxing.”

Walsh (21-1, 14 KOs), who entered the bout as the No. 1 challenger and the decided local favorite at Copper Box, was disappointed with the stoppage.

“He’s very fast, very active, but that was too quick,” Walsh said. “He won fair and square, but sometimes they stop the fight too early. I never got an opportunity. I’m not saying the result would be different, but give me a chance.

“I’d love to fight him again. I’d fight him for next to nothing.”