Why would Ellerbe choose not to match Tank against Ryan? It could be Ryan is seen as too dangerous.

It’s safe to say that we WON’T see Tank fighting any of these guys during his next hitch with Mayweather Promotions:

The guy that is being mentioned behind the scenes as Tank Davis’ next opponent is Isaac ‘Pitbull’ Cruz. While that’s a decent fight, Pitbull Cruz doesn’t compare with the likes of Haney, Kambosos, Shakur, Lomachenko, or Ryan Garcia in terms of attracting attention from fans.

Calvin Ford: “Excellent, he put it together, man. It was the perfect camp.”

“He could have gone on,” said trainer Bullett Cromwell to Fight Hub TV about Rolly should have been given a chance to continue the fight in the sixth round. 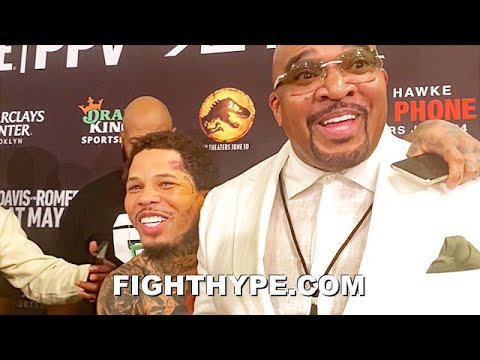 “Honestly, only Rolly would be able to tell you a real answer with that because he knows how he felt, but me as a trainer as a warrior, I want to continue. But the safety of the fighter is always the job of the referee.

“I’m upset at the stoppage, but he had to do his job. Back to the lab, but you’ve got to understand that you are one of the best fighters in the world, Rolly. You don’t just have power, you’re a hell of a fighter and you proved that tonight in the man’s hometown. I mean, with his home crowd in the East. We lived in the West [Las Vegas, Nevada].

“They came in here deep for him [Tank Davis]. When that fight broke out in the audience, that was a big distraction to the fight. That was some bull s***.

“As soon as possible,” said Bullett when asked when he expects Rolly to return to the ring. “We’re going to do our typical what you got to do when you get caught with a shot. After that, give it a few months, four to six months down the line, we can do it,” said Bullett about when Rolly can fight again.