Has any heavyweight with a losing record got a more impressive list of faced opponents than George “Scrap Iron” Johnson? It’s not too likely. Johnson, an extremely tough and durable heavyweight trier from the 1960s and ’70s, finished up with a less than impressive, 22-27-5(11) ledger. Yet the warrior from Oklahoma hardly ever had the luxury of an “easy” fight. 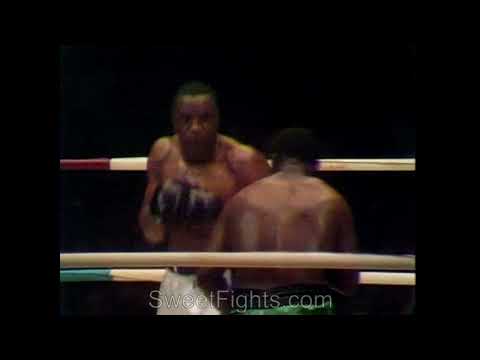 That’s some fighting career. Johnson, who was born in Oklahoma City in December of 1938, got his “Scrap” nickname from the local kids, who regularly saw the young Johnson busily collecting discarded machine parts in a wheelbarrow, George earning cash from the junk. The “Iron” part of his nickname came later, given to Johnson from his football teammates. Standing just 5’9” and tipping-in at around 215 pounds, Johnson was a solid fighter, a man capable of taking almost unreal amounts of punishment.

Sonny Liston dished out plenty of hurt during his career, as we know, but to this day, some people say the absolute hammering the ageing but still heavy-handed and brutal Liston laid on Johnson in Las Vegas in May of 1969 was one of Sonny’s more hurtful displays; this was no quick KO, but a prolonged mauling. But Johnson wouldn’t quit, instead being stopped on his feet in the 7th round.

Johnson’s “reward” for standing up to Liston’s iron fists? After ten full months off, Johnson was put in with Jerry Quarry, and then with a 19-0 George Foreman. Johnson took Quarry the distance but was stopped by Foreman, again in seven rounds (Foreman later saying Johnson had the best chin of all his opponents, sometimes using him as a sparring partner). By this stage of his career (one that actually began with a 2nd round TKO loss in June of 1958), Johnson had already paid his dues in fights with Spencer (KO by4), Ramos (Lpts), Quarry (in an earlier meeting, TKO by 2) and, most famously, “Smokin’ Joe.”

Johnson, who came out of The Hoover Street Gym, met a 15-0 Frazier in L.A in May of 1967. Johnson won maybe three rounds but he gave Joe a tussle – and he earned a bundle. Paid $8 grand for the fight, huge underdog Johnson, widely expected to get knocked out, bet $2,000 of his purse on himself to go the distance. This explained why “Scrap Iron” was jumping around the ring with his arms raised at the conclusion of the largely one-sided fight. One story says Johnson, in preparation for the Frazier fight, placed a 40-pound chunk of concrete in a sling, which he would strap around his head as he did his roadwork.

The Johnson fight, esteemed writer Jerry Izenberg told the author, was instrumental in Frazier’s development as a fighter. The “Scrap Iron” Johnsons of the world are so utterly essential in the fight game. Johnson soldiered on after the 1970 loss to “Big George,” going in with, Joe Bugner in London (Lpts), Juergen Blin (TKO by2), Ron Lyle (KO by3) and Boone Kirkman (Lpts).

Johnson picked up the odd decent win, such as when he beat Sonny Moore (1964) and Roy Wallace (1968), but his was a losing career. Johnson said he didn’t care. “Whenever the fans read that I’m gonna be fighting, they know they’ll get a great show,” he said. And often, they did.

Johnson quit boxing after being stopped by a 31-0 Duane Bobick in November of 1975. Johnson passed away, largely and unfairly forgotten, in April of 2016, aged 77.

One of “Scrap Iron’s” best lines came after the Liston fight/beating. Set to marry that day, at midnight after the fight, a busted-up Johnson postponed. Getting married the following day, Johnson uttered how “Liston hit me so hard, I married the wrong woman!” 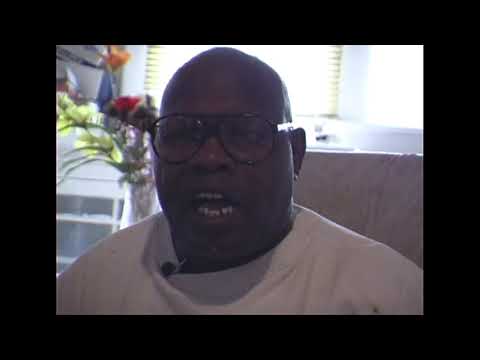