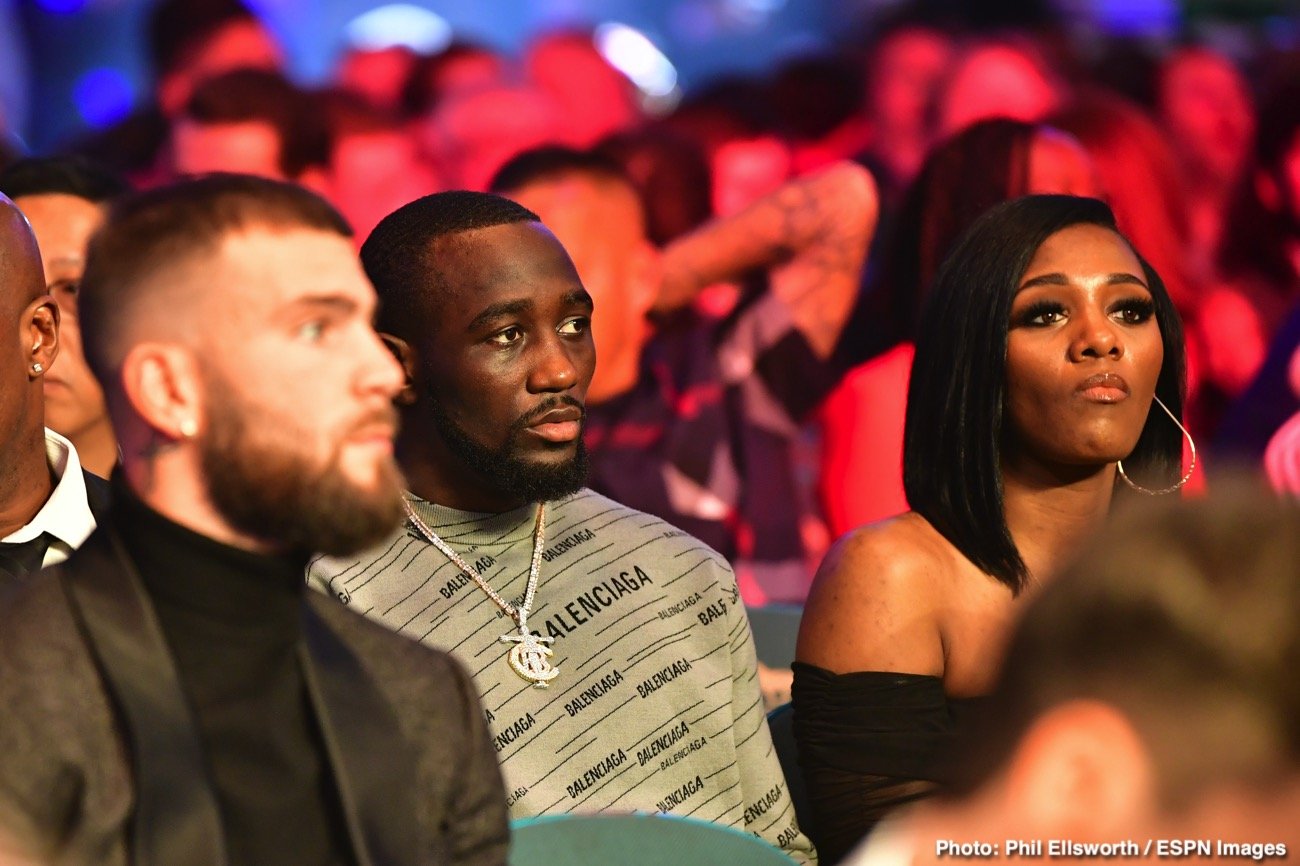 Mayweather Promotions CEO Leonard Ellerbe revealed this week that he rates Terence Crawford as the #1 pound-for-pound fighter in the sport just ahead of Canelo Alvarez.

In that respect, Ellerbe is echoing Floyd Mayweather Jr’s opinion in him viewing Crawford (36-0, 27 KOs) as the #1 P-for-P fighter in boxing.

For a lot of boxing fans, they don’t view Crawford as the top dog in boxing because of his weak resume. The argument is with the guys that Crawford has fought, the vast majority of the top 5 at 147 would have beaten everyone that he’s faced and arrived at a similar 36-0 record. 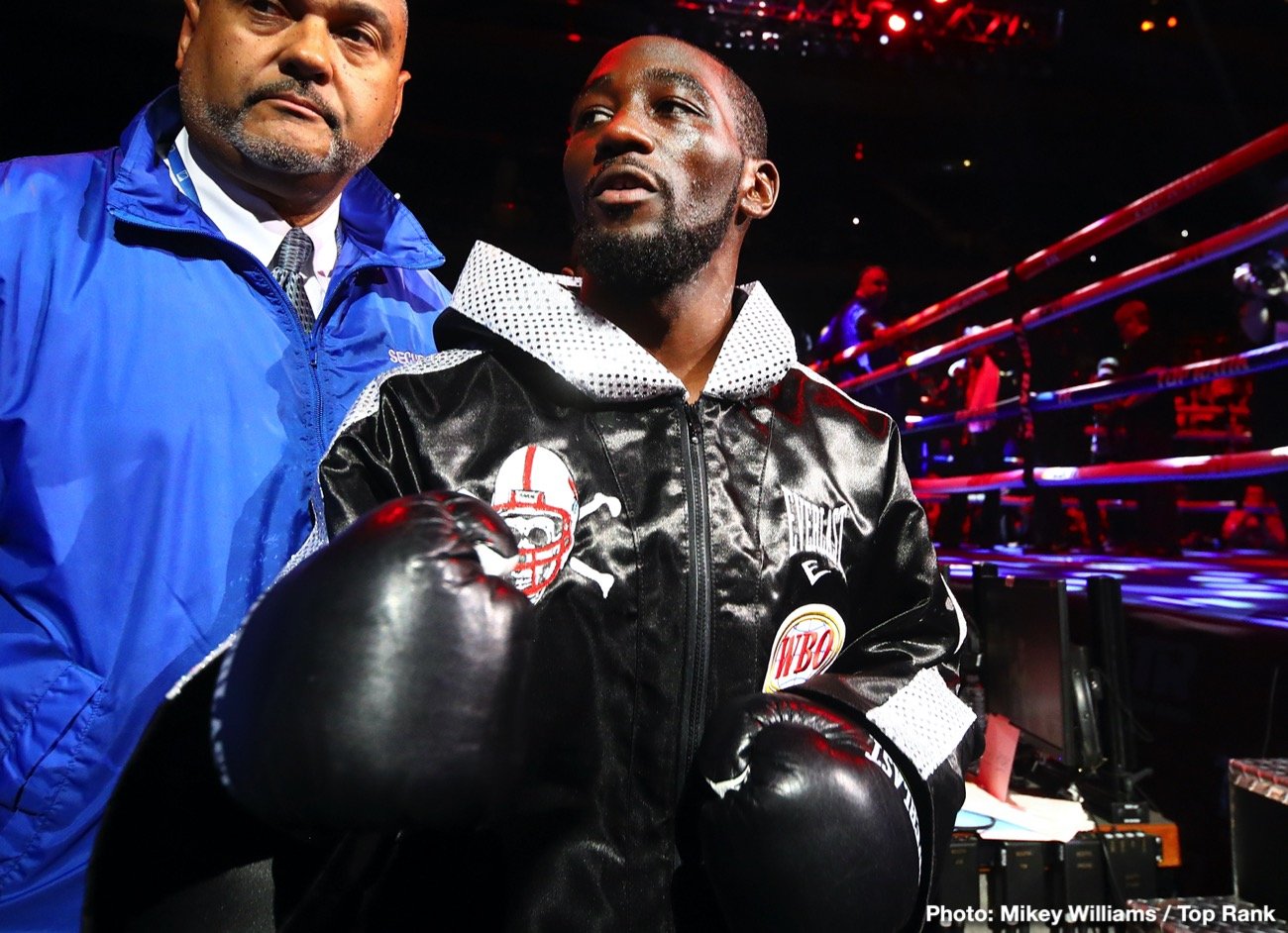 “If I had to rank them, Terence Crawford is pound-for-pound the best fighter in the world, and you can’t say enough about Canelo. He’s right there neck and neck,” said Ellerbe on social media on Instagram.

“He’s accomplished so much, but you have so many great fighters out there. They’re all pushing to the top.”

Until Crawford beats the likes of Errol Spence, Shawn Porter, Manny Pacquiao, and Keith Thurman, you can’t call him at #1 pound-for-pound.

If you’re going to do that, then you’re rating him at #1 based on wins over guys like Jeff Horn and Amir Khan.

These are Crawford’s best victories in his career:

Those fighters are too flawed to rate Crawford as the best in boxing or any of the divisions he’s fought at during his career. In other sports, to become #1, you need to beat the best. For example, in the NFL, you don’t become #1 by beating teams with an 8-8 record.

You’ve got to beat the very best in the Super Bowl. Crawford’s resume is too weak for him to be viewed as #1 #2 or even #3.

Gervonta Davis to show his talent

“Obviously, I’m biased in this too because right now, we have a young fighter, and I believe he’s one of the best fighters in the world,” said Ellerbe. “He just hasn’t had the opportunities to prove it yet in Gervonta Davis.

“The world will get a chance to see that in the next few years because the two divisions he’ll be competing at are loaded with talent. So he’ll get a number of opportunities to show these cats that are doing all that barking why he’s the best out there.

“These are going to be great times for the entire sport, and great match-ups to be made for those divisions. Once you get your career going, and experience under your belt, the sky is going to be the limit when it comes to you, but you’re going to be dominating,” said Ellerbe.

It would be a good idea for Ellerbe to open his eyes and take a good look at what Tank Davis is becoming. At 25, Davis has already eaten himself out of the super featherweight division, and he’s about to do the same thing at lightweight. After just one fight at 135, Tank is struggling to make weight.

What we’re likely to see is Tank winding up soon at 140 and then 147. At 5’5″, Tank will be another Felix Diaz at in those weight classes, and he won’t have the size or the power to compete with the best. 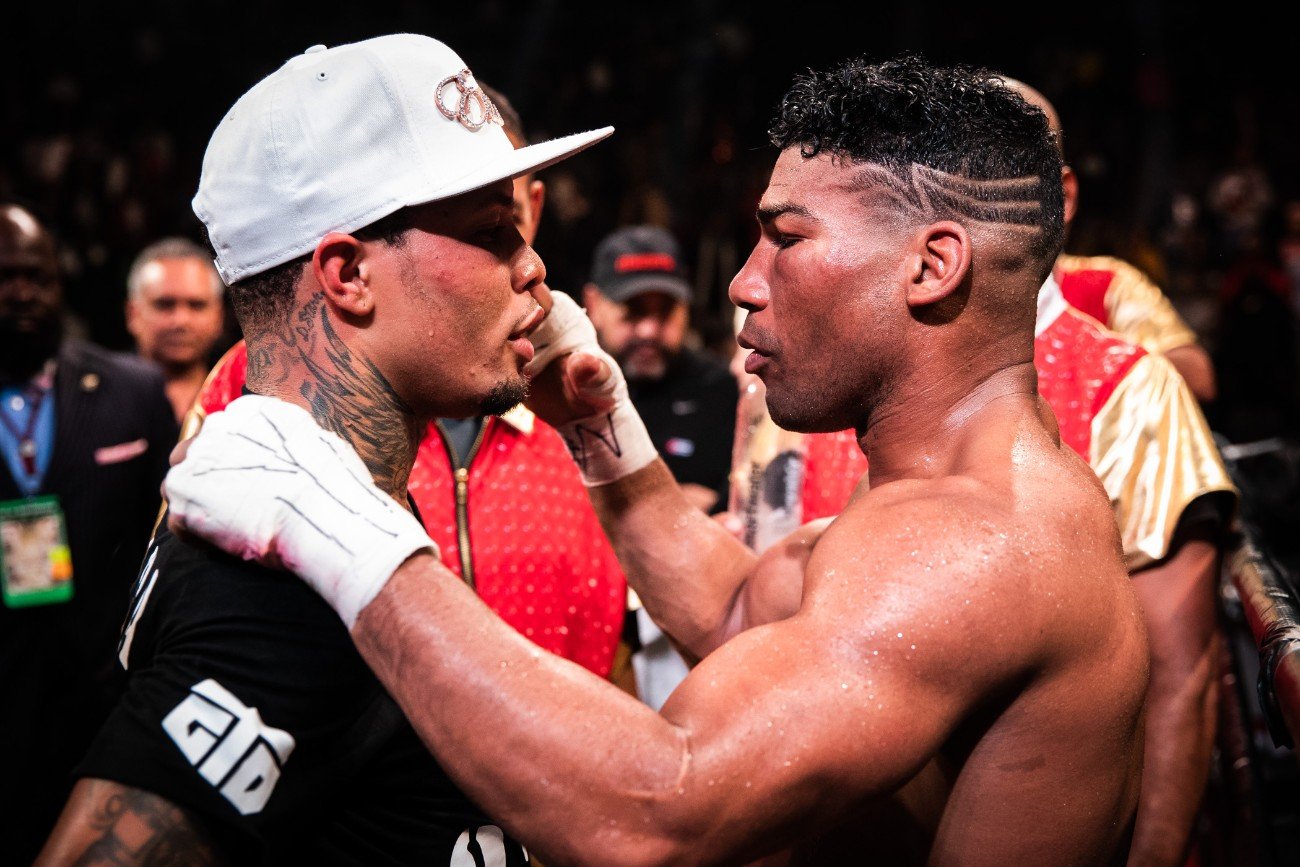 “Manny Pacquiao is another living legend,” said Ellerbe. “He’s accomplished so much over the last 20+ years. He’s been the second-best fighter in the sport. What really impresses me is he’s doing his thing in his 40s.

“He wants all the smoke, and he’s not backing down from any challenges out there. It was so impressive recently with his victory over Keith Thurman. That was very, very impressive what he was able to do.

“I know Keith was the younger fighter coming in there, but Keith kind of underestimated him, which was definitely a mistake. Floyd makes it look different. Manny Pacquiao isn’t the same fighter he was ten years ago.

“He still has enough experience and enough in his tank to be able to go out there and put on these kinds of performances and beat a guy that was so much younger than him in Keith Thurman,” said Ellerbe.

It’s not that Thurman underestimated Manny Pacquiao. That’s not why he lost to him. The reason for Thurman’s defeat is he’s been inactive for most of the last three years of his career, and he needs more tune-up fights before he counted on to beat the likes of Pacquiao.

Unfortunately for Thurman, his body is too brittle, which leading to increasingly more extended periods in between fights. Additionally, Thurman’s bad eating habits have led to him putting on a lot of weight in between fights.

His training camps turn into fat farms for the first six to eight weeks, and he doesn’t have enough time to train on his skills. Thurman is another guy that is eating himself out of his weight class.

You can argue that Thurman doesn’t live the life of a boxer. He wants to enjoy himself in between fights. He’s superficially making his career by not working hard year-round.

Roy Jones Jr. one of the best

“Shout out to Roy Jones Jr. He was a phenomenal fighter,” said Ellerbe. “It was amazing some of the shots that he used to knock guys out with. Roy is a humble dude, and I like the fact that he’s given back to the sport. He’s working with a few fighters.”

You can’t argue with Ellerbe’s respect for Jones Jr. He was one of the best in boxing during his best years. It’s too bad he made the mistake of moving up to heavyweight because he was never the same after he moved back down to 175.