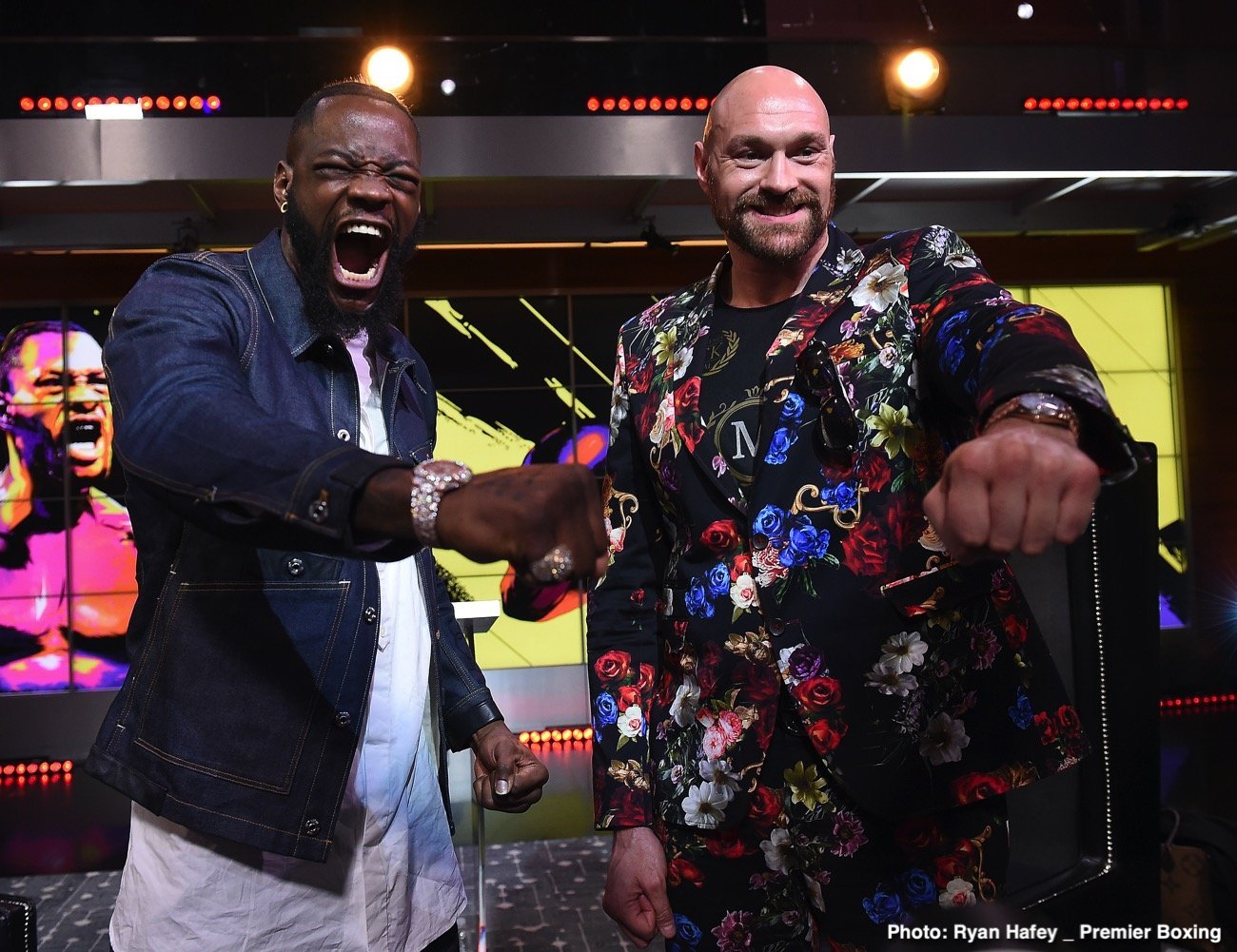 Has there ever been a heavyweight slufest where the action was so intense, so fast and relentless that the fight could be compared to the epic middleweight showdown between Marvelous Marvin Hagler and Thomas Hearns?

In short – no. However, at times the big men have come pretty close to giving us a savage, bombs away start reminiscent of the furious 1985 middleweight epic. Riddick Bowe and Evander Holyfield came right out at the first bell and unloaded everything they had in their brilliant 1992 battle. So although a combined weight of over 400 pounds is not conducive to the sheer, heart-stopping pace two 160 pounders can set, the big men can give us some truly sizzling action with around a 100 punches thrown from both sides per round.

Which brings us to tonight’s Deontay Wilder-Tyson Fury rematch (combined weight approx 504 pounds). Fury has said quite a few times how he willl go right at Wilder and slug it out with him. Fury has said we will get a “heavyweight Hagler-Hearns.” Will we indeed?

As much as fight fans the world over will absolutely love it if Fury and Wilder put on a fight half as good as Hagler-Hearns, or one half as good as Bowe-Holyfield for that matter, it does seem as though by adopting trading tactics Fury will be giving the heavier-hitting Wilder his best chance of winning. Fury, with the defensive, plenty of movement approach he adopted against Wladimir Klitschko, and against Wilder in their first fight, would possibly prove to be Wilder’s worst nightmare.

Fury has gone to war in past fights – his slugfest with Steve Cunningham for one notable example – and he was vulnerable as a result of fighting that way. With Fury it could be hot air and nothing more, but if he does get in there and rumble in a toe-to-toe war with Wilder tonight, the winners will be the fans – if not necessarily Fury himself.

Not long now until the biggest world heavyweight title fight since Lennox Lewis-Evander Holyfield gets underway. Who are YOU picking?