When will former two-time heavyweight champ Anthony Joshua fight again? Who will his opponent be? Will AJ look for a “tune-up” type fight, or a confidence booster of a fight, maybe two? Trainer Robert Garcia, speaking with 210BoxingTV, said Joshua will likely have two return fights, “just to get his confidence back up.” Whether the first of these two fights will come this year or early next remains to be seen. But the clock is ticking. Eddie Hearn said, prior to the whole will it, won’t it get made Tyson Fury-Joshua saga, that the ideal plan is to get Joshua back being active.

Hearn said Joshua would fight in December, yet we are still awaiting official confirmation. Let’s hope Joshua, above all else, does not return to being a one fight a year guy. Hearn is right – Joshua needs to be active, busy. Let’s hope he will be as soon as his latest comeback gets off the ground. 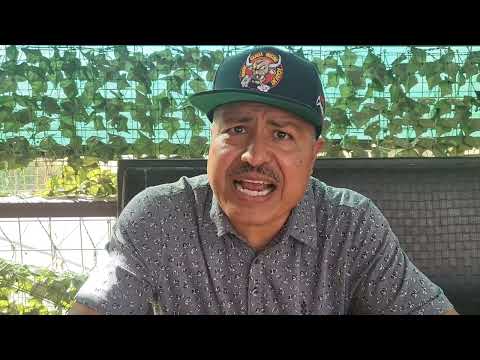 There are names like Chris Arreola and Otto Wallin in the frame as far as who Joshua’s next opponent might be, but the big fight Garcia wants is a fight we all want: Joshua Versus Deontay Wilder. Garcia says this fight, one that is guaranteed to end by a KO, could happen towards the end of next year.

“It would be a great fight because with Anthony and Wilder, we know it ends by knockout,” Garcia said. “Wilder just had one (over Robert Helenius, this in Wilder’s comeback fight), but I think Anthony Joshua needs two fights, just to get his confidence back up and then they could fight at the end of next year. It would be such a great fight because everybody knows it ends by knockout, everybody knows that whoever lands the first punch is going to win by knockout. So they are both going to be training so hard to not get knocked out. It would probably be the most entertaining fight in the heavyweight division because they are both big names and it would generate a lot of attention.”

This one would absolutely be ‘don’t-blink’ stuff. Who has the better chin, Wilder or Joshua? Who has the faster hands and therefore the best chance of landing that first punch? Who hits harder with a single shot (I think we all know the answer to that one!”). Who wins if/when these two giants finally collide, as surely they must?

We’ve been waiting a long time for this fight, and we’re not willing to give up on it yet.