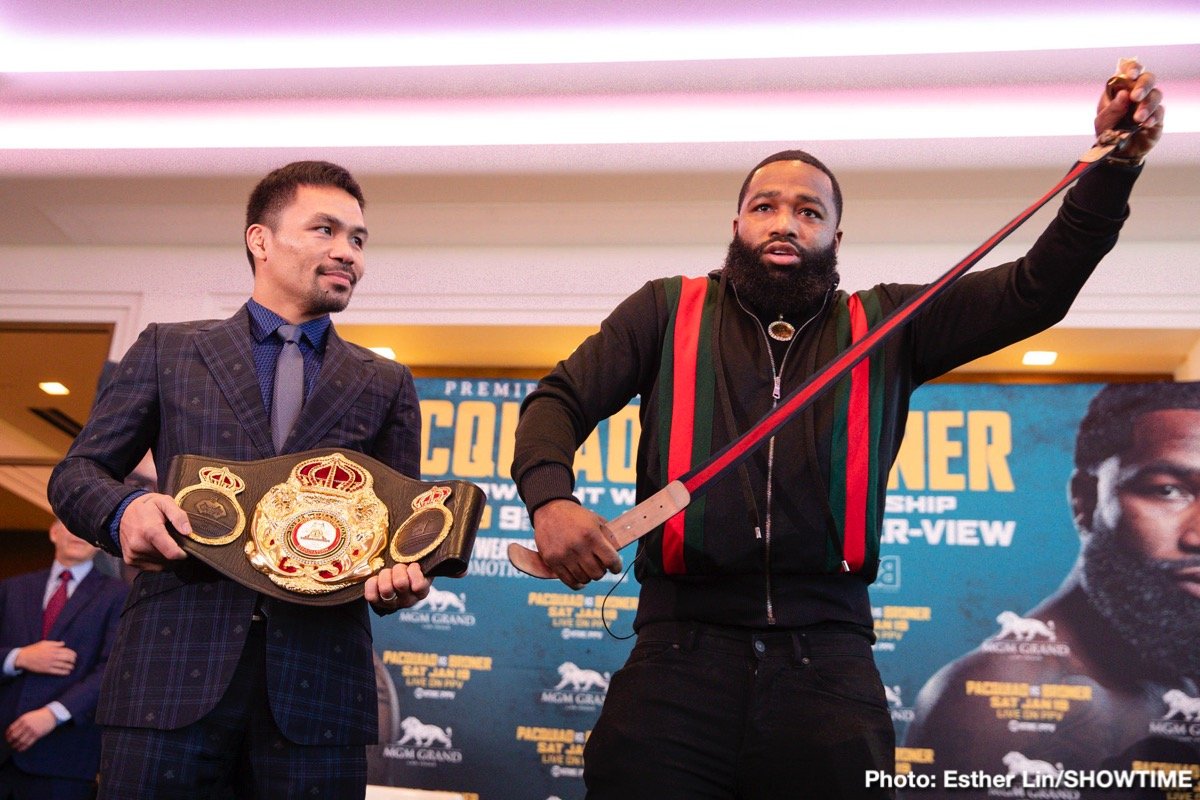 Hall of Fame trainer Freddie Roach may be guilty of being more than a touch biased, but he is absolutely certain his star pupil, Manny Pacquiao, has what it takes at even this stage of his career to defeat Adrien Broner. “Pac Man” and “The Problem” will clash on January 19th, and though Roach has urged Pacquiao not to underestimate Broner as he is the type of fighter who “can make you look bad,” the trainer is convinced Manny wins the fight.

Speaking with ABS-CBN, Freddie said “you can bet your house on it” that Pacquiao will beat Broner.

“Manny will kill Broner. You can bet your house in it,” Roach said. “Broner tries to fight like [Floyd] Mayweather but he’s nowhere near the skill level. He even uses the shoulder-roll. Broner’s the type who can make an opponent look bad so Manny can’t take him lightly.”

Broner is of course talking a great fight, even stating how he will “put Pacquiao to sleep.” That result would be a real shocker, even taking into regard the fact that Juan Manuel Marquez managed to KO Pacquiao in their final fight (a fight that took place six years ago today). Broner is of course no Marquez. And neither is he Floyd Mayweather. Pacquiao may turn 40 this month but for many he is the favourite to get the win in January. But will Roach be in Pacquiao’s corner?

“I hadn’t talked with Manny since the [Jeff] Horn fight, then we met up two weeks ago when he went to LA for the second stop in the press tour to promote the Broner fight,” Freddie explained. “We spoke for about 15 minutes. It’s up to Manny how he wants me to be involved with the team. I’m just happy to be back. He’ll be working out at The Wild Card, which is his second home. I’ll be ready to do whatever Manny wants me to do. It’s not a long training period for Manny, like eight weeks in total. We’re rushing it but Manny will be fine. There’s time to prepare. It won’t be a problem.”

If Freddie is not the head man in the corner, Buboy Fernandez will be. Roach has commended Fernandez on the job he did in the corner when Pacquiao took out Lucas Matthysse in his last fight. Now it seems Pacquiao will have both Freddie and Buboy in the corner with him for the Broner fight. It would be pretty impressive if Pacquiao was able to stop Broner, becoming the first man to do so.

As hard and as fast as he was punching in the Matthysse fight, we cannot rule it out.