Superstar Floyd Mayweather says he has been asked and asked, for years, to make a documentary about his life; his upbringing and his tough formative years being a thing of interest to many people. Well, Mayweather says he is now ready to do so, in the form of a docuseries. Speaking with TMZ Sports, “Money” spoke about how he has been in touch with Hollywood producers, to work on a documentary series to be entitled “The GOAT.”

Whether you feel Mayweather is The GOAT, of “T.B.E,” his story is undeniably one of interest and an in-depth look at Mayweather and his life would be something the fans would want to see. Mayweather says the docuseries will be “the good, the bad, and the ugly.” 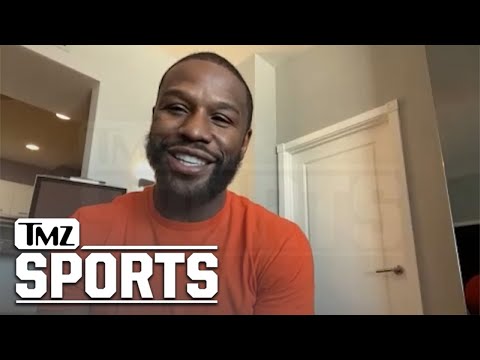 “I just feel the world should see a different part of Floyd Mayweather,” Floyd told TMZ. “I think the people should see a different part of me. I want to be able to tell my story in my way. The good, the bad, and the ugly. I don’t want the people to think I take certain pieces out and it’s all glory. There’s a lot of ups and downs in life every day. And there’s a lot of struggles. Since the beginning of my pro career in 1996, I’ve been asked, ‘Floyd, let’s do a documentary on your amateur career. How you dad went to prison. How your grandmother was cleaning hotel rooms and offices to take care of you. And how you was living in New Brunswick, New Jersey – seven of us in a one-bedroom.’ The story is just so amazing. Like I said before, the people are going to love it.”

Mayweather lives a lavish lifestyle these days, and he has done for years. Yet those early days were tough, from what we have seen and heard. A full documentary on the early years, with Floyd Mayweather Sr being the star fighter of the clan along with uncle Roger Mayweather, will surely be a fascinating watch. Mayweather’s 1996 Olympic agony will also certainly be focused on, when he was robbed of a gold medal.

Not everyone likes Mayweather, but everyone has an opinion on him and is interested in him in some way. Boxing documentaries can, if made right, be brilliant theatre. As far as Mayweather’s production goes, no expense will be spared. This docuseries could be special.