Floyd Mayweather Jr says the mega-fight between Errol Spence Jr and Terence Crawford is “not happening right now.” Mayweather states that he speaks with Al Haymon of PBC on a daily basis, and he knows for a fact that Spence vs. Crawford is NOT happening now.

Mayweather isn’t saying when the Spence-Crawford fight will happen, but he says it’s not soon. Floyd points out that the floated date of November 19th for the fight is inaccurate.

If that fight were taking place, then there would be press tours and conferences already lined up, and that’s not happening. While some boxing fans would argue that it’s in Mayweather’s best interest for the Spence vs. Crawford fight not to happen soon because it takes away interest in the exhibition matches that he’s peddling to the fans, he would know whether the fight is taking place because he’s tight with Al Haymon of PBC.

“They keep saying this fight is going to happen, and once again, this fight may happen, but further down the future. They said the fight was happening in November. November 19th, we’ll say, a month away, a little over a month away, six weeks, whatever.

“Whoever is speaking on this fight is going to happen, I don’t know who is the first person to write this. You got to realize this is a top-flight company,” said Mayweather when told that Mike Coppinger of ESPN is the one that said the Spence vs. Crawford fight will be taking place on November 19th.

“A lot of times people will clickbait. A lot of times, people will want a lot of likes or get a bunch of hype around a certain thing or their website or anything. As of right now, the Spence and Crawford fight is not happening.

“I’m not upset with him or upset with anyone, but as of right now, this is not true.

“Once again, me and Al Haymon are business partners. Me and Al Haymon speak every day. So no one can say I’m with Floyd Mayweather, but I’m not with Al Haymon. 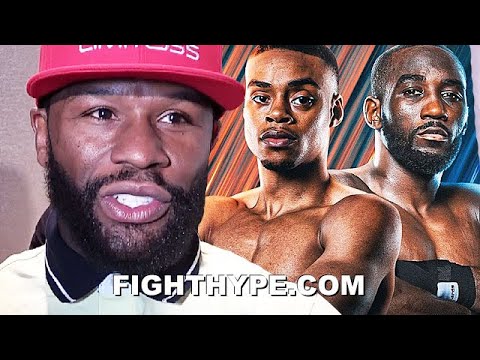