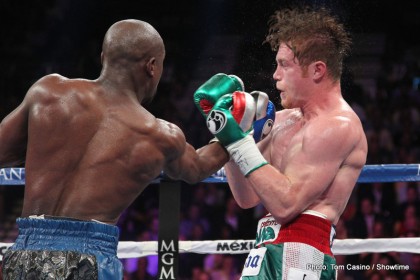 LAS VEGAS, NEV. (Sept. 14, 2013) – The undisputed, pound-for-pound champion put on a clinic against Mexican sensation Canelo Alvarez, handing the 23-year-old superstar his first loss in the toughest test of his career Saturday on SHOWTIME PPV at the MGM Grand Garden Arena.

“It’s all about skills,” Mayweather said. “I came out tonight and showed my skills. But a true champion like Canelo can take a loss and bounce back.

“My dad had a brilliant game plan. I executed that game plan. I could have pressed it and got the late stoppage, but tonight experience played a major key. Tonight was just my night.”

After the fight, a seemingly frustrated Canelo admitted that Mayweather’s skills and style of fighting were too much to overcome. 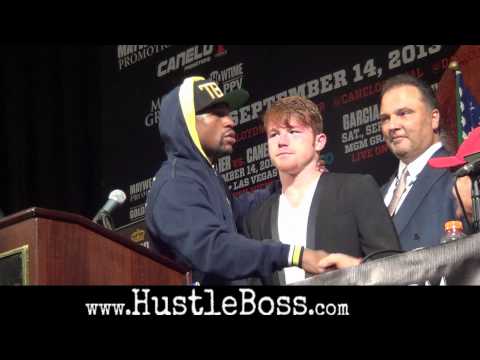 After calling Mayweather’s dominating performance SHOWTIME PPV play-by-play announcer Al Bernstein had an insightful observation about young superstar, “Canelo may be the fighter of tomorrow, but he’s not quite yet the fighter of today.”

The Mayweather-Canelo and Garcia-Matthysse bouts will air in the delayed broadcast on Saturday, Sept. 21 at 9 p.m. ET / PT (delayed on the West Coast).