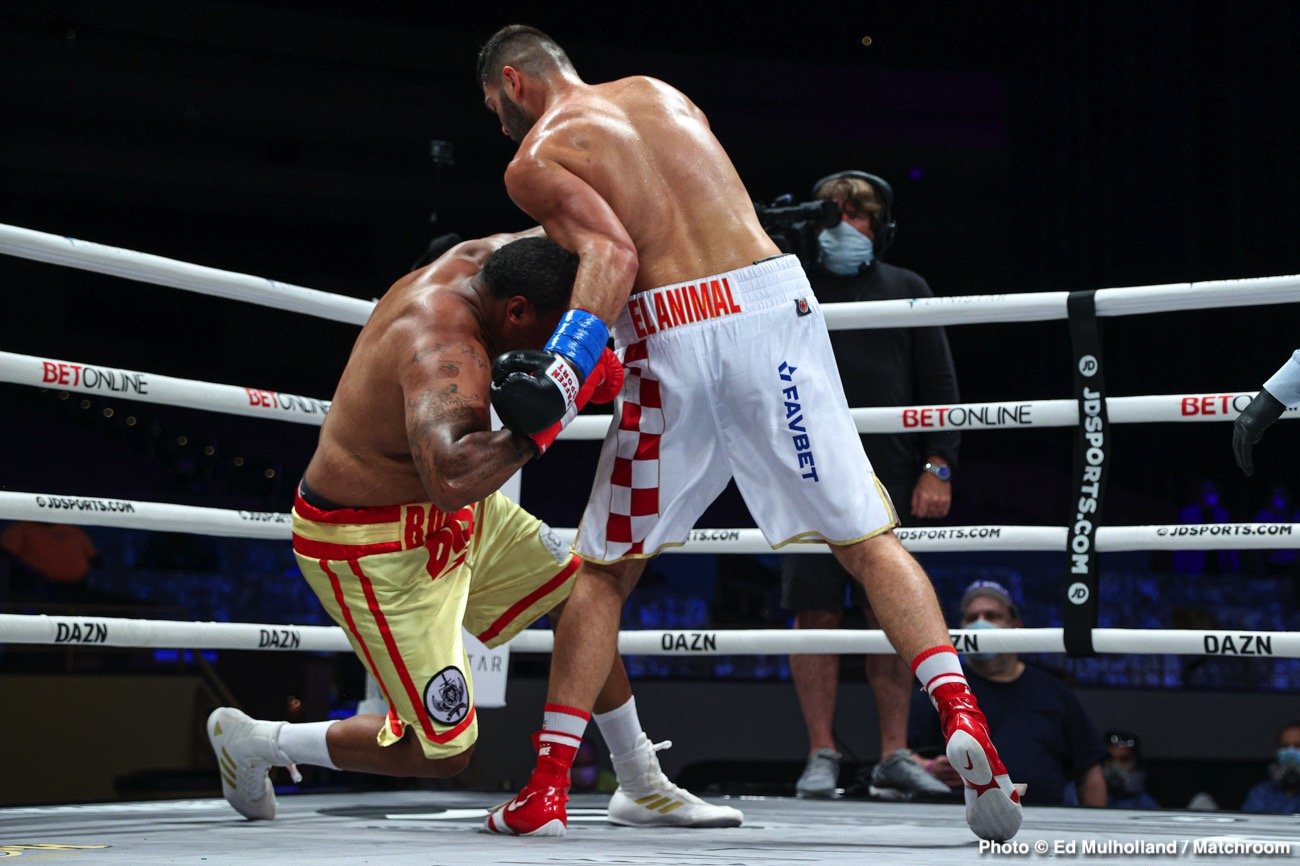 From the outset Hrgovic was in control of the fight, taking the centre of the ring from the first bell and keeping Booker at range behind a solid jab.

Landing big shots throughout, ‘El Animal’ was able to pick shots off smartly against a man who took Kubrat Pulev the distance in his last fight.

In the second round Booker was on the canvas twice. While the first was deemed a slip, the second was very much thanks to a heavy blow from the dominant Hrgovic. Able to let his hands go while Booker was on the ropes toward the end of the round, a powerful hook had the American down.

After more sustained pressure, throughout the third and fourth, with Booker rarely able to muster up much in way of return, Hrgovic closed the show. Giving his man no openings and landing too many of his own, the referee waved the fight off and Hrgovic took his record to 12 – 0 – 10KO’s.

After the fight Hrgovic said “I have a message to the heavyweight division. Fight me. There are big fights out there, I am ready for all of them. I can out box and I can knockout. Tonight, Rydell was good and it was good to get the win against him, but now I want to look to who is next. I am ready.

Promoter Nisse Sauerland followed “Tonight we saw Filip do what he said he was going to do at the press conference. He was going to outbox and knockout a man who hadn’t been knocked out before. He showed his ability to control fights, he has 10 knockouts from 12 fights, 5 now consecutive.”

“Credit to Rydell Booker, he took the fight and tried to come forward. He’s a good boxer with a good record, but tonight he had no way of finding a way through. Filip belongs at the top table, and soon he’ll be there.”