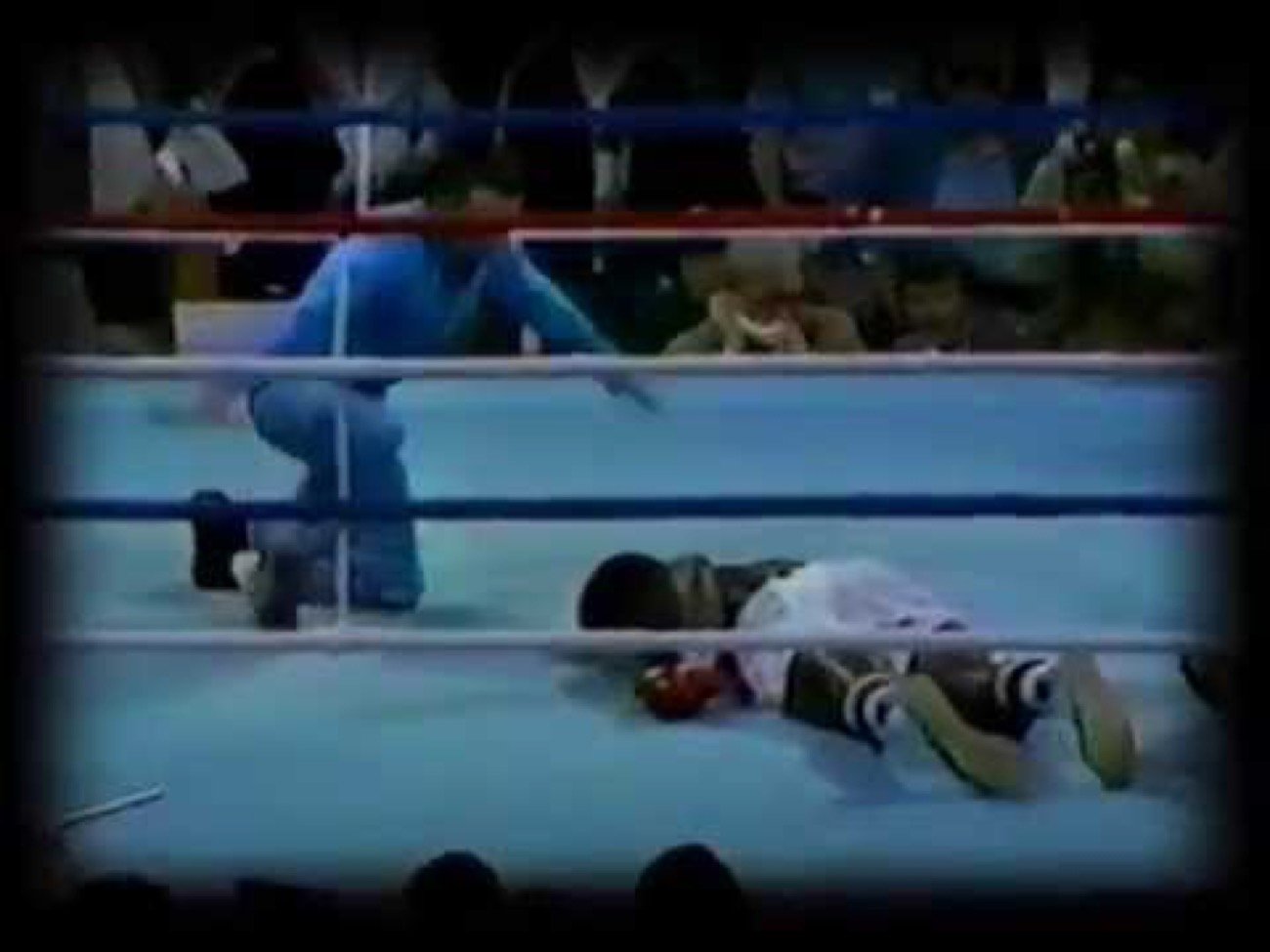 Mike Weaver, dubbed “Hercules” because of his incredible physique, fought some memorable fights at the tail-end of the 1970s. This a genuinely glorious era for the heavyweights. Weaver then won the WBA title in the early 1980s, going on to establish himself as perhaps the best, most dedicated heavyweight of the so-called ‘Lost Generation.’

Weaver, who turns 70 later this month (yet still looks ten, maybe 20 years younger), never fell into drugs or vapourised in a state of self-pity. Instead. The former Marine fought the best, again and again, and he always gave his best.

Here, after he had finished a training session in his house, Weaver was kind enough to speak with ESB:

Q: You fought in a golden era for the heavyweights – with yourself, Larry Holmes, Ali, Ken Norton, and so many more…

Q: The heavyweights today are around 6’6” or 6’7” – but nobody had a physique like you, champ! Have you ever thought about if you were around today, maybe lifting weights in training, how much bigger you might have been in terms of weight and muscle!

M.W: “I was not so tall, at 6’1”, and I never did lift weights. I did a whole lot of push-ups when I was training for a fight. I was never no weightlifter. Me, [if I was] around now, I would have been around the same, I think (in terms of weight). I would never have wanted to be too big because it would have slowed me down.”

Q: It’s amazing to think, but you actually lost your pro debut yet went on to win the heavyweight title. Who was that guy, Howard Smith! (who beat Weaver in his debut)

M.W: “I not only lost my first fight to him, I lost my second pro fight to him (laughs). They offered me that fight, he’d had maybe six or seven fights, and I said sure. I took the fight, and that was it, I was out of condition, and he stopped me. I wasn’t throwing back. The return, I was in better shape, but he won a decision over me.”

Q: You never gave up, though?

M.W: “Ken Norton came to the gym, and he told me that if I took fights seriously and trained accordingly, I could go on. It was Ken who gave me my Hercules nickname. So I never got discouraged. I had sparred Ken Norton, and he really did give me a lot of encouragement.”

Q: The fight you went on to have with Larry Holmes in June of 1979 was a great one.

Read:  Amir Khan on Why He Took “Crazy” Fight With Canelo: “Floyd Mayweather Was Being A P***y

M.W: “Yeah, it was. I knocked him down early, and they called it a slip. It was no slip (laughs). He knows. Larry knows. But he really had one of the best chins. I was hitting Larry Holmes with everything. He called me later, and he told me that, between Ken Norton and myself, he was two for two (laughs). We both gave him great fights.”

Q: And you bounced back and scored that amazing KO, one people still talk about, over John Tate, in the 15th round, to become WBA heavyweight champ, this in 1980. People really do still talk about that KO. All Tate had to do was stay upright for 45-seconds!

M.W: “Yeah. I’d lost all those rounds, and he was looking at a fight with Muhammad Ali. Maybe he was thinking about those five or ten million dollars (laughs).”

Q: If you had lost that decision and not got that stunning KO, would you have retired?

Q: But you got that KO, and your career blossomed.

M.W: “Yeah, I defended my title twice (beating James Tillis and Gerrie Coetzee), and then they took it from me. The [Mike] Dokes fight.”

Q: Yeah, a premature stoppage (Weaver being stopped in the 1st round, when seemingly unhurt), and then you two boxed a 15 round draw in the rematch, which most people felt you had won…..

M.W: “Dokes was very fast, but I got robbed twice. That really did discourage me. At that time, boxing wasn’t the best thing, you know. From there, I did go downhill. I carried on fighting, but I was never the same.”

Q: You certainly never got any favors during your career.

M.W: “Exactly. I was never given a break. I was the guy who was never supposed to be there. ”

Q: Do you ever think about those guys you fought – Tate, Dokes, and now they’re dead, in fact, have been for a while? Even Ali is gone, yet you’re still here.

Q: When people recognize you, they think you’re what – 50?

M.W: “(laughs) Yeah. All the time, when I’m with my daughter, people cannot believe I’m her dad! People ask me, ‘How do you do that!’ I am blessed. I still work out, train at home. In my career, if I was offered a fight, I took it. That’s what I was, a fighter. That’s what I did.”

Q: You served in Vietnam, too?

M.W: “Yes, I did. That was where I got into boxing. I knocked out the Marine Corp champion. I never knew who he was. I thought he was just a guy being rude who was drunk (laughs). Anyway, after I knocked him out, they told me who he was, and they told me I should be a fighter.”

Q: What became of him, do you know?

Q: What was your favorite punch during your career? You had power in both hands.

Q: Was Holmes the absolute best you fought?

M.W: “Yes, Larry Holmes was the cream of the crop. He was the best I ever fought, yes.”

Q: You were close to fighting Gerry Cooney when you were champ?

M.W: “Yes. It was supposed to happen, but I fought [James] Tillis instead, and he [Cooney] wound up fighting Holmes. The Cooney people came to my house, Dennis Rappaport, and I said I’d fight him [Cooney] after I fought Tillis. They said, ‘ok,’ but then he [Cooney] fought Holmes. But that would have been a great fight, me and Cooney.”

Q: Did you ever come close to fighting Earnie Shavers? That would have been some fight!

Q: You had a great career, champ….

M.W: “Yeah, from a kid who hated boxing. I put the gloves on at age 19, and eventually things happened. Thank you. And thanks to all my fans.”

Q: Thank you, and happy birthday for your 70th.