Sanchez: “If I Could Fight The Hamed Fight Again? A Different Referee Would Be Nice!”

Las Vegas’ Augie Sanchez was a decorated amateur, best known perhaps for his win over Floyd Mayweather in the Olympic Trials. As a pro, “Kid Vegas” gave the fans a truly sensational fight, this against Naseem Hamed in 2000. Sanchez lost to Hamed yet he dropped “The Prince” (although the referee blew it by calling the knockdown a slip) and Sanchez cracked Hamed with numerous hard shots.

It was an all-out war and Sanchez was stretchered from the arena, the victim of a savage knockout. Sanchez fought three more times; scoring KO wins over Luisito Espinosa and Daniel Jiminez, and being stopped by John Michael Johnson. At the young age of just 24, Sanchez quit the ring and became a trainer.

Today, Sanchez trains fighters in Las Vegas and he says he would naturally like to guide a fighter all the way to a world title.

Q: Looking at your great amateur career, I guess people ask you all the time about the win you scored over Floyd Mayweather?

Augie Sanchez: “I remember that [fight] like it was yesterday (laughs). Yeah, it was a very entertaining fight. Me and Floyd go back, to 1994, when we both made the team and were both Golden Gloves champions; at the time, he was boxing at 106 pounds. And later on that year, we were in Colorado Springs at the Olympic training centre, getting ready for the Olympic festival. So we were room-mates and we became close and had a good friendship. And then he decided to move up, skip the 119 pound division and go to the 125 division. And that’s when I ended up meeting him in the Nationals, the first year. A lot of people don’t know about the first time we fought, when we fought in the Nationals, in the semi-finals. And we fought again at the Olympic trials in the finals and that’s when I ended up beating him. It was a great fight and I managed to land some great power shots on him. I beat him by countering and timing his punches.”

Q: Do you think the amateur style suited you better than the pro style?

A.G: “No (laughs). No, my style was always more of a case of landing power shots, more effective blows as opposed to ‘pitter-pat’ shots. My style was more geared to being a professional, sitting back slipping the punches and being more of a counter-puncher and being effective with power punches, controlled aggression, cutting the ring.” 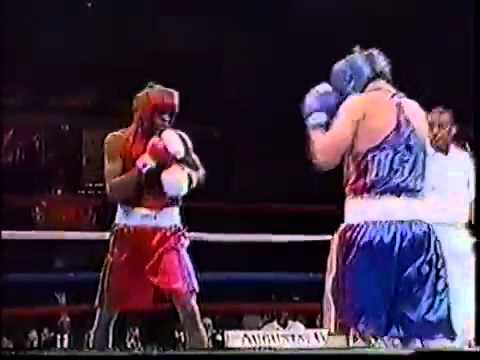 A.S: “Yeah, I fought Diego Corrales at the 1994 Olympic festival. He was a really good fighter and a really hard, hard puncher. He was probably one of the hardest punchers I fought. We were also friends but we were both trying to accomplish the same dream. He was a heck of a fighter. I miss that guy.”

Q: The Hamed war was special. What are your recollections of that one? It was a crazy fight!

A.S: “Yeah. It was basically, I’m a hard puncher, he’s a hard puncher, and it was kind of one of those fights where whoever lands their shot is gonna win the fight. I didn’t feel it was going to go to a decision; either he was going to land or I was going to land. I feel a lot of people underestimated me a lot in that fight but I also feel I exposed him a lot. I think Marco Antonio Barrera capitalised off that fight, and he did what he had to do to get that win. But I wanted to have the opportunity to fight for a world title and they brought that to the table and I took it right away, not a second thought. I did drop him and I wish he would have stayed down (laughs).”

A.S: “Yeah, the only person who was giving me props was George Foreman. George gave me praise and any kind of a chance [of winning] The other commentators were basically saying I didn’t have a chance. The referee didn’t count that knockdown (in round two) even though it was clear as day. But it was a great fight, it was fun (laughs). I was very excited for that fight.” 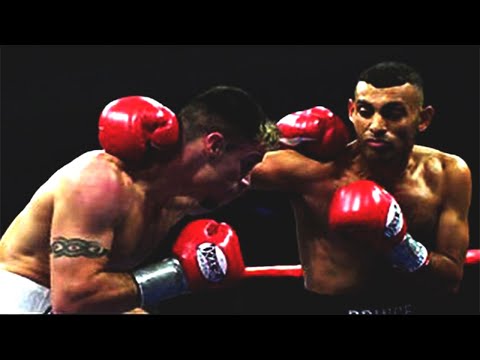 Q: It’s a classic slugfest, perhaps even better than Hamed’s great fight with Kevin Kelly. You caught Hamed with lots of shot, really knocking his head around. Hamed’s power saved him though?

A.S: “Oh yeah, definitely. I felt I had the right game plan and as you saw, I was making him throw and I was countering him. Because he was a counter-puncher himself, so he would wait. I put the pressure on to make him throw so I could counter and it was working. One time in the fight, he came off the ground and he caught me in between a break and that’s what really changed the fight. At that point, my game plan was kind of out the window – it was [now] just fighting and reacting.”

Q: You seemed to keep your composure despite how wild the fight was.

A.S: “I’m glad you can identify how good the fight was. I kind of make fun of it, but it was the best four rounds of his career.”

Q: You got a good win right after the Hamed loss, beating Luisito Espinosa.

A.S: “Yeah, I fought Espinosa straight after I ended up putting on a great performance. I actually think that was probably my best performance. Not to pat myself on the back, but I think my level, my IQ was much higher after the Hamed fight. A lot of people were telling me that fight was too soon for me. But I wanted that fight and my head movement, my defence, my power, everything was on point.” 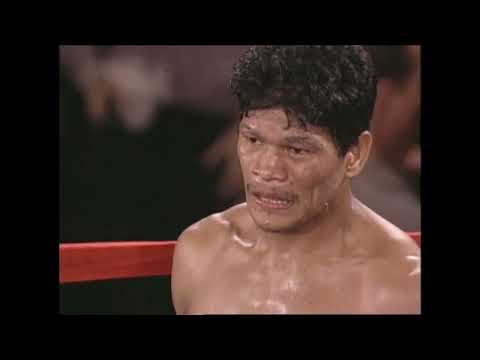 Q: If you could go back and do the Hamed fight again, what would you change?

A.S: “To be honest, I wouldn’t change anything – maybe a different referee (laughs). I think if he’d had more control of the fight, who knows? But I do think my performance was good but the referee could have done a better job.”

Q: You retired very young. Were you happy to walk away?

A.G: “Yeah, I was. It’s a case of, you have to love what you do, your job. And I always loved boxing, I crawled into the ring of course and I’m always going to be involved in the sport. For me at that time, I didn’t have that passion any more, to go running, to train, and I felt it was my time to stop and that if I didn’t stop I’d just be doing it for the wrong reasons. So I started coaching. I was the 2016 Olympic coach in Rio, so I achieved my dream of boxing at the Olympics although I was outside the ropes. It was a great experience and accomplishment. So now I’m coaching the youth National Team and I’m here in Vegas coaching locally – pros, group sessions. I want to establish the next chapter of my career. I want to help these young people achieve their goals.”

Q: It’s been great speaking with you. When you look back, is there anyone you wish you had fought?

A.S: “I would have liked to have fought Barrera, or Wayne McCullough. I think they’d have been good fights. That was one of the toughest divisions at the time, where all the action was. Everyone fought each other, there was no ducking going on.”