Living legend Evander Holyfield, the only four-time heavyweight champion in boxing history, celebrates his 60th birthday today. It’s tough to believe “The Real Deal,” or, if you prefer Evander’s other handle of “Warrior,” is 60 years old. Holyfield, as we know, actually fought (or tried to fight) not too long ago, this against Vitor Belfort. Now, the gloves put away for good, Holyfield can bask in the glory of a truly magnificent ring career.

It’s funny, but looking at Holyfield’s numbers, his career might not appear to a casual fan to have been all that special; there are after all 10 defeats on Holyfield’s pro record. But Holyfield is a fighter to point at firmly when you wish to raise the argument that a nice, shiny, unbeaten record isn’t the be all and end all in the sport of boxing. Holyfield literally fought them all, opponents he could so easily have swerved. Unbeaten, maybe even unbeatable, at cruiserweight, Holyfield’s real goal was to become heavyweight champion of the world. 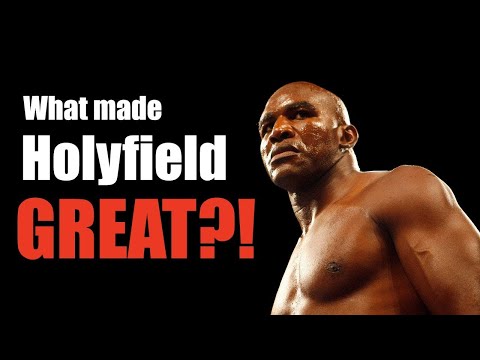 After that controversial fight at the ’84 Olympics in which he was disqualified in his bout with Kevin Barry, Holyfield having to make do with a bronze medal, the 22 year old went pro. Making incredible progress and being moved super-fast, Holyfield was WBA cruiserweight champ after just 12 fights. But was a twelfth fight his war with Dwight Muhammad Qawi really was. All these years later, and Holyfield still calls that 15 round slugfest the toughest, most gruelling fight of his career. Holyfield even considered quitting, this as he lay in hospital, drained, depleted and exhausted.

But Holyfield fought on, of course – and he soon unified the cruiserweight titles; this after just 18 bouts. Then Holyfield bulked up and invaded the heavyweight division; his eyes firmly on Mike Tyson. The Tyson fight would not come for many years, with Evander instead crushing Tyson conqueror Buster Douglas to take the heavyweight crown in October of 1990.

Holyfield was never matched easy as he set about defending the title. George Foreman, a motivated Bert Cooper, Larry Holmes, and then Riddick Bowe challenged “The Real Deal.” Bowe beat Holyfield in a classic fight. Holyfield stunned fans with his revenge win over Bowe (this a fight that saw a certain “Fan Man” drop in), before he sensationally suffered a heart attack in his fight with Michael Moorer. This was surely the end for Evander.

But no, after being “healed,” Holyfield came back, his head shaved. A solid win over Ray Mercer saw Holyfield earn a third fight with Bowe. This time, fighting for the WBO belt, Holyfield dropped Bowe heavily but was then stopped himself in eight rounds; this the first stoppage loss of his career. This was surely the end? No again.

Holyfield came back yet again, beating Bobby Czyz in five. But Evander had not looked good in the fight, and fans everywhere feared for his very life when it was announced he would fight Tyson – “Finally” – in November of 1996. If Holyfield stunned fight fans with his rematch win over Bowe, he shocked the entire world with his 11th round KO win over Tyson. Holyfield had at last won the fight he really wanted, while he was now a three-time heavyweight champ.

This would have been the perfect time for Evander to walk away, yet on he went. The infamous “Bite Fight” rematch with Tyson sickened the world, and then Holyfield had two hard and damaging fights with Lennox Lewis. The draw that was handed in at the conclusion of the first fight was widely condemned, while Holyfield did better in the return but was still outpointed. This HAD to be the end for Holyfield, right? Wrong.

Incredibly, Holyfield would not only have a further 16 fights after the loss to Lewis, he would also reign again. Holyfield boxed an odd, at times dull, at times eventful trilogy with John Ruiz, with Evander winning the vacant WBA heavyweight title in the first fight with “The Quiet Man.” But Holyfield was a shadow of his former self at this point, his stubbornness and pride forcing him to keep fighting. Losses to Chris Byrd, James Toney and Larry Donald came, yet still the now 42 year old Holyfield refused to retire. 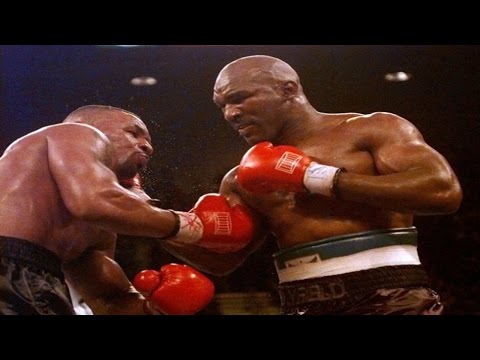 Astonishingly, two more world title fight opportunities came Holyfield’s way! A clear decision loss to Sultan Ibragimov in a duller than dull fight did nothing for Holyfield’s legacy, yet the following year, against man-mountain Nikolay Valuev, Holyfield was judged to have been extremely unfortunate not to have been awarded the decision and with it Valuev’s WBA heavyweight belt. Had justice been done in Switzerland, Holyfield would have become a FIVE time heavyweight ruler!

The neat and tide, in and out boxing display Holyfield put on over 12 rounds against the lumbering Valuev was his last noteworthy performance. After that came a win over Frans Botha, a NC with Sherman Williams, and finally, after almost 27 years spent in the pro ring, a win over Brian Nielson.

And with it a special place in boxing history. What a career Evander really did have.