When exactly was it when talk started, serious talk, that suggested, with varying degrees of insistence, that Deontay Wilder just might be the hardest hitter in all of boxing, in all of heavyweight history? Maybe it was around the time of his chilling, Wilder-thought-he’d-killed-him knockout of Artur Szpilka. Maybe the talk really got going after Wilder’s one-punch blast-out of Luis Ortiz in their return fight?

But Wilder’s rep as one of the truly great punchers was going up, up and away. It wasn’t just a few people saying that Wilder’s vaunted right hand deserved to be ranked very highly in the pantheon of brutal punches; experts were on board, respected experts. Then Wilder failed, for the first time, to win a fight. Wilder dropped Tyson Fury twice – the second time in the final round of their December 2018 fight with a sizzling two-punch combo, but Fury somehow got back up – yet Deontay had to make do with a draw. 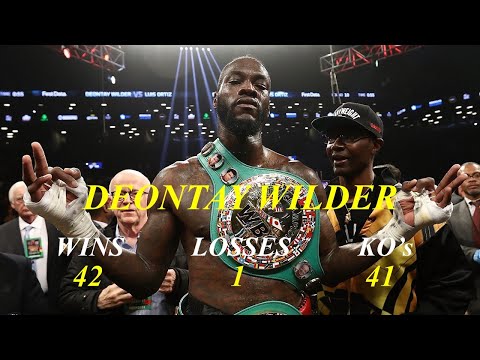 Had Wilder’s myth as an all-time great puncher been exposed? Wilder came back and wiped out Dominic Breazeale in quick fashion, then came the Ortiz rematch – and then the two stoppage losses to Fury. Suddenly, though Wilder had Fury down heavily on two occasions in the third fight, less people were calling Wilder the hardest puncher of all-time.

But Saturday night saw Wilder come back. With a bang. Going backwards, not loading up and not being in a great position balance-wise to score a KO, Wilder nevertheless sent comeback foe Robert Helenius into a short, frightening sleep with one, “it didn’t even look like a hard shot” right hand. Now, the experts are back calling Wilder the hardest hitter in all of boxing. Some of them, anyway.

This is what Barak Bess of The DAZN Boxing Show had to say about Wilder’s punching prowess:

“I want to go on the record and say Deontay Wilder is the hardest puncher in boxing of all-time,” he said shortly after Wilder’s annihilation of Helenius. “Just talking about George Foreman. George Foreman was a really big guy who swung for the fences. He made Joe Frazier jump! But those punches looked like they were meant to hurt. Deontay Wilder, I’ve seen him graze fighters and drop them. This particular punch was a counter-punch against the ropes. He wasn’t even positioned properly. Still, it should not have given us that result. Deontay Wilder’s power is God-given. That’s what you call freakish power.”

Indeed, Wilder’s one-punch KO of Helenius was so, for want of a better word, freakish, what with him not loading up or setting his feet, that some fans declared the end result to be bogus. Helenius took a dive, they said. This is the kind of power a Wilder punch can have; and not only on his opponent.

Plenty of other people who are living on planet earth also praised Wilder’s bone-chilling power. How about this from Joe Rogan:

“It’s absolutely f*****g amazing the power that “The Bronze Bomber” can generate,” Rogan wrote on social media. “He’s truly unlike anyone I’ve ever seen in the history of the heavyweight division. You can make no mistakes with this man. There have been many incredible KO artists in the history of boxing. But for my money he’s the most impressive. If you look at that punch (Vs. Helenius) it wasn’t even with full leverage and his opponent instantly shuts off. It’s what the great Firas Zahabi calls ‘the touch of death.’”

Speaking of death, Ortiz spoke with Blue Blood Boxing, and Ortiz, who knows all about Wilder’s wicked punching power, had a chilling prediction for what he thinks will happen if Wilder fights Andy Ruiz:

So, are all these people and more wrong about Wilder and his all-time special punching power? Legends like George Foreman, Earnie Shavers, Max Baer, Sonny Liston, Joe Louis and others will always be ranked by many as the hardest punchers ever. And that’s just the heavyweight division. But could it be that, with one punch, Wilder hits harder than any of those guys ever did? Maybe.

For now, the Deontay Wilder KO Train is back running at full speed.