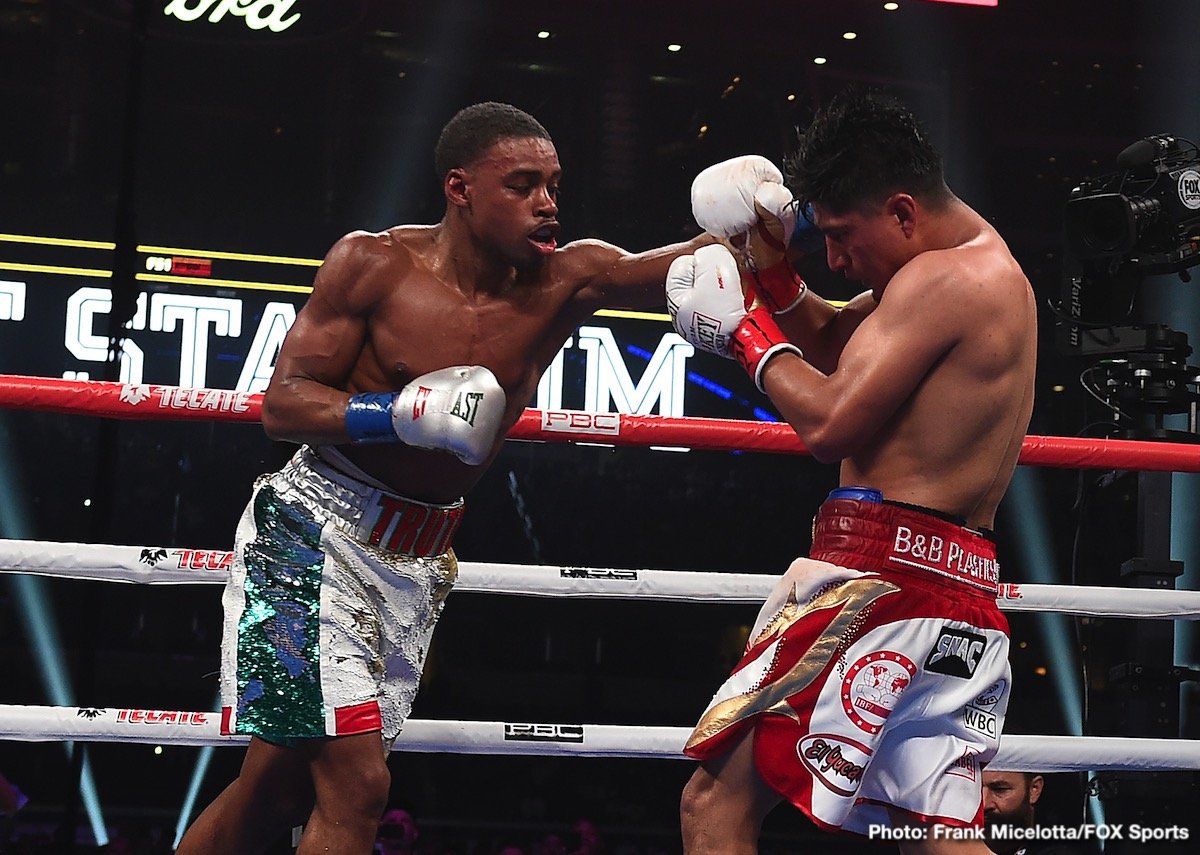 IBF welterweight champ Errol Spence is looking forward to his next fight. Speaking with Fight Hub, “The Truth” said his fight with Shawn Porter, the reigning WBC champ at 147 pounds, is a “done deal.” Spence, 25-0(21) was coy when it came to giving an exact date but he repeated that the fight will indeed happen some time in September. And Spence said he is expecting an action-packed fight.

Spence said that his goal is to become the undisputed champ at welterweight and then move up to super-welterweight and “get all the best at ’54.” But first comes the teak-tough Porter, a man who has never been stopped. Spence said he fully expects to be able to dictate the action.

Spence had better not be taking Porter lightly or underestimating him. Yes, Spence, a slick southpaw, is a better boxer than Porter, but Porter, with his sheer aggression, his toughness and his determination and his seemingly limitless stamina, has overcome more talented boxers than himself before. Last time out, in struggling to win a decision over the tricky Yordenis Ugas, Porter looked poor, but when he’s on form, when he’s on fire, as he surely will be for the Spence fight, he can be a genuine nightmare for any welterweight.

Maybe Porter, 30-2-1(17) will bring out the very best in Spence, make him work harder than he ever has before; certainly harder than the too small Mikey Garcia managed back in March. The fight is yet to be officially announced but Spence says it is just a matter of time. The 147 division could see two great fights play out over the summer, with Keith Thurman and Manny Pacquiao also set to rumble. But what about Terence Crawford? As good as the reigning WBO champ is, is he running the risk of being left behind if he doesn’t get himself a big fight soon?

We all know the welterweight fight we really want to see, don’t we!