Showtime’s Stephen Espinoza says that if one of the Middle East countries like Dubai or Saudi Arabia pays a huge site fee to stage the Errol Spence Jr vs. Terence Crawford fight, they’re most likely going to want to broadcast the match on their local time.

With Saudi Arabia or Dubai paying upwards of $40 million for the Spence-Crawford, they’re not going to wait until 2:00 A.M. their time to show it.

What this means is the fight will wind up being shown in the afternoon U.S time, which could take a huge bite out of the pay-per-view numbers. American boxing fans are accustomed to watching fights in the evening from 9:00 p.m. to 11:00 p.m. They’re not likely to tune in for a Spence vs. Crawford fight if it’s staged at 2:00 p.m. ET.

“It helps. One of the issues, particularly with whether it’s Dubai or Saudi Arabia or any of those places, if they’re going to pay $30 to 40 million dollars, they’re going to want it on their local time,” said Showtime’s Stephen Espinoza to All Access Elite Boxing about a fight between Terence Crawford and Errol Spence Jr.

“No one is going to pay a premium fee and say, ‘You got to go at four in the afternoon or two in the morning, whatever the time is,” said Espinoza.

“The way it works out in Saudi Arabia and Dubai in particular, if they want it in their primetime, that’s going to be in the afternoon here.

“And then the question is, is it better for that fight to happen on an off time at a point where the U.S fans don’t have access to go, or should we hold out and try and make it where the U.S fans can enjoy what I think should be a fight here in the U.S at a time where it’s going to get the biggest audience?

“Look, there’s no easy answer. It’s sort of a toss-up. Would you rather the fight happen, even if it’s not in the ideal conditions? Maybe so, but I think in an ideal world, we get to the point, and maybe we have to just grind through the deal and lock everybody and force them to come to an agreement and say, ‘This is what it’s going to take, and you’re not coming out of the room until we have a deal,” said Espinoza. 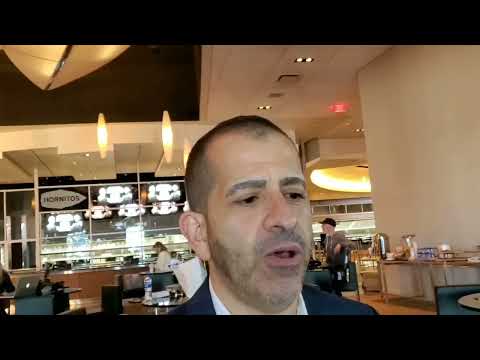