The heavyweight clash between Joseph Parker and Joe Joyce, already a big and important fight, is now even bigger and even more important. The fight that will take place on September 24 will now contest the WBO interim heavyweight title. Joyce is currently ranked at the top of the WBO heavyweight rankings, with former WBO champ Parker directly behind him.

September’s winner will emerge in a very strong position for a shot at Oleksandr Usyk, who as we know currently holds the WBO/IBF/WBA heavyweight titles. However, there is no guarantee the Parker-Joyce winner will face Usyk next, or even at all. The massive four-belt heavyweight unification showdown with Tyson Fury is the fight Usyk wants, and this fight alone; with the Ukrainian stating that, if he doesn’t fight Fury, he “isn’t fighting anyone.” 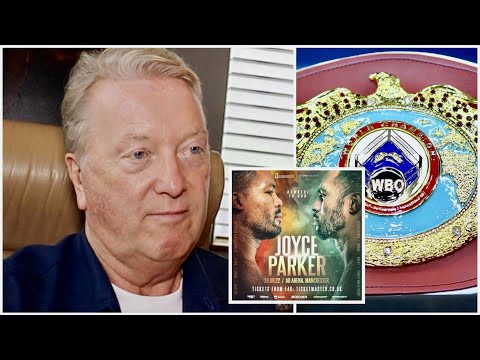 And of course, with all due respect to Parker and Joyce, Fury vs. Usyk is THE heavyweight fight to make, the heavyweight fight the sport needs. Parker, if he wins, or Joyce if he wins, may end up fighting someone else other than Usyk or Fury, as the winner of their massive clash may well walk away, content and fully satisfied with all he has achieved. Could the Fury-Usyk victor be able to get ‘up’ for any further fight or fights?

We will of course have to wait and see how things turn out in the often-unpredictable heavyweight division. For now, Parker and Joyce will be super-motivated for their upcoming showdown. These two have respect for each other, but at the same time, there is a touch of bad blood in the air; Joyce vowing to make Parker “pay for making me wait” – the fight initially set for July, with Parker moving away from the fight to sign a deal with BOXXER, and then returning to the fight.