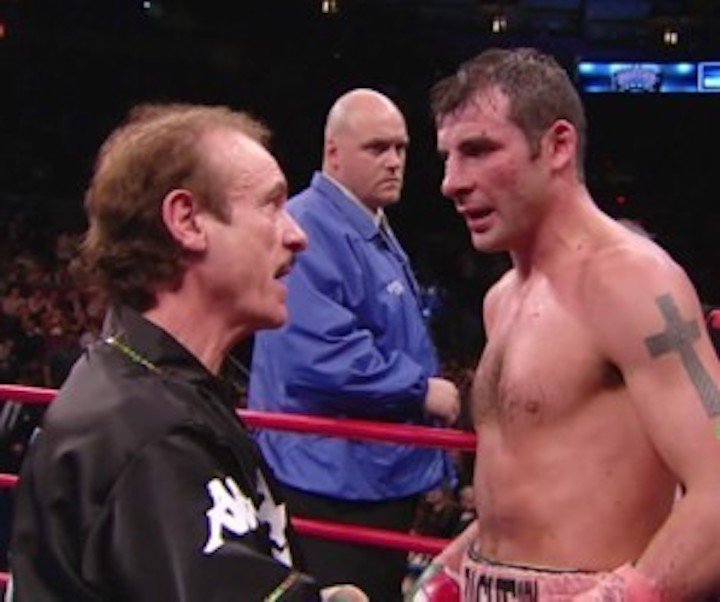 Despite a number of webs sites and news outlets jumping the gun with the “false news” that Enzo Calzaghe, father and trainer of all-time great Joe Calzaghe, has passed away, the 69 year old is “still fighting” in hospital. The Calzaghe family has asked for privacy at this time, as well as sternly denying the reports that say Enzo has died.

“Enzo Calzaghe, my uncle, has not passed away, this if false news, he is alive but very poorly,” Enzo’s niece Carrie posted on social media a short time ago. “Please allow space for our family at this time. He is alive and still fighting.”

A number of esteemed websites and news outlets have already published an obituary on Enzo, with tributes coming in also. Let us all hope Calzaghe makes a full recovery.

A fine trainer who, despite having had no real experience, coached three men to world title wins, Enzo made his name with: Enzo Maccarinelli, Gavin Rees and of course his son, the jewel in his crown, Joe Calzaghe. With his father training him inside their no-thrills metallic gym in the Welsh mountains, and Joe then receiving his dad’s words of wisdom in the corner, “The Pride of Wales” was able to come through each and every pro opponent he faced.

Retiring with a superb and unblemished 46-0 record in late 2008, Joe proved that this particular father and son partnership worked brilliantly, when this is so often not the case in the sport of boxing. Calzaghe, arguably the best super-middleweight in the history of the division – or at the very least top-two or top-three – never parted ways with his father and looked for a more glamorous trainer, not even when the big, big money began to roll in.

A genuine 50/50 partnership, Calzaghe and Calzaghe conquered the boxing world and they did it with modesty and with sportsmanship. Could Calzaghe have been the great fighter he became with the guidance of his father? Not a chance.

Enzo’s family will let fans know about any developments regarding his health:

“We will keep you posted and let you know how he is doing when we can. Please allow and respect our privacy at this time. Thank You. Team Calzaghe.”