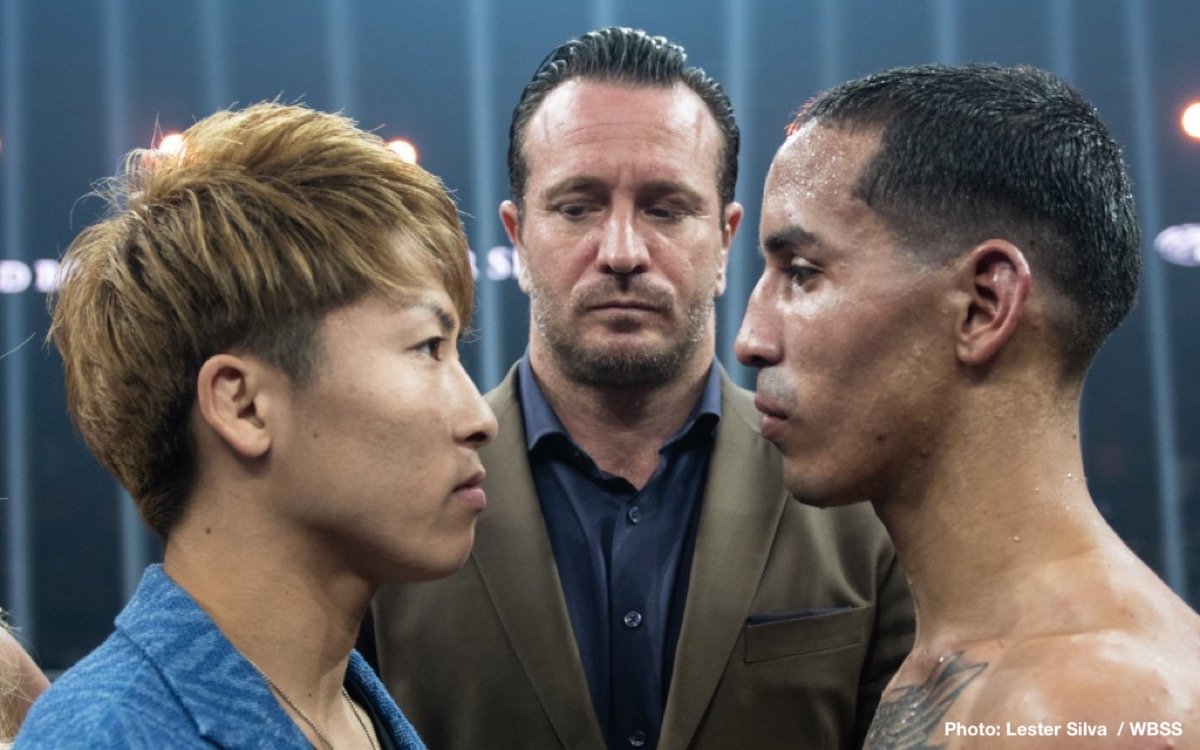 Thanks to one monstrous-punching, all-conquering KO machine, the bantamweight division is arguably one of the hottest divisions in boxing right now. Japanese banger Naoya Inoue is lighting up both the sport and his weight division, and the ongoing World Boxing Super Series tournament that Inoue is taking part in is also attracting genuine fan attention.

Yesterday, Puerto Rico’s Emmanuel Rodriguez advanced to the next stage of the WBSS tourney by beating Jason Moloney to retain has IBF belt at 118 pounds, which means the unbeaten Rodriguez will be the next bantam to face Inoue: AKA “The Monster.” It could indeed be a scary thought for the Puerto Rican; not that he would admit his trepidation.

So far in his pro career, Inoue, 17-0(15) has fought just twice at bantamweight – and neither the capable Jamie McDonnell nor the tough and tested Juan Carlos Payano managed to last a combined six-minutes with the 25 year old from Japan. What can we now expect from Inoue-Rodriguez?

Another quick blast-out from Inoue seems to be the obvious answer. Rodriguez is taller than the reigning WBA bantamweight champion and he also has a longer reach. Rodriguez has also shown a good chin, fast hands, a good work-rate and fine boxing skill. But guess what – against the single hardest hitter in the game today, this may not prove to mean a thing.

Lethal early on, Inoue, who doesn’t even appear to be either loading up on his shots or possessed by a ‘get the KO or else’ mindframe, has been utterly frightening with his brutal efficiency. With either hand, with stunning timing and accuracy, Inoue has ruined some very good fighters. Might Rodriguez be next?

After yesterday’s Rodriguez win, Inoue, a ringside guest, posed for a picture with the man he will next fight. Inoue smiled respectfully and pointed a finger at Rodriguez. Was “The Monster” really saying, ‘you’re next!’ At some point in time, someone, some bantamweight, will surely extend Inoue, test his chin, maybe even give him a taste of his own punch-laced medicine. Maybe Rodriguez is the man for the job. Maybe.

But fans tuning into the next instalment of the Inoue KO show will be fully expecting and braced for yet another quick and chilling highlight-reel KO. Rodriguez now faces the incredibly tough task of sending these fans home feeling disappointed.

Can Inoue score yet another win inside just three-minutes? Don’t bet against it. And don’t blink when that opening bell sounds. Inoue may not give fans too much value for money in terms of how long (or short) his fights last, but he sure pleases lovers of a violent knockout. And who, fight fans, does not love seeing a monstrous KO!