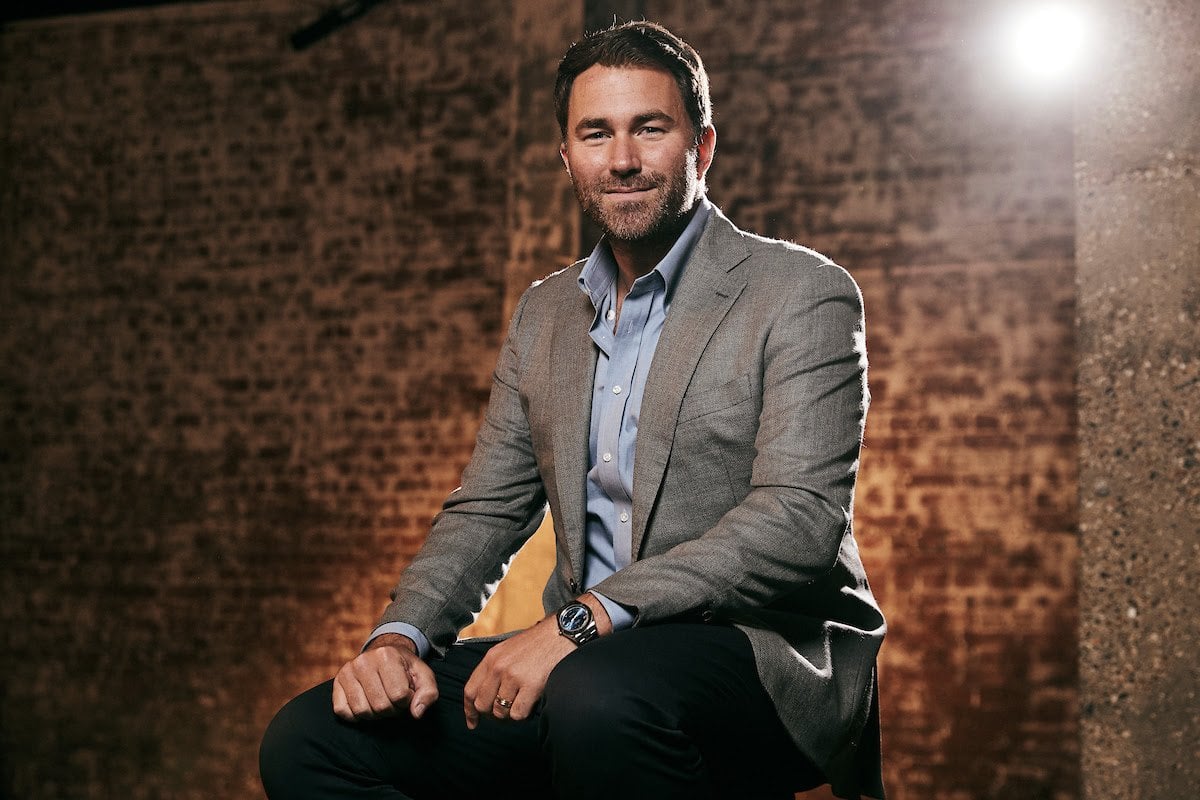 Eddie Hearn is expecting fireworks in Miami and Dallas as Canelo Alvarez defends his World Super-Middleweight titles against Avni Yildirim at the Hard Rock Stadium in Miami Gardens, Florida on February 27 and Juan Francisco Estrada and Roman ‘Chocolatito’ Gonzalez clash in a unification rematch at the American Airlines Center in Dallas, Texas on March 13, both live worldwide on DAZN (except Mexico for Canelo-Yildirim).

TICKETS FOR CANELO VS. YILDIRIM ARE ON SALE NOW FROM TICKETMASTER – TICKETS START AT $55 (PLUS FEES) – FANS CAN VISIT HARDROCKSTADIUM.COM FOR MORE DETAILS

Oscar Valdez Vs. Miguel Berchelt Delivered As We All Knew It Would!

Canelo (54-1-2 36 KOs) makes a rapid return to the ring at the home of the Miami Dolphins, taking on his WBC mandatory challenger Yildirim (21-2 12 KOs), with the WBC, WBA Super and Ring Magazine titles on the line.

The Mexican pound-for-pound king defeated former undefeated 168lber Callum Smith in clinical fashion in San Antonio, Texas in December and the 30 year old looks to stamp his authority on the division, with Hearn looking at pitting Canelo against WBO champion Billy Joe Saunders next should Canelo win.

“It’s great to see Canelo so active, especially in the world we live in at the moment, I think it’s a real statement from him,” said Hearn. “He’s mixing it up by fighting in Miami at the Hard Rock Stadium, to be promoting Canelo at the home of the Miami Dolphins is pretty special. We’re going to have around 15,000 in there, Avni is the mandatory challenger and it’s a great opportunity for him and a big opportunity for Canelo to stay active hopefully before a big Billy Joe Saunders fight and on a huge night on February 27.”

Chief support on the night comes in the form of Canelo’s stablemate Julio Cesar Martinez defending his WBA World Flyweight title against his mandatory challenger, McWilliams Arroyo. Martinez (17-1 13 KOs) has been frustrated by injury ruling him out of two previously scheduled defenses, so Hearn expects the pintsized tyro to be at his thrilling best in a classic Mexican-Puerto Rican war with Arroyo (20-4 15 KOs).

“Julio Cesar Martinez is special,” said Hearn. “I think he can go through everyone in the division and even move up to Super-Flyweight and start looking at Estrada and Chocolatito, he’s so exciting and I can’t wait to see him in February 27.

“He will fight anyone, and Eddy Reynoso is confident in his ability. He was supposed to fight on the Canelo card in December so he should be hungry. Arroyo was a fantastic amateur with good pedigree and he’s a smart fighter, but I think that the footwork, strength and unpredictability of Julio will see him victorious.”

Elsewhere on the bill….

Zhilei Zhang (22-0 17 KOs) faces Jerry Forrest (26-4 20 KOs) over ten rounds: “I’m really excited about Zhilei Zhang, he punches very hard and he’s something different for the division. Forrest is a good Heavyweight and I expect a stunning KO and hopefully it’s from our man Zhang. I think he is getting to the point now where Zhilei needs to fight some of the guys in the top 15 like Derek Chisora, Joseph Parker, Filip Hrgovic and so on.”

Marc Castro (1-0 1 KO) faces Raul Corona (4-2-3 1 KO) over four rounds: “Marc was waiting for so long for that debut that he was a little over-excited in the first round, but when he settled down his shots were fantastic, and I loved the aggression from him. The kid is a star and it’s a big opportunity to have his second fight on a second Canelo card.

Diego Pacheco (10-0 8 KOs) faces Rodolfo Gomez Jr (14-4-1 10 KOs) over eight rounds: “Diego is still so young that you want to hold him back, but we have to progress him forward and we have done so on this card. It’s a big step up and he’s getting a great wave of support growing, Diego is a big star. Sparring is so important for young fighters and Diego is getting great sparring with the likes of Canelo and David Benavidez; Diego has been out for a while, but I expect a big performance.

Alexis Espino (6-0 4 KOs) faces Ashton Sykes (5-3 1 KO) over six rounds: “Alexis has had a nightmare with injury and then COVID, it was a frustrating 2020 but he’s out of that now and onto a busy 2021. He’s a good puncher, exciting and someone that in one or two more fights he’ll be ready to step up.”

Keyshawn Davis makes his pro debut against Lester Brown (4-2-3 1 KO) over four rounds: “When we announced Keyshawn was on the bill, I got 20 or so messages from amateurs and pros saying ‘this kid is the real deal’. It’s the biggest platform in boxing and Keyshawn is ready to go.

Aaron Aponte (1-0 1 KO) faces Harry Gigliotti (6-1 3 KOs) over four rounds: “It’s always great to have local talent on bills. Aaron has sold lots of tickets, I met him at our GGG show in December. Good amateur, tall, good looking, and with these guys you don’t know how they are going to progress, so you give them the platform and wait and see.”

The next action for Matchroom in the USA comes two weeks later and it doesn’t get much bigger than the mouth-watering rematch between Estrada (41-3 28 KOs) and Chocolatito (50-2 41 KOs).

The pair first clashed in November 2012 in Los Angeles, with Chocolatito successfully defending his WBA Light-Flyweight title via unanimous decision, and now over eight years later, they will meet again for the WBC, WBA and Ring Magazine World Super-Flyweight titles in a fight that has Hearn salivating.

“This is a great card, probably one of the best we’ve ever done,” said Hearn. “Everyone in boxing knows Estrada-Chocolatito is one of the fights of the year before the bell has rung – two legends, pound-for-pound greats, in a unification fight – this is everything that’s great about boxing. Juan Francisco wants to avenge his defeat and unify the division, but Chocolatito, who sprung back to life against Kal Yafai, has other ideas. The winner will fight Srisaket Sor Rungvisai, providing the Thai star is victorious on home turf the same weekend.”

Chief support action is provided by a rematch for the undisputed Welterweight World championship – repeat or revenge as Jessica McCaskill defends the belts against Cecilia Brækhus. McCaskill (9-2 3 KOs) ripped the titles from Brækhus (36-1 9 KOs) on the streets of downtown Tulsa in August, with the Chicagoan becoming a two-weight World champion in just her 11th pro fight and handing the Norwegian star her first career defeat.

“Jessica doesn’t get the credit she deserves,” said Hearn. “She took on Katie Taylor when she was vastly inexperienced and gave her one of her toughest fights. Came back to win the World title in Chicago and she’s never turned down a challenge, she unified the division and beat Cecilia to become undisputed at 147lbs. Jessica is a star, but Cecilia looks like she’s got the bit between her teeth and this is her last chance.”

There’s a Matchroom debut on the card for Hiroto Kyoguchi as he defends his WBA and Ring Magazine World Light-Flyweight titles against Axel Vega. Kyoguchi (14-0 9 KOs) defends the titles for the third time against Vega (14-3-1 8 KOs), and Hearn is looking forward to introducing the 27 year old to a global audience.

“Kyoguchi is a top pound-for-pound boxer, the number one in the Light Flyweight division and such a good fighter,” said Hearn. “Vera is an all-action guy and Kyoguchi is a class act so this will be a great fight – we would love to do something in Japan with him, but the plan is to unify the division and probably move up to Flyweight and you are going to enjoy watching him fight on an amazing card.”