Talk about backing your man. Or your woman. Promoters Eddie Hearn and Jake Paul, who have together brought us Saturday’s female super fight between Katie Taylor and Amanda Serrano, have shaken hands in betting on the outcome of the fight in New York. Naturally, Paul is backing Serrano, who he promotes, while Hearn is backing defending unified lightweight champ Taylor, who he promotes. 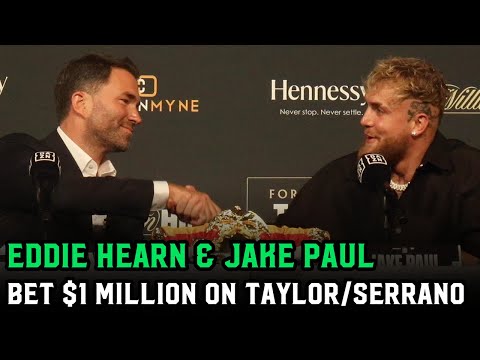 “I’m more confident than you are…let’s bet on it,” Paul challenged Hearn today. “a million dollars plus odds.”

The two men then shook hands for all to see. “When I win, I’m giving your million dollars to her [Serrano],” Paul added.

It’s a bit of fun – expensive fun – but both guys can seemingly afford it. In truth, Saturday’s fight is a genuine 50 50 affair, the best versus the best. The way it should be. Taylor Vs. Serrano could well be a classic fight, one that is spoken about for years. It’s also been said that Taylor and Serrano may need a trilogy to decide and to prove who is the superior fighter.

In terms of the betting odds, Serrano is a narrow favourite. Plenty of betting is expected to take place this weekend and some hefty wagers will likely be placed on both fighters. 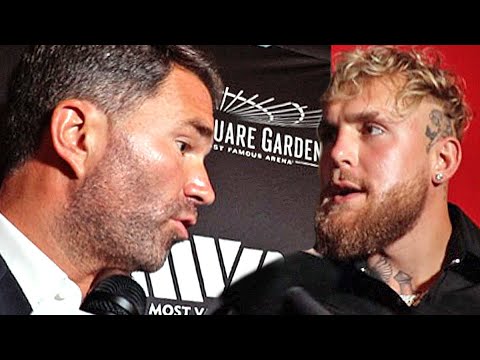 So who wins the fight, and who wins the bet – Taylor or Serrano, and Hearn or Paul? An expected sell-out crowd will be on hand at Madison Square Garden to find out, while millions of fight fans will be tuning in to watch on TV. Again, this one should be special.

For her part, Taylor says she doesn’t care that she is listed as the underdog here. “It doesn’t matter to me whether I’m seen as the underdog or the favourite. I don’t take any notice of that ….. even as an amateur boxer,” Taylor said. “I couldn’t care about other people’s opinions.”

But Taylor, 20-0(6) does care about her legacy and the Irish star is determined to beat Serrano; a rival she says she has wanted to face for years. Serrano, 42-1-1(30) of Puerto Rico is for many people the toughest opponent of Taylor’s career, and vice-versa. To repeat, this fight is one that matches the best with the best. 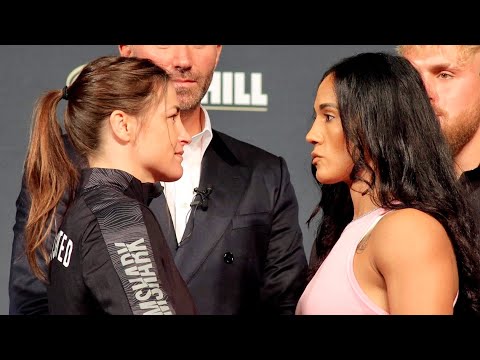