Eddie Hearn is expecting Canelo Alvarez vs. Dmitry Bivol to be a “thriller’ next week on May 7th in their pay-per-view headliner on DAZN.

Canelo has to win this fight to move to the trilogy match against Gennadiy Golovkin in September, but there’s a possibility that Bivol will foil those plans.

Despite Canelo bulking up to 175, he’s not nearly as muscular for the fight as he was for his two matches against Golovkin and his 2019 battle against WBO light heavyweight champion Sergey Kovalev.

Canelo’s face and upper body don’t have the filled-out look that it had for those three fights. He’s perhaps working hard on his cardio for the contest because Bivol is an excellent mover, and it’s not going to help Canelo if he packs on the kind of muscle he did for the Golovkin and Kovalev fights.

“That’s the plan,” said Eddie Hearn to Fighthype when asked if Canelo Alvarez will fight Gennadiy Golovkin in September. “Obviously, Canelo has got to beat Bivol. It’s absolutely a thrilling fight.

“Bivol is in the shape, mindset of his career. He’s ready to give it everything, and Canelo looks like an absolute beast.

I think we’re going to get a thrilling fight next Saturday, and if Canelo comes through, you’re going to see him against GGG in September. I think Vegas would be the frontrunner for that fight.

“When you look at ticking boxes in the career and legacy of Canelo Alvarez, I don’t think there are many more boxes to tick outside of a trilogy fight with GGG, an undisputed fight at 175, and then the legacy starts moving forwards events and special occasions around the world where you prove your the biggest global star in the sport.

“December looks like Mexico or London, and you’re going to have two Brits that are going to be mandatory’s for two world titles that he owns. One is John Ryder, who beat Daniel Jacobs, and the other one is the winner of Buatsi vs. Richards for the light heavyweight title.

“One of those guys could wind up landing the fight [with Canelo] in December, but he’s got to beat Bivol. This Bivol fight is a tough, tough, tough fight.

“I’m telling you that you’re going to see a brilliant fight next Saturday because Bivol is so up for this fight. I spoke to Saul yesterday. He’s looking like an absolute beast. If think you’re going to get a thriller,” said Hearn. 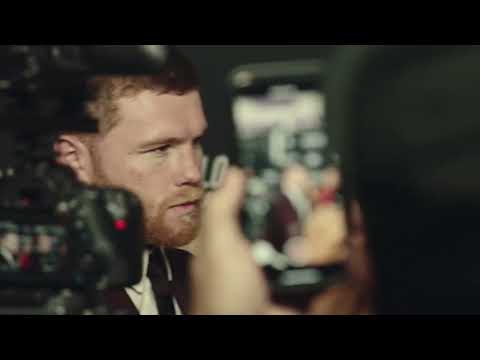