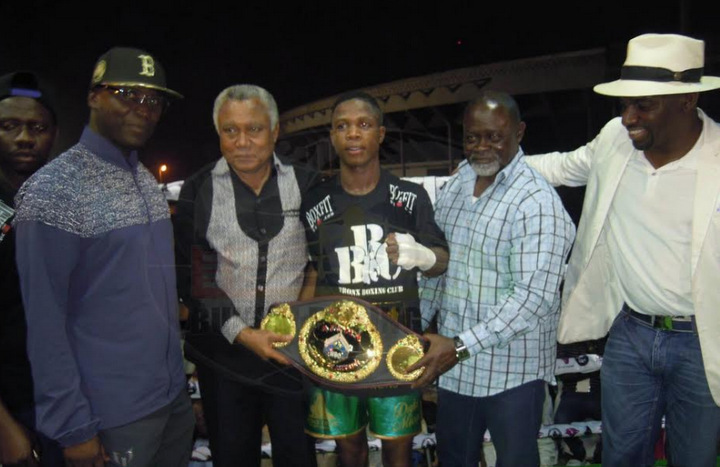 Ghana’s WBO Africa Bantamweight champion, Duke Micah remains focused on the job at hand when he faces UK based Zambian, Matthew Chanda for the vacant Commonwealth Bantamweight title in London on November 12 as he pursues the ultimate world title dream.

Undefeated Micah (18-0, 17 KOs) is currently rated number 11 in the world to the WBO Bantamweight belt held by Marlon Tapales of the Philippines and the Ghanaian is keen to claim the Commonwealth title to push up his credentials.

That’s why he is keen not to let Chanda’s record of just seven professional fights lure him into a state of complacency ahead of their clash at York Hall, Bethnal Green on the Goodwin Promotions bill five weeks hence.
“I’m going to London to bring the title back to Ghana, I never rest, I’m always working and I will be ready,” Micah told this writer exclusively in Accra where he is rounding preparations before departing to the UK later this month.

“He (Chanda) is a good fighter, it’s not the record that matters it’s the fighter. I don’t underrate any boxer because he is also coming with good training and determination to prove himself to his management so I will make sure I’m also at my best,” Duke Micah explained.

He added, full of poise: “We start from somewhere and the Commonwealth title is very important, it can elevate you to world level within no time. Azumah Nelson was Commonwealth champion, Richie Commey too and as an Olympian, I have to move a step up because in future when they mention Azumah, Clottey, Agbeko, I want my name up there too.”

One of the shining lights of Ghana’s amateur boxing team at London 2012 Olympic Games, Micah has amassed a large following among his countrymen, many of who have high expectations of the boxer since he turned professional few months after the London Games. Now he wants to win for them.

“Ghanaians are very passionate and love their boxing, their support is great and I appreciate all the love. As they are used to praying for me, I want to tell them to keep on supporting me and I will bring this title home. I will not disappoint them, I’m bringing the Commonwealth title home,” Duke Micah pledged.