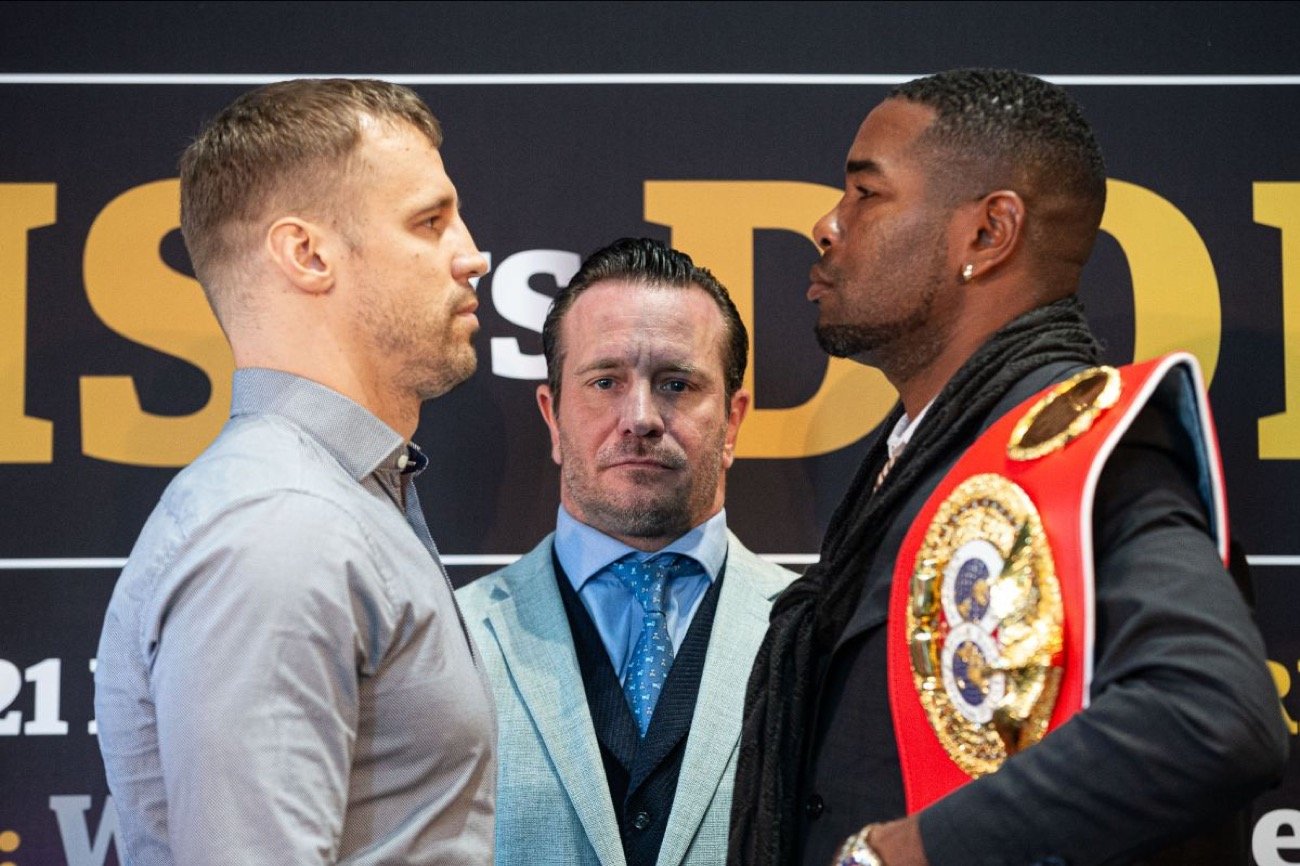 It’s the final fight in the second cruiserweight edition of The World Boxing Super Series, and this Saturday’s fight between Yunier Dorticos and Mairis Breidis could so easily be dubbed “Finally!” It has been many months since The WBSS Cruiserweights II tourney got underway, with the coronavirus delaying the final for a number of months. Now, finally, the final will take place in Munich, Germany in four day’s time.

And we really could get a great action fight on Saturday night. Not only will the Muhammad Ali Trophy go home with the winner, the IBF 200 pound title and The Ring Magazine cruiserweight belt will also feature in the victor’s trophy cabinet. Dorticos of Cuba currently holds the IBF title, he has been beaten only by Murat Gassiev (this in WBSS the cruiserweights I, in a sensational battle) and the 34 year old “KO Doctor” is 24-1(22) overall.

Breidis of Latvia is a former WBC champ and he too fought in the first edition of WBSS the cruiserweights, losing to Oleksandr Usyk. The 35 year old is 26-1(19). unlike Dorticos, Breidis has never been stopped as a pro.

So who wins on Saturday?

Dorticos is a huge puncher, a natural puncher. Breidis is extremely tough and not afraid to fight dirty if he feels the need to do so (see his simply incredible war with Krzysztof Glowacki from June of last year, this wild and, you-have-to-see-it-to-believe-it fight being the WBSS cruiserweights II semi-final). A good case can be made for either man winning at the weekend.

Dorticos spoke with RingTV.com, and he said Breidis’ dirty tactics will not work on him.

“Breidis is a former champion, and he boxes okay. He has a lot of tricks and dirty tactics up his sleeve, like he’s [shown] in previous fights. That will not work for him because I will expose him come fight night,” Dorticos told Ring. “I will not waste this opportunity, I’m coming with everything I’ve got. If you think my fight with (Andrew) Tabiti was exciting, when I scored the knockout of the year in 2019 (KO10 in June), be ready because you just might witness the best KO in boxing history.”

Clearly, Dorticos is not afraid to put pressure on his own shoulders. But can “The KO Doctor” knock Breidis’ head off his shoulders? Dorticos has a number of eye-catching KO’s to his name, and he could well score another one on Saturday. Breidis, though, will not go easily, Far from it. Forget the KO of the year, this one has potential fight of the year writ large all over it.

Pick: Dorticos to overcome some rough and tough stuff to score the fight-ender late on.