Even after weighing in successfully at 117.6 lbs, Donaire (40-6, 26 KOs) stuck around to give interviews without drinking much to rehydrate himself.

It makes you wonder he’s taken too much weight off to get down to 118 after being out of the ring for 18 months since his last fight against Naoya ‘Monster’ Inoue in November 2019.

In looking at an interview of Donaire last December, he looks like he’s aged badly in the last six months.  Rather than giving interviews, Donaire needs to put some weight on because he’s not likely to win tonight if he’s totally drained from cutting weight.

“Bantamweight is my real weight. I’ve always fought in the heavier division because of the excitement,” said Donaire.

Nonito may be kidding himself if he believes that 118 is his real weight class. While it may have been Donaire’s natural weight class ten years ago in 2011 when he wiped out Fernando Montiel in two rounds, but it’s not been since then.

You can tell a lot about a fighter with how they look at weigh-ins, and Donaire looked like he’d come out of a hospital. He looked emaciated and not in the best of shape.

In contrast, WBO bantamweight champion Oubaali (17-0, 12 KOs) looked great, weighing in at 117.6 lbs as well. The French fighter looked like he was fully hydrated and ready to step inside the ring to begin throwing punches.

At 34, Oubaali looked ten years younger than the 38-year-old Donaire, which could be a factor tonight.

Unless Donaire can rehydrate and be the huge puncher that we saw chasing Naoya Inoue around in his last fight, Oubaali might have too much youth and health for him to win tonight.

It might not be so much the age for Donaire tonight, but the weight. If he cut too much weight for the fight, we could see less power from Donaire and his stamina taking a hit if the match makes it into the second half of the fight.

Given that Oubaali has an excellent chin and has never been knocked out or been down in his career, it’s safe to say that Donaire won’t be able to stop him unless he can return to the form we saw of him in his fight against Ryan Burnett three years ago in 2018.

“I want the rematch with Naoya Inoue and I want to get all the belts. The only thing I haven’t accomplished is becoming undisputed champion,” said Donaire.

It’s good that Donaire wants to become the undisputed champion at 118, but he’s got to keep focused on the task at hand, which is to beat the undefeated two-time Olympian Oubaali. Tonight. 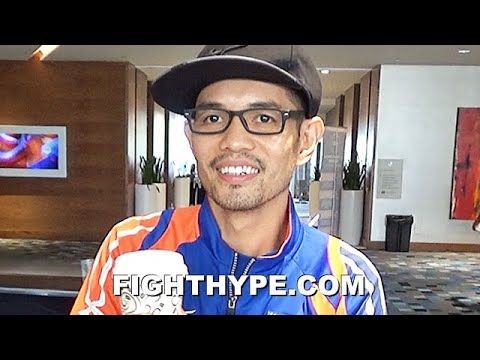