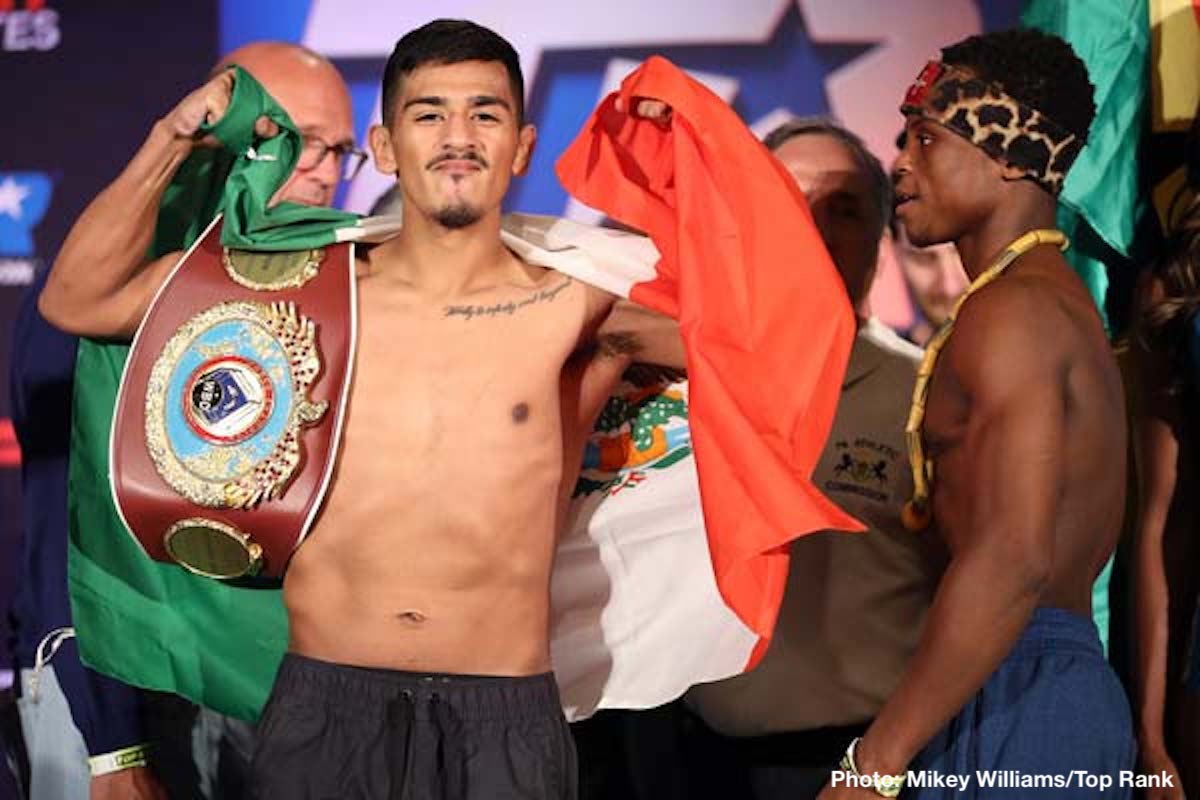 The stage has been set for what is expected to be a thrilling night of fight action from the Liacouras Centre in Philadelphia, Pennsylvania when Isaac ‘Royal Storm’ Dogboe of Ghana chases world championship glory against incumbent titlist, Jesse Magdaleno on Saturday night.

Both undefeated boxers have been talking tough and throwing verbal jabs at each other in the weeks leading up to fight night and it showed no signs of slowing down Thursday, during the final press conference for the show put together by Top Rank Promotions in association with ESPN who will show it live across their digital platforms.

“I can’t beat him any uglier than he already is, he’s dog ugly. Come Saturday, we’re going to give him the name that he deserves, the ugly Dogboe,” Magdaleno teased.

“We’re ready for Saturday night. I hope he’s ready because I came ready. I don’t want no excuses. I’ve been waiting to fight him. All that trash talk on social media, I hope he puts it up on Saturday night because I’m ready. I’m ready to give him what he deserves,” the Mexican-American added.

But ever the man with words to knock off another man without even engaging in fisticuffs, Dogboe hit back at Magdaleno where it hurts most.

“When I knock you out cold, that’s when I’m going to feel really sorry for your son, your little son, because he’s going to be crying seeing his father (knocked out) cold,” the Ghanaian jabbed at the Mexican-American.

“I can sense fear in Jessie Magdaleno already. He can say whatever he wants to say, but when he gets in the ring, he’s really going to find out,” added the 23 year old Ghanaian.

“I guess now he finally has balls to step up to the plate, accepting this fight. I hope come Saturday night he’s prepared and doesn’t complain about anything,” Dogboe concluded.