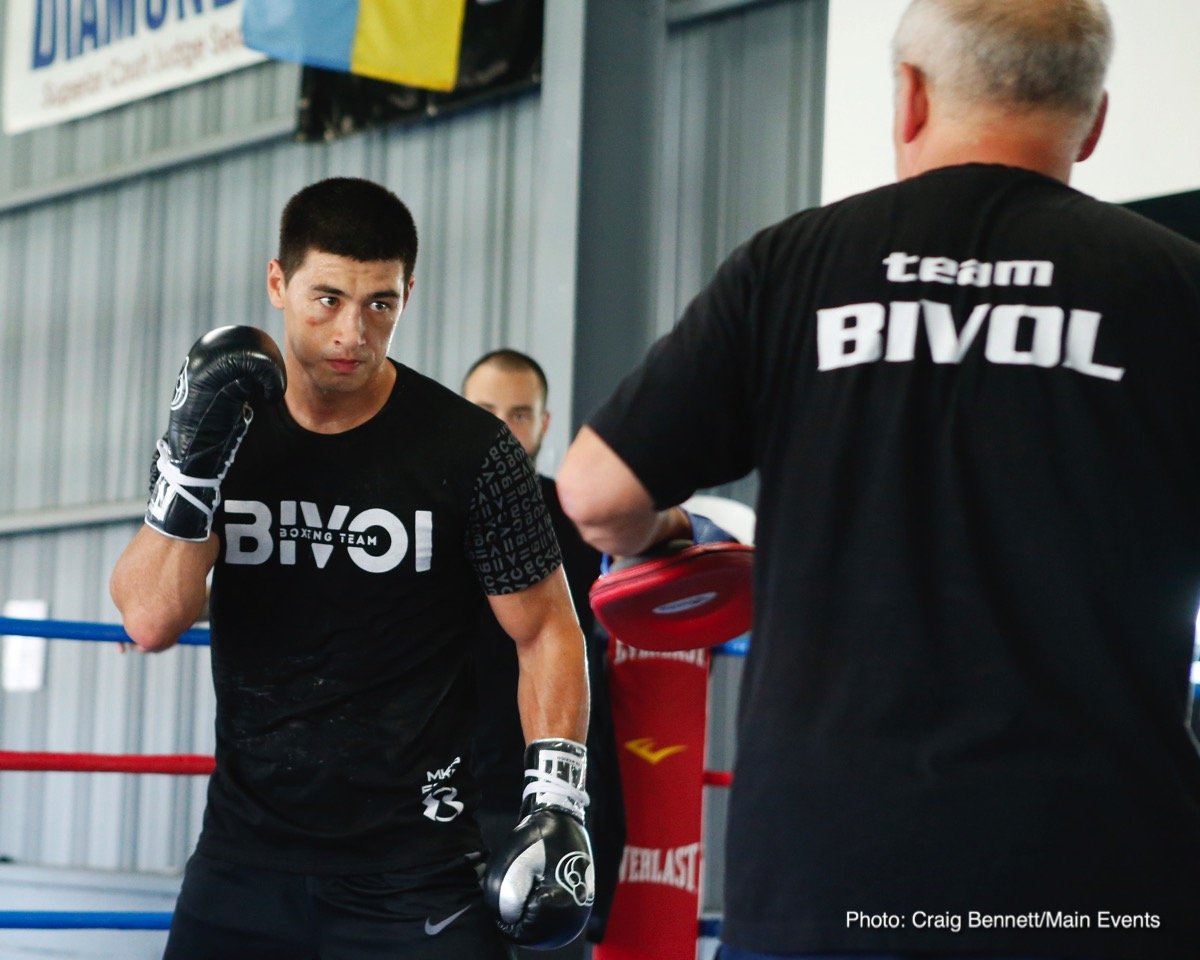 WBA Light Heavyweight World Champion Dmitry Bivol (13-0, 11 KOs) of Russia hosted a media workout at the Legendz Gym in Norwalk, California on Tuesday, July 24 in preparation for his title defense against light heavyweight contender Isaac “Golden Boy” Chilemba (25-5-2, 10 KOs) of Malawi. Bivol and Chilemba will fight in the co-main event on the Sergey “Krusher” Kovalev vs. Eleider “Storm” Alvarez card at the Hard Rock Hotel & Casino Atlantic City on Saturday, August 4. The doubleheader will be televised live on HBO World Championship Boxing beginning at 10:00 p.m. ET/PT.

About his opponent, Isaac Chilemba: “I’ve seen his many fights. I’ve seen his fight against Kovalev, Gvozdyk, Eleider Alvarez. He fights through all fights, no problem, except Gvozdyk. But he has never been knocked out. He gives me a good experience. He is a good challenge for me. I will be ready.”

About his goal to unify the light heavyweight division: “It’s very important for me. It’s every boxer’s dream to be the champion, the unified champion. It’s a big step to dream about. Like (unified cruiserweight champion) Oleksandr Usyk last week, he went for his dream.”

About the need to become better known before a major unification bout: “We need more promotion before our fight. Because I think my skills are ready. I want to show my boxing skills in front of as many people as possible. And the unification fight, if it’s good, gives me that chance.”

About the variables in boxing and why you can’t count on predictions: “I know every boxer have mistakes. And every boxer can be knocked out. It’s not like running, for example, where somebody is a little quicker and somebody is slower. This sport is different. Anybody can knock anybody else out, in any round. And that’s what makes this sport so exciting. You don’t know what to expect.”

About his modesty regarding his athletic talent: “Maybe it’s my nature. Maybe it’s my qualities, they come from within. Probably it is also from my parents, my upbringing and the way they raised me. Also the area where I come from, a lot of the qualities and values back home – not saying things and not answering for your words. That’s why I don’t like to say things that I wouldn’t be able to stand up for and perform. These are the main reasons for why I am the way I am.”

About his mental strength and drive in the ring: “I don’t know what it is, but it helps me before a fight, when I take my gloves and I think, it says to me, ‘You can do this. Don’t forget about his power, don’t forget about his speed, you can, you can, just do it. You have a good team to help you, you have a family who believes in you, you can do it.’ And I will go in the ring and have a good performance.”

About his role model in boxing: “My favorite fighter is Sugar Ray Leonard, he’s the best.”