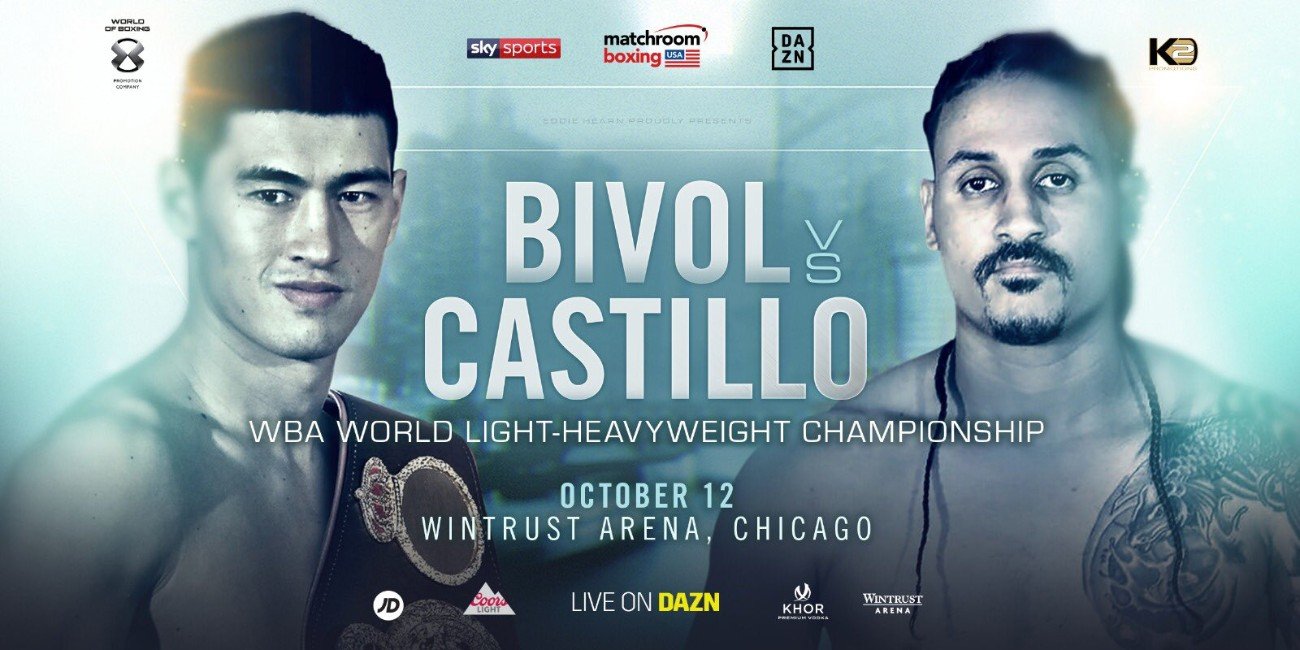 Dmitry Bivol will defend his WBA World Light-Heavyweight title against Lenin Castillo at the Wintrust Arena in Chicago on Saturday October 12, live on DAZN in the US and on Sky Sports in the UK.

Bivol (16-0 11 KOs) defends the strap for the sixth time in the Windy City, returning to the ring following a successful defense of the belt in upstate New York in March where the Russian saw off the spirited challenge of Joe Smith Jr.

The 28 year old Bivol harbors ambitions to unify the division but will need to be at his best to stave off Dominican challenger Castillo (20-1 15 KOs) who has stopped 15 of his 20 victims, the last of which was in March when he defended his WBO Latino title on home-turf in Santo Domingo and stopped Reinaldo Gonzalez in the fifth.

“I am happy that the fight is done and the opponent is confirmed for October 12,” said Bivol. “Castillo is a good opponent, he fought Marcus Brown before, it was a good fight. I can’t wait and hope that we can make a very exciting performance for the fans!”

“First of all I want to thank Matchroom Boxing USA, Eddie Hearn, Spartan Boxing, Raul Pastrana and the WBA for this opportunity,” said Castillo.

“It’s a dream come true! I consider Dmitriy Bivol in the top 20 on the Pound for Pound list but I know that a have the tools to upset him. I been training very hard. On October 12 you will see the best version of Lenin Castillo. I will take the title to the Dominican Republic!”

“Dmitry will defend his title again on October 12 in Chicago!” said World of Boxing’s Andrei Ryabinskiy. “This year we were not able to organize a unification fight for Dmitry, but we’re looking forward to bigger things next year!”

“We are looking forward to another great performance by Dmitry on October 12th,” said Bivol’s manager Vadim Kornilov. “Castillo is a tough opponent and it’s another opportunity for Dmitry to build his reputation as one of the most avoided boxers in the division!”

Bivol’s clash with Castillo is part of a huge night of action in Chicago topped by the Heavyweight debut of pound for pound star Oleksandr Usyk against unbeaten contender Tyrone Spong and there’s more World title action on the card as Chicago’s Jessica McCaskill defends her WBA and WBC World Super-Lightweight titles against old foe Erica Farias. 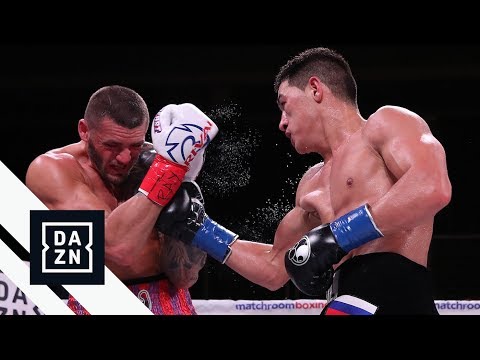