Dillian Whyte signed the contract on Monday night for his title shot against WBC heavyweight champion Tyson Fury on April 23 at Wembley Stadium in London, England. The fight will be shown on ESPN pay-per-view in the U.S.

Whyte (28-2, 19 KOs) took it to the wire by waiting until today’s deadline to sign for the Fury fight finally, but thankfully he did.

If Whyte had failed to sign by Monday at midnight, he would have missed out on his title shot against WBC champion Fury (31-0-1, 22 KOs). The only reason why Dillian wouldn’t have signed is if his promoter Eddie Hearn had a backup option for him.

Although Dillian has signed for the fight with Fury, it’s possible that he won’t participate in the promotion of the contest.

Fury and his promoters said Whyte wanted extra money for him to promote the fight, and they weren’t willing to accommodate him. Fury did offer Whyte 46p to help out.

Fury may need to promote the fight all by himself, as Whyte may choose to drag his feet and sulk. I don’t know how that will help Whyte in the long run, as it’ll likely hurt his chances of getting other big fights in the future. Additionally, it won’t help him inside the ring with Fury.

Whyte will make $7.3 million for his purse and add to that total with another $4 million if he’s victorious. That’s excellent money for a fighter that earned the WBC mandatory slot by beating 40-year-old Alexander Povetkin, who looked ragged in their fight last March in Gibraltar.

Povetkin had been ill with COVID-19 in late 2020 and didn’t look well in coming back from that illness. A year earlier, a healthy Povetkin knocked Dillian out cold in the fifth round in August 2020.

The winner of the Fury vs. Whyte fight will face the Anthony Joshua vs. Oleksandr Usyk 2 winner later this year. All four titles will be on the line for that fight.

For Whyte, if he’s as good as he believes himself to be, he’ll make a ton of money by beating Fury and then taking on the Joshua-Usyk II winner.

“Dillian Whyte and Tyson Fury have both signed their contracts for their WBC heavyweight title fight,” said Sky Sports.

The contracts have been finalized, signed, and lodged to the WBC in the closing hours of a deadline day for Fury and Whyte to reach an agreement ahead of their expected fight at Wembley in April.”

It’s a good thing that Whyte chose to sign for the Fury fight because he’s getting long in the tooth at 34, and the chances are that he would never get another opportunity like this again. This might be the end game for Dillian, which is why he needs to give it his best shot.

The WBC made it incredibly easy for Whyte to become mandatory by ordering him to fight Oscar Rivas in 2019 rather than insisting he faced Luis Ortiz at the time.

If Whyte had fought in a title eliminator in recent times, he would need to beat Joe Joyce, Filip Hrgovic, or Daniel Dubois to become mandatory. It’s doubtful that Whyte would beat any of those guys at this stage in his career.

The division has gotten a lot better since 2019, and it’s fair to say that Whyte wouldn’t be getting this title shot if he had to fight a better fighter than Rivas. 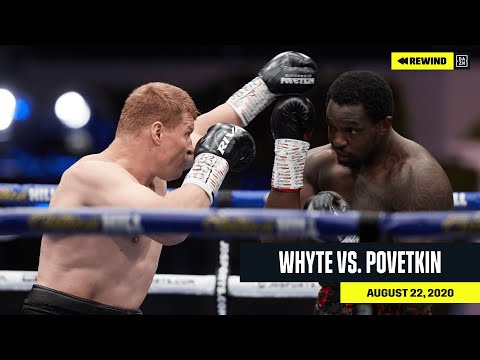