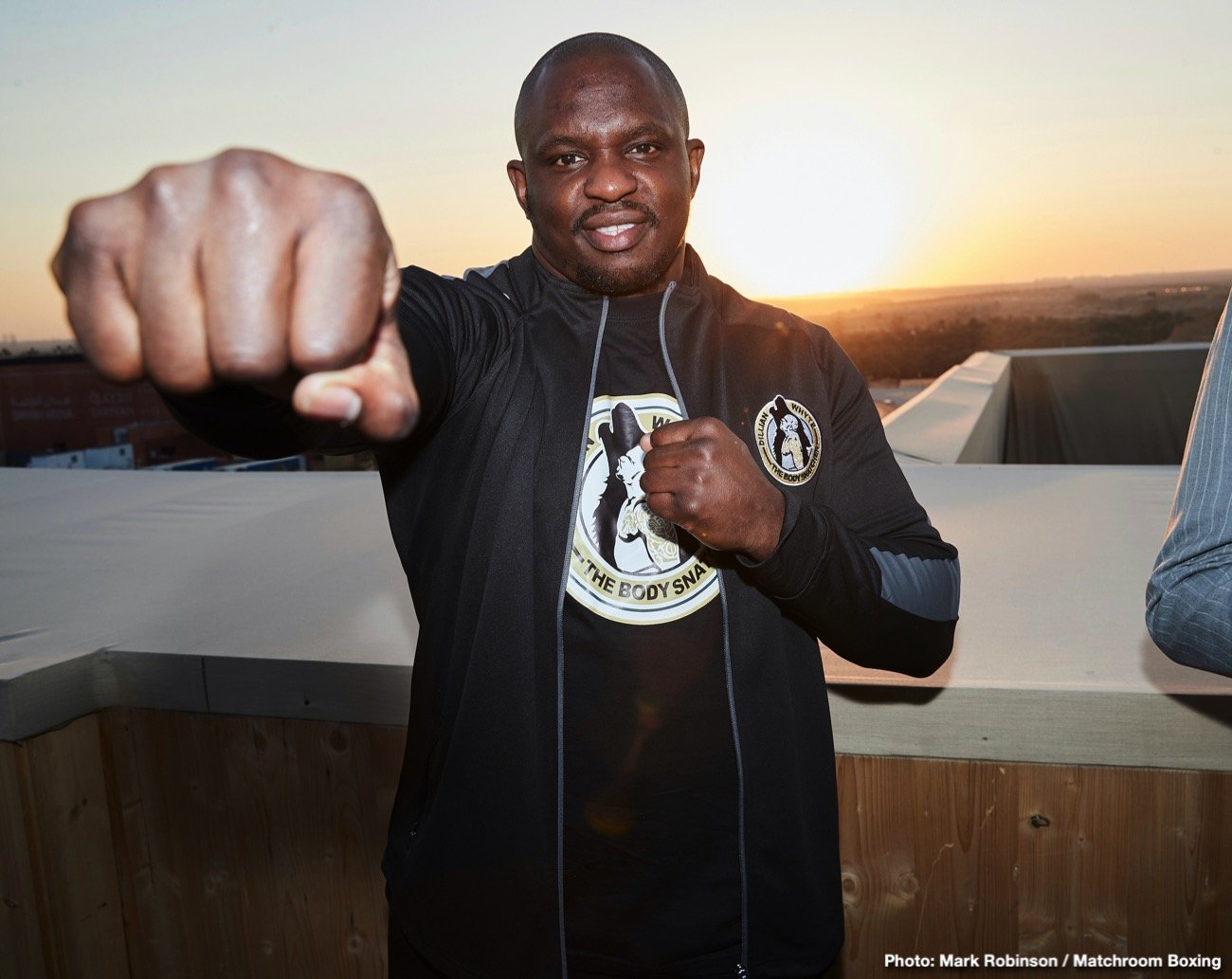 As fans know, promoter Eddie Hearn is very interested in making a Dillian Whyte vs Andy Ruiz clash; with Whyte also asserting how he is very much up for the fight. Well, yesterday, Ruiz took to social media, stating how he has “moved onto the next opponent,” as Whyte “didn’t want any smoke.”

Ruiz also wrote how he has “a big announcement coming soon.”

Anyway, Whyte wasted no time in responding to the former heavyweight champion’s message, and you can guess how the vocal Brit is taking it: angrily.

“No smoke?” Whyte wrote. “Typical coward move from fake Mexican Andy Destroyer. A blob rolling away from a big payday. You’re all stomach and no heart. I’m more Mexican than you.”

Whyte signed off by stating how Ruiz can get the fight “any time.”

So who do we believe, Whyte or Ruiz? Do both men really want to fight one another? And now that it doesn’t seem set to happen any time soon, just who is to blame? Maybe Ruiz has simply had a better, bigger and more exciting offer from some place else, and maybe this is his impending big news. As for Whyte, he will likely fight Alexamder Povetkin next ( in a not too bad matchup at all).

Still, there really is a lot to like about a Ruiz-Whyte matchup, or at least their was. The styles of the two men, both with a lot to prove, Ruiz more so, just gel so well. Or again, they would have done.

These two could still meet in the future, but for now at least, it seems the former champ who so badly needs to redeem himself, and the super-hungry contender who so badly deserves a title shot, will go down different paths.

Ruiz of course is still in need of a new trainer having parted ways with Manny Robles. There are reportedly a few good and talented trainers currently interested in the job, but just who will Ruiz pick? Maybe the former champ has in fact already made up his mind, and that the announcement of his new coach will be the big news he has teased us with.