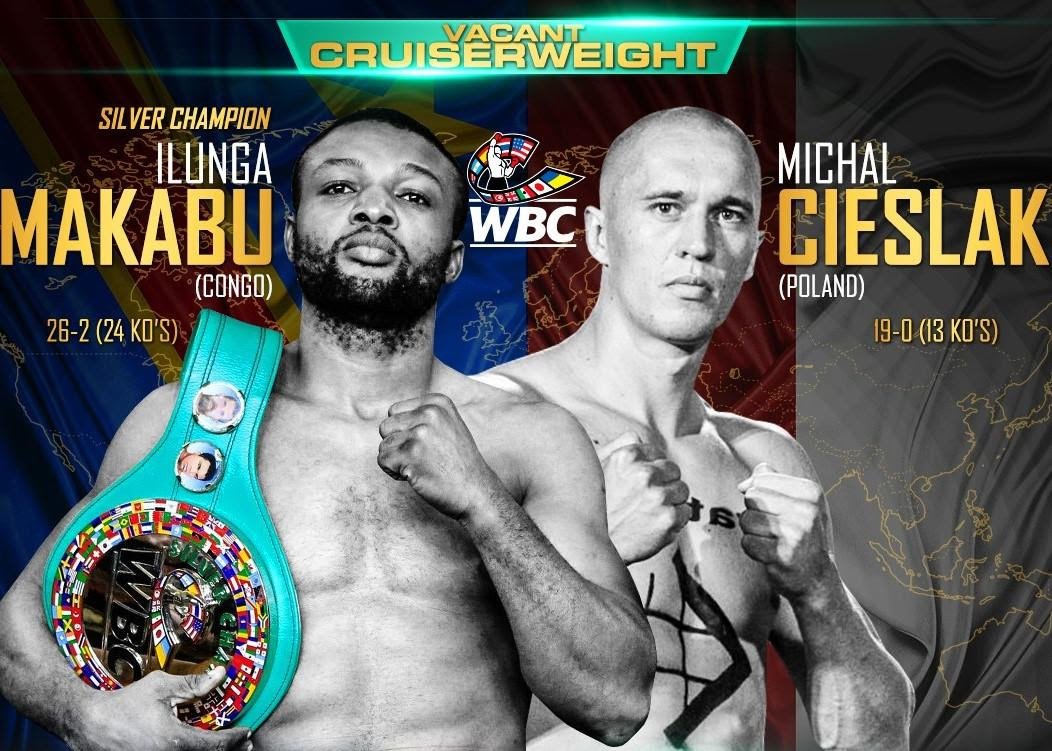 The last time, in fact the only other time, a world title fight was fought in Kinshasa in the Democratic Republic of the Congo (formerly Zaire), it was a truly global affair, watched by billions. Last night, in participating in the second “Rumble in the Jungle,” cruiserweights Illunga Makabu and Michael Cieslak received far less fanfare, publicity and attention.

Still, the decision win Makabu scored, one that saw him pick up the vacant WBC 200 pound title, will mean no less to him than Muhammad Ali’s historic win over George Foreman meant to “The Greatest,” and to the world.

Last night, boxing in a temporarily erected arena, Makabu and Cieslak put on a good show with a hard-fought and engrossing fight. Both men hit the mat (at least Makabu’s glove touched down, the ref correctly ruling a knockdown) and both men gave their all. Makabu, the hometown hero, punched out a pretty close but thoroughly deserved 12-round unanimous decision; emerging victorious via scores of 116-111, 115-111 and 114-112. Becoming a world champ at the second time of asking (Makabu falling to British warrior Tony Bellew a few years back), “Junior” is now 27-2(24) and set, he hopes, for a memorable reign. Cieslak lost for the first time in dipping to 19-1(13).

The action was good all the way, with Makabu’s passionate fans cheering him on all the way. Makabu dropped the Polish fighter heavily in the fourth, putting him on his back. It looked like that might have been the end, instead Ciesalk got up bravely and fought back. Makabu was stunned in the fifth, when, sent reeling, his glove touched down. It was a dead-even fight. But then, refusing to be denied, Makabu dug deep and finished the fight strong, pulling out the close win.

Makabu has fought all over the world during his exciting career: U.K, Russia, France, Germany, Monte Carlo. And now, in fighting at home, the 32 year old (32 being the age Ali was when he toppled Foreman) is at last a world champion. A genuinely nice guy of the sport, one who gives his all each and every time he steps into the ring, let’s hope Makabu can enjoy a decent reign as champ and earn some good money.