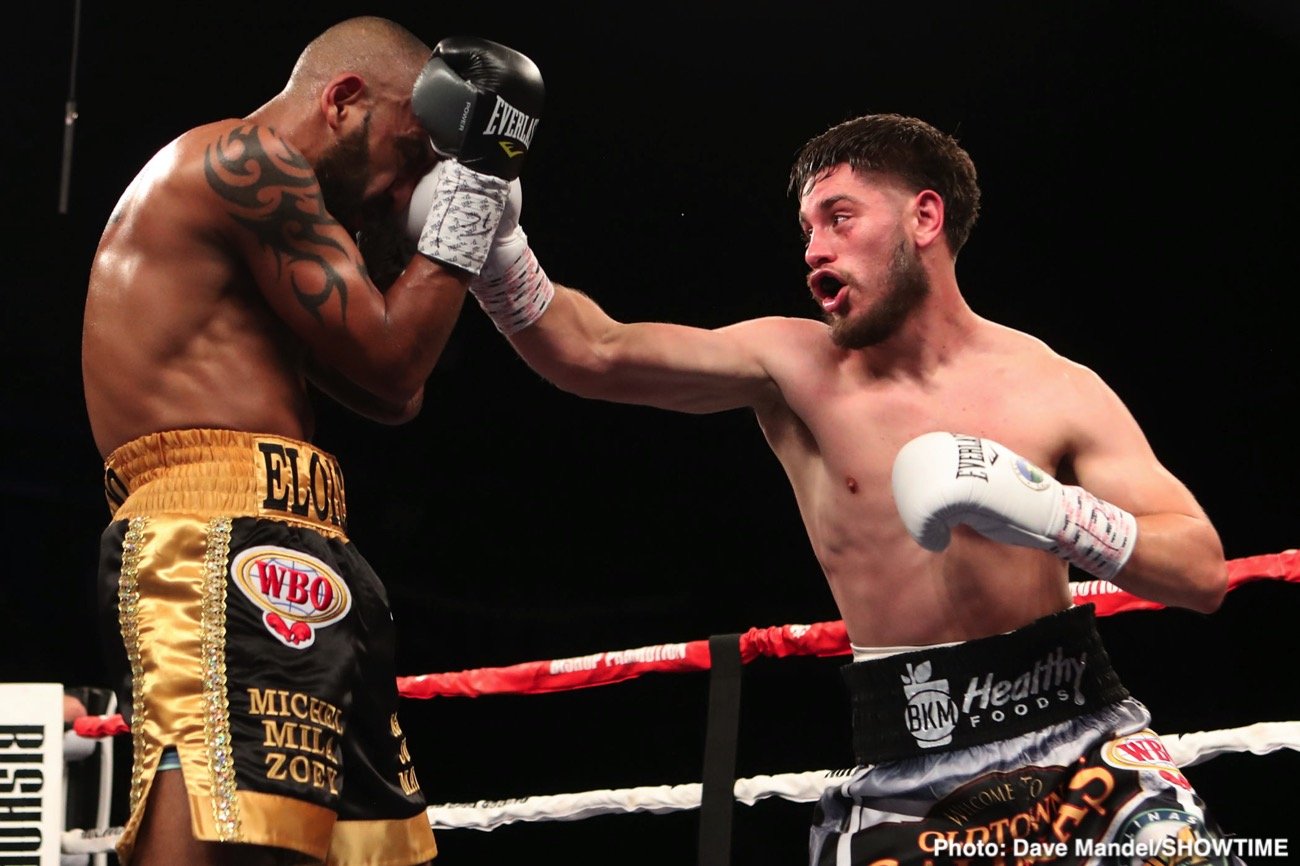 After his fourth consecutive victory in a little more than 12 months on ShoBox: The New Generation, Ruben Villa is ready to graduate from the 19-year prospect series.

The undefeated featherweight Villa put on a boxing clinic in a dominating unanimous decision win over Alexei Collado. The judges scored the fight 99-91 and 98-92 twice in the main event Friday night from George’s Pond at Hirsch Coliseum in Shreveport, La.

The 22-year-old Salinas, Calif., native Villa (18-0, 5 KOs), who entered the ring paying tribute to the late Kobe Bryant by wearing his No. 8 Lakers jersey into the ring, called his performance “solid” against a “tough and aggressive fighter.”

“He was challenging throughout the fight,” said Villa. “I feel like I put on a good show. He was a big knockout puncher and he’s no pushover. He brought out the best in me.”

Villa, who was the was also the 2014 and 2016 National Golden Gloves Champion, is currently ranked No. 5 at 126 pounds by the WBO and No. 13 by the WBC. He said after the fight he’s ready for the best his division has to offer.

The 31-year-old Cuban Collado (26-3, 23 KOs) who lives in Miami, lost for the first time in seven bouts. “It was a good fight,” said Collado, who won the 2006 Junior World Title in the flyweight division. “We both brought everything. We put on a good show for the fans. He moves a lot and he’s a smart fighter. I feel like when I threw a lot I hit him but I wasn’t active enough.”

Villa said he stayed disciplined training during the holidays. “Now I’m going to take a few weeks off and then get right back in the gym,” he said.

Shelestyuk, who overcame a bad fifth-round cut on his forehead, had boxed just 10 rounds in the last three years.

“It was a good fight,” Shelestyuk said. “I hit him with some good shots, and controlled the fight. I have been out since March, and I feel that I performed well. I am happy to be back on television.

“The cut didn’t bother me. This is professional boxing, and these things happen. I want to be back in May or June. If I come back in the next several months, I want to fight a big name – guys like Keith Thurman and Danny Garcia.”

In the telecast opener, late replacement Sulaiman Segawa (12-2-1, 3 KOs) looked impressive in his ShoBox debut seemingly out-boxing Zhora Hamazaryan (9-1-2, 6 KOs) and recording the better stat sheet, but the close lightweight fight was called a split-decision draw. One judge had Segawa winning 78-74, another 77-75 for Hamazaryan and the third judge called it even, 76-76.

ShoBox analyst Steve Farhood had the fight scored 77-75 Segawa, while Barry Tompkins and Raul Marquez both saw it 78-74 in favor of Segawa.

“I won the fight,” said Segawa, who took the fight on just four days’ notice. “I maintained him and his aggressiveness. I came up to his weight and dictated the action. I staggered him a couple of times and he was not touching me.”

Segawa, 28, moved to Silver Spring, Md., two years ago and is originally from Kampala, Uganda. He has won six times against previously undefeated opponents with his two losses also to undefeated fighters.

Hamazaryan, who was making his third ShoBox appearance, returned to the ring after 16 months as he returned to his native Armenia to get his physical education degree.

“It was a good fight,” the 23-year-old Hamazaryan said. “I started slow because of the switch in opposition and felt rusty. I’m going to go right back to the gym and keep on learning. And I will be better.”

It was the second consecutive split draw for Hamazaryan, who also recorded a split draw against Thomas Mattice in his last ShoBox appearance in September of 2018.

Friday’s fights were promoted by Banner Promotions, Thompson Boxing and Bishop Promotions LLC. The full telecast will replay on Monday, February 3 at 10 p.m. ET/PT on SHOWTIME EXTREME and will be available on SHOWTIME ANYTIME® and SHOWTIME on DEMAND®. 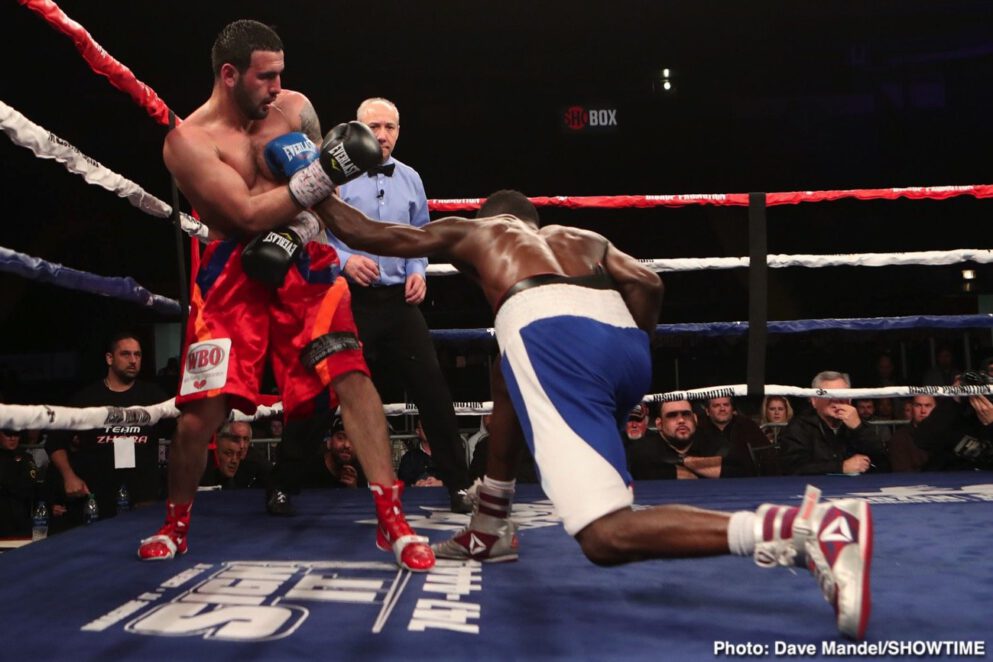 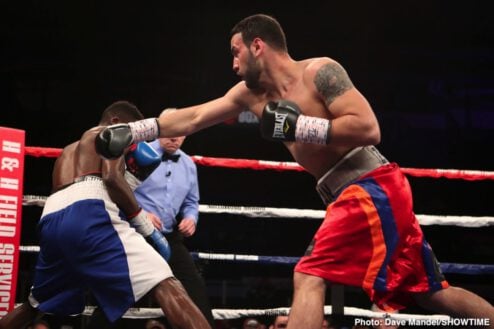 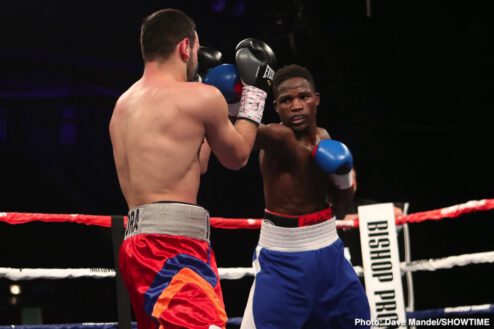 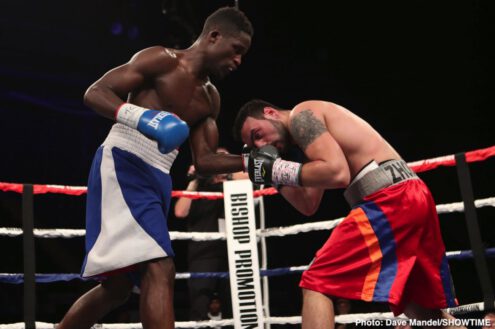 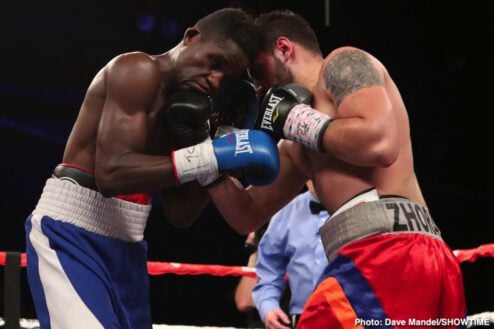 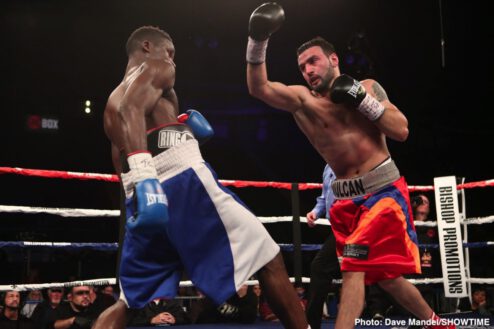 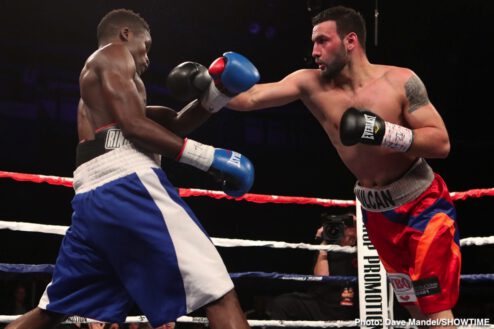 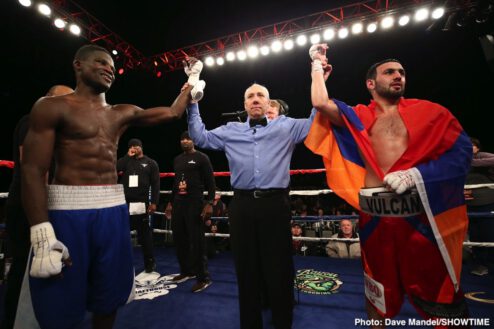 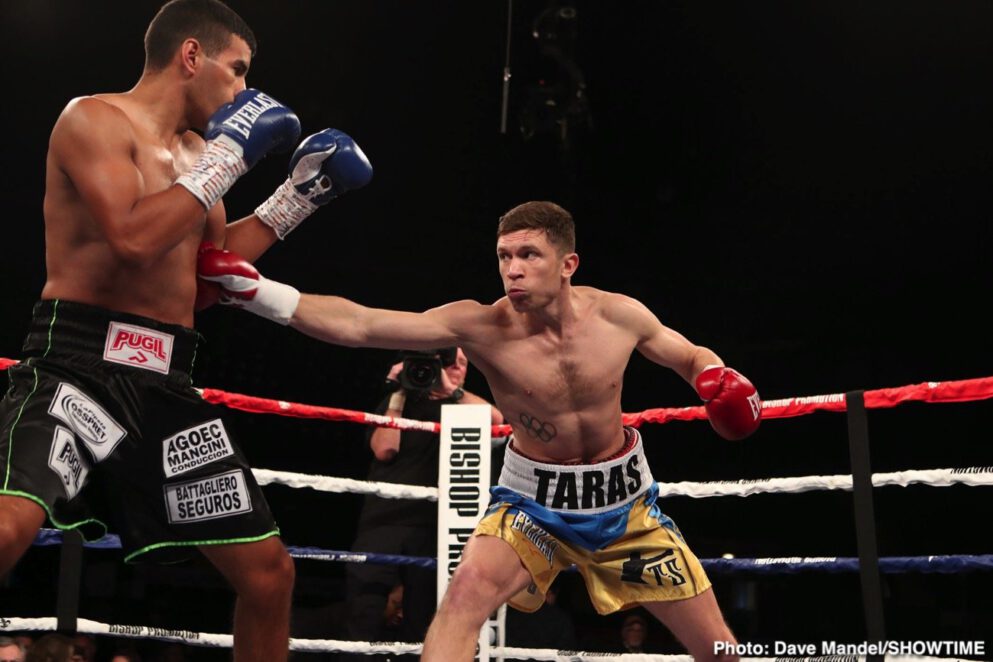 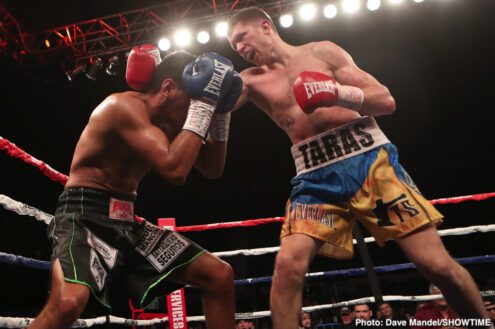 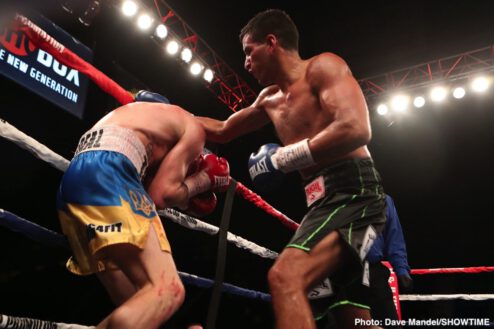 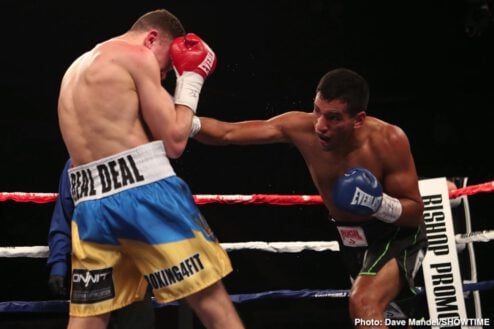 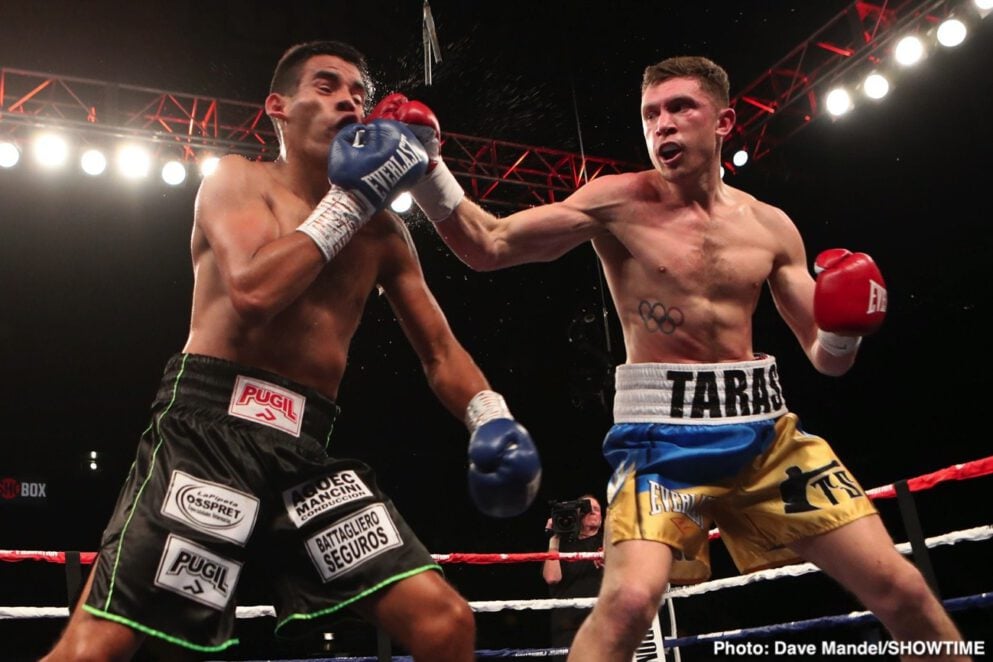 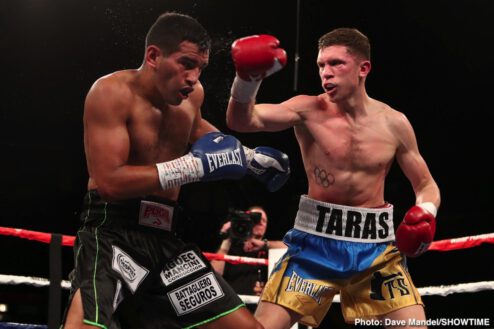 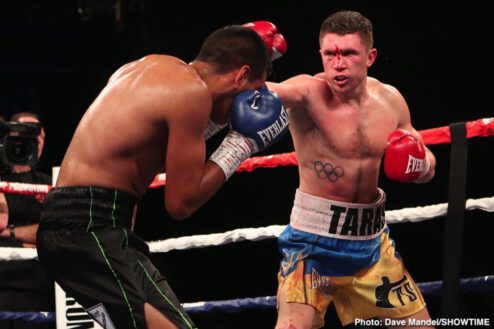 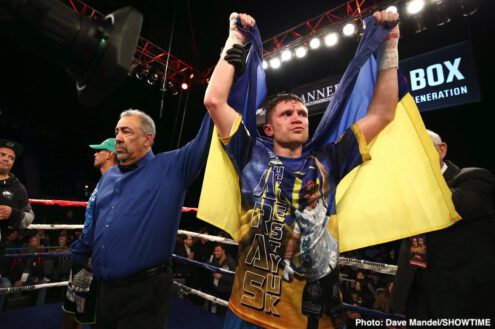 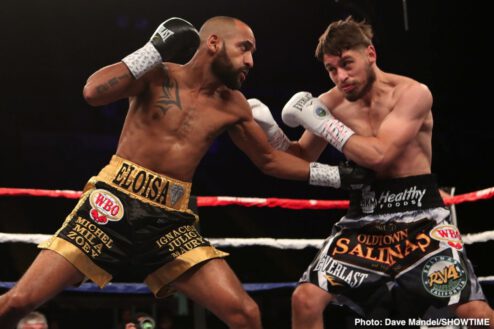 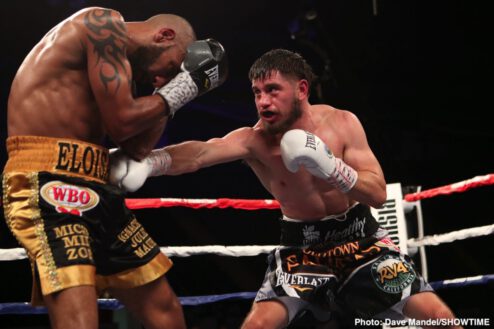 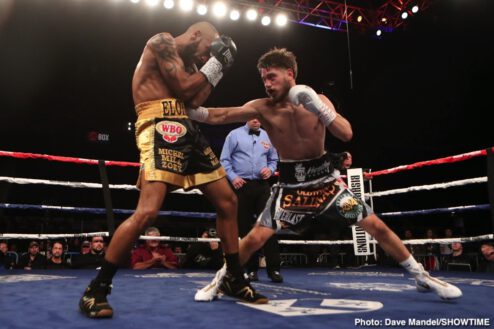 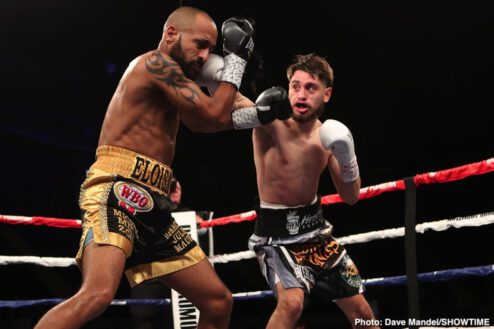 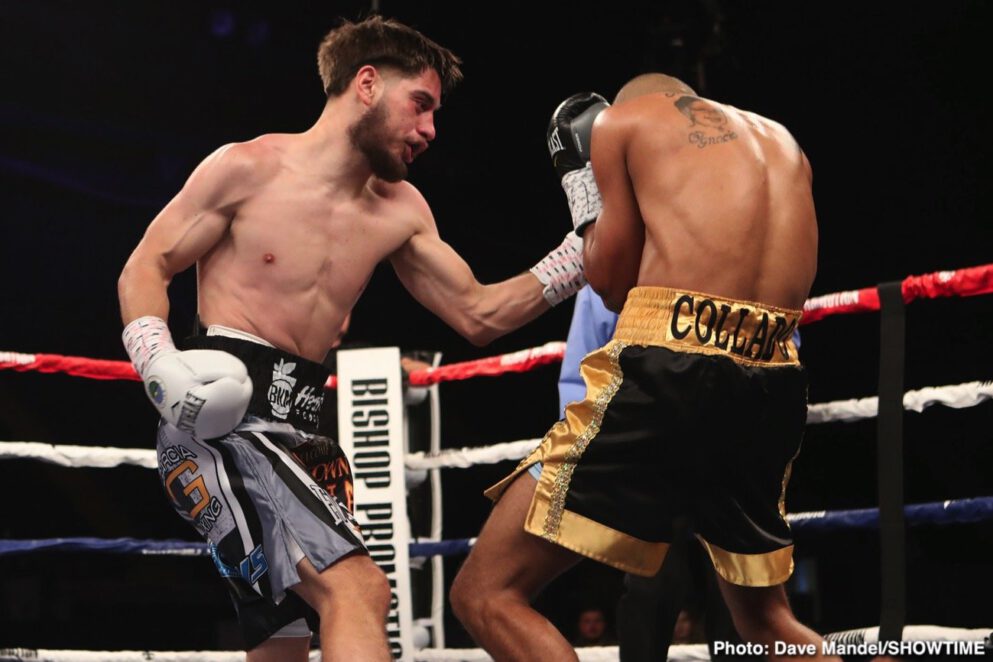 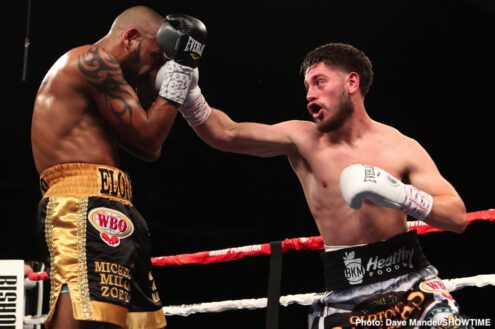 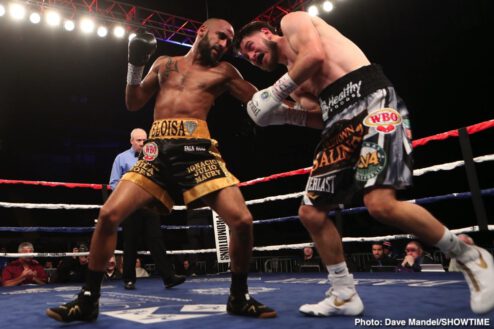 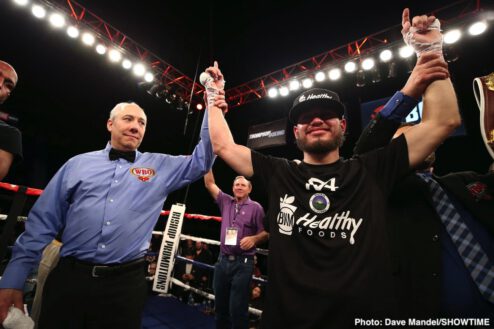