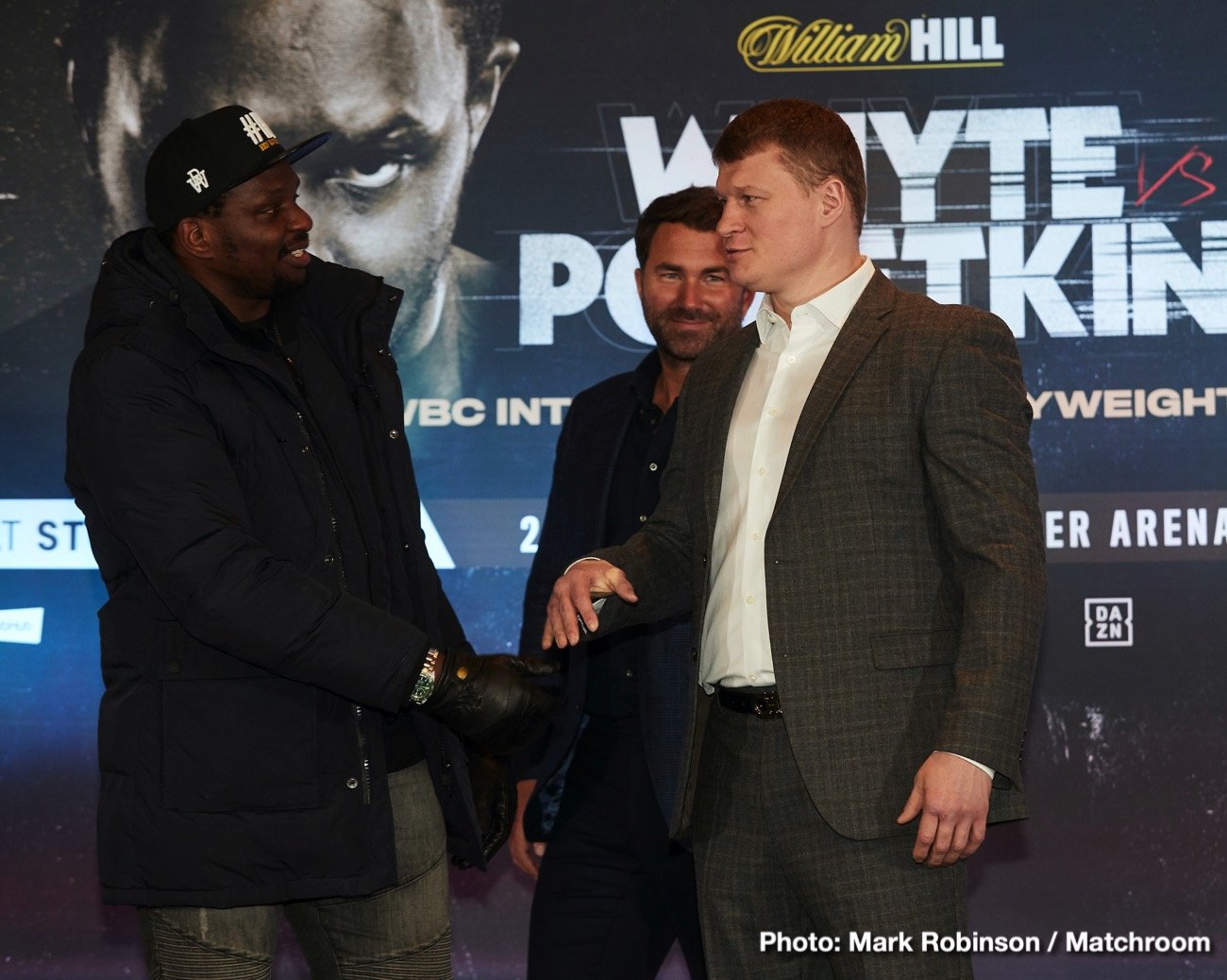 Is the third time a charm? The fight between heavyweight contenders Dillian Whyte and Alexander Povetkin, twice postponed due to the coronavirus, has a new date, it’s third. According to Mike Coppinger, the fight between the Brit and the Russian is now set to go down on August 22, the battle to be the finale of Eddie Hearn/Matchroom’s Fight Camp series. The fight will go out on DAZN in the U.S.

Whyte, 27-1(18), and Povetkin, 35-2-1(24) have been waiting and waiting for this, a great action fight on paper, for what seems like a lot longer than a few months. The match was initially scheduled for May 2, then July 4, and now August 22. Let’s all hope the fight happens this time.

Whyte, as hungry (and as deserving) for a world title fight as is possible for a fighter, has not seen action since December of last year when an overweight Whyte defeated Mariusz Wach in Saudi Arabia on the massive Anthony Joshua-Andy Ruiz rematch card. Before that, Whyte won a hard 12 round decision over Oscar Rivas. Povetkin, now aged 40, also had two fights in 2019, beating Hughie Fury in August and then boxing to a draw with Michael Hunter on the Joshua-Ruiz II bill.

If ring-rust proves to be an issue on August 22, it seems logical it will pose more of a problem for the older man. Eight months out is not all that long, but it is also not ideal ahead of as big and essential a fight as this one is for both men. Lose, and Povetkin may have to look at retirement. Lose, and Whyte will see all his hard work, and all his patience, wasted.

That recent ruling by the WBC that Tyson Fury (if he’s still champion) must fight Whyte before going into a massive unification fight with Joshua surely gives Whyte all the motivation he needs going into the Povetkin clash. And that’s a good thing; Whyte just might have to be at his best if he’s to overcome Povetkin, a very dangerous foe even at the age of 40.