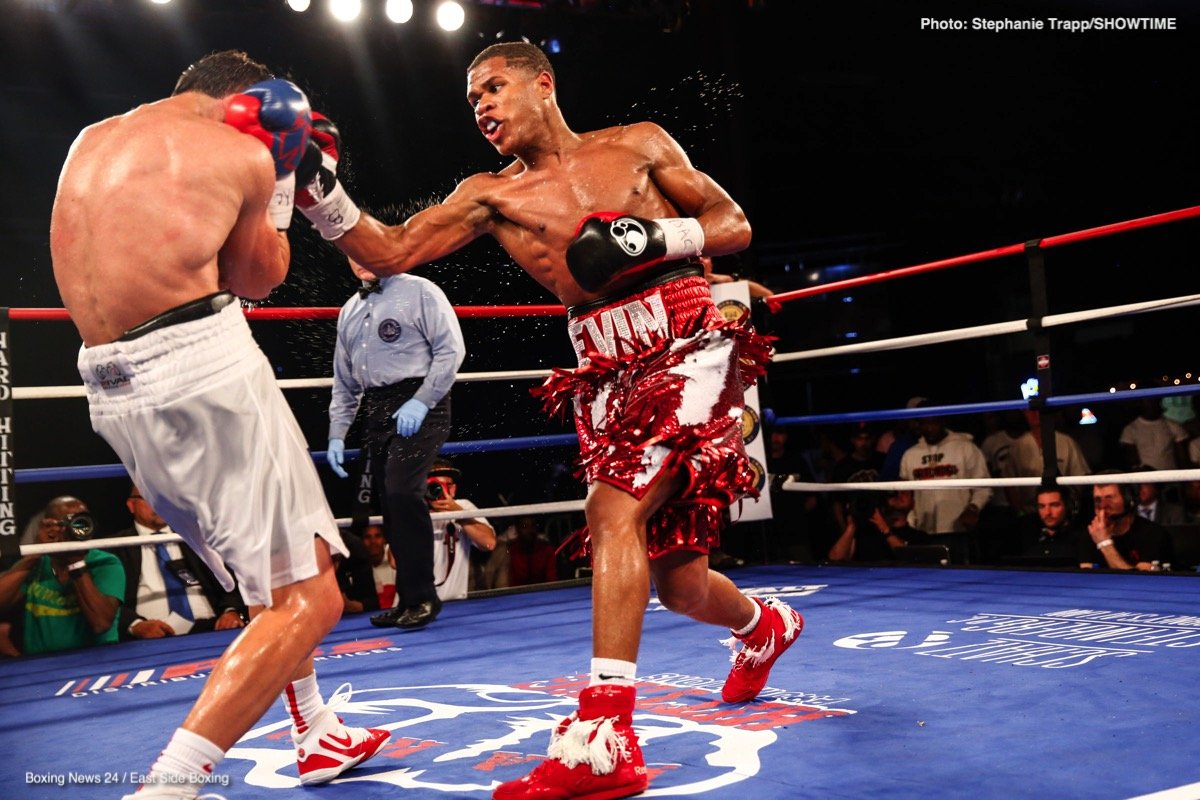 The 10-round main event headlines a tripleheader live on SHOWTIME (10 p.m. ET/PT) from Pechanga Resort Casino in Temecula, Calif. The 19-year-old Haney (19-0, 13 KOs) returns for his second consecutive challenge of 2018 on ShoBox. His opponent Burgos (33-2-2, 21 KOs) is a veteran of 37 fights whose only defeats have come in world championship bouts.

Here is what the Haneys had to say from the City Athletic Boxing Gym in Las Vegas.

“Juan Carlos Burgos is a tough opponent who’s been in multiple world title fights and has a lot of experience. This will definitely be my toughest fight to date on paper, and on September 28, I will show the world what Devin Haney is made of.”

On having his first show as a promoter:

“I believe I’m the youngest promoter in boxing history and it makes me very excited to make that claim. I look forward to putting on great fights. I’m going to be the next superstar in the sport, and I want to give other fighters opportunities to showcase their talents. It’s a dream come true and I couldn’t be happier to be fighting on SHOWTIME under Devin Haney Promotions.”

On fighting at the Pechanga Resort Casino:

“The Pechanga is a beautiful venue where a lot of big fights have taken place. I’m thrilled to be fighting at the new arena, and it’s a great time for DHP because I know we are going to pack the house.”

On making his second appearance on SHOWTIME:

“Man, it’s a blessing to be fighting on SHOWTIME not once, but twice, before my 20th birthday. The national exposure we get is incredible. Everyone knows SHOWTIME is the king of boxing and I will shine just like I did last time. The fans can expect another great performance.”

On what fans can expect from him on fight night:

“The fans can expect fireworks! I will show the world my style, the ‘Devin Haney’ style! Everything that I do will be on display.”

On the progress of his son’s development:

“Devin is really coming into his own. Everyday he’s getting better and better. There is no limit to his ability when it comes to boxing. He’s a prodigy like no other in the sport. He will be a superstar in boxing.”

“Training camp is going as planned and Devin is looking unbelievable. We’ve been doing a lot of strength and conditioning training at the SNAC facility with Victor Conte, and it’s been fantastic. Right now Devin is strong and very sharp.”

On stepping up in competition against Juan Carlos Burgos:

“Burgos is a dangerous fighter with world championship experience who went 12 rounds with one of the best fighters [Mikey Garcia] in boxing. These are the type of fights that take a fighters’ career to the next level, and I believe Devin is ready to graduate.”

Read: Errol Spence Jr. & Badou Jack Confirmed For Fourth Annual Box Fan Expo
Read: Danny Garcia Says He Won’t Be Surprised If He KO’s Shawn Porter – but would you be surprised if he did it?
Follow @boxingnews24