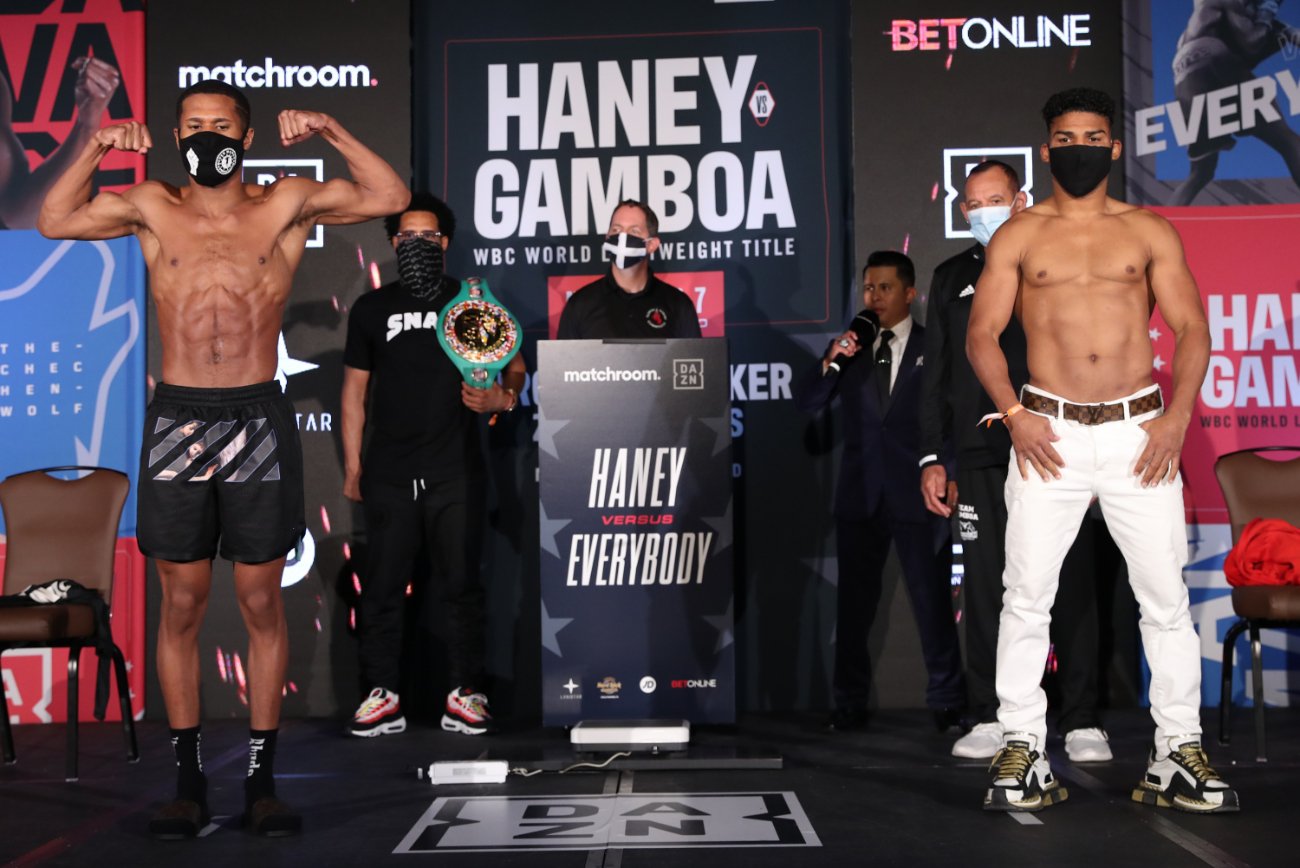 By Alfred Caine: Devin Haney (24-0, 15 KOs) wants to show the boxing world the difference between him and the other top lightweights when he defends his WBC lightweight title against Yuriorkis Gamboa (30-3, 18 KOs) on Saturday night. Their fight will be shown on DAZN live tomorrow night.

On the Haney-Gamboa undercard, there are mildly interesting fights involving these heavyweights:

The reason why it’s important for Haney to beat Gamboa, 38, in such a dominating manner is because his management chose him after he was knocked out in his last fight. In other words, there’s no gain for Haney, 21, in just beating Gamboa in a normal fashion by a 12 round decision.

You can tell from listening to Haney talk that he doesn’t see much value in taking on Gamboa. The fight is valueless, and Haney won’t receive credit unless he does something spectacular. Hence, Haney has been talking up a storm about wanting to smash Gamboa, which isn’t a good idea.

Haney doesn’t possess the power of any of the other top lightweights in the division, and he’s considerably weaker than Gamboa. That’s not to say Haney isn’t an excellent fighter. He’s a great Mayweather-esque type of pot-shot type of boxer, but he’s NOT a puncher, and he never will be.

Haney should have spoken up when his team decided to match him against Gamboa. Haney should have insisted on facing the best possible opponent like Luke Campbell, Ryan Garcia, or some 140-pounders like Regis Prograis. At least if Haney were facing those types of fighters, he wouldn’t feel the need to blast them out to try and validate himself in the eyes of the boxing public. 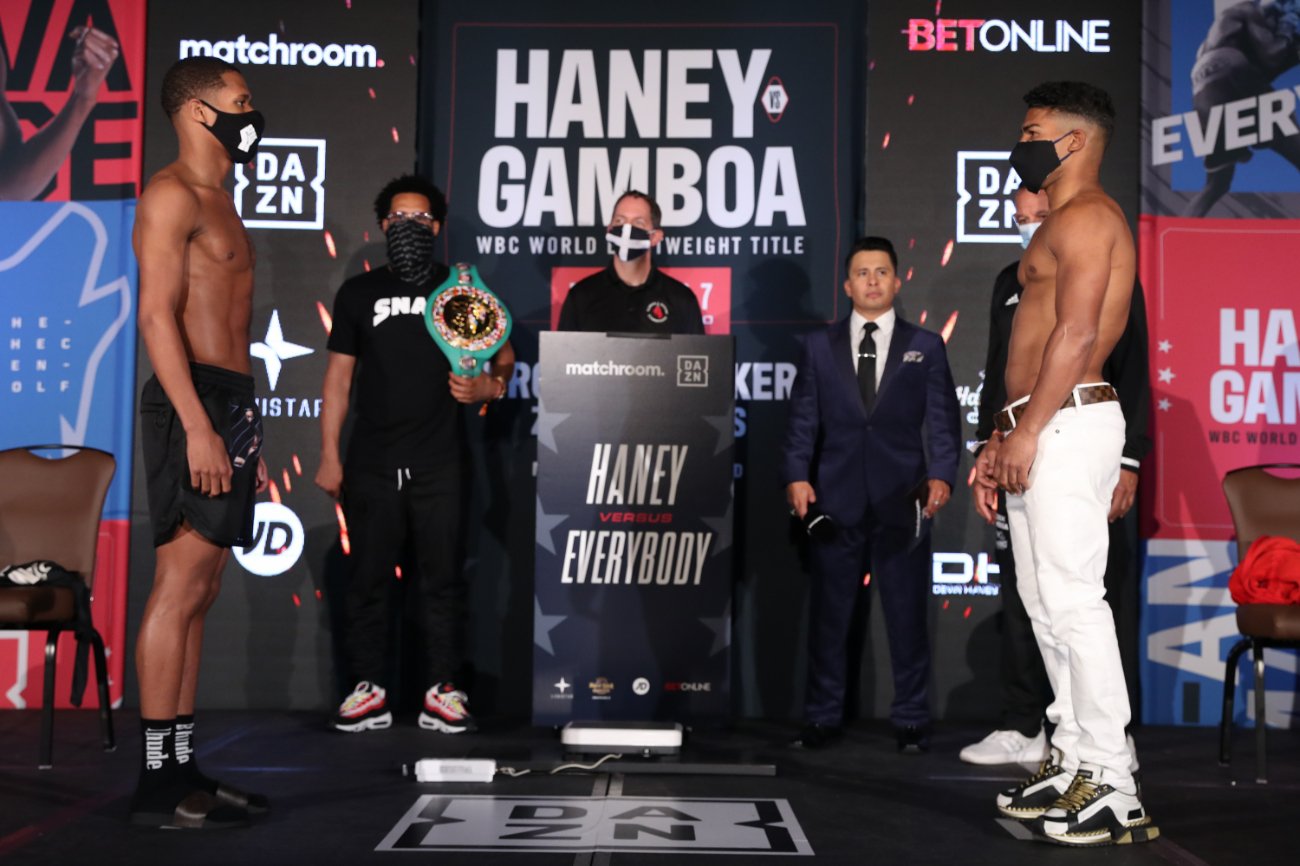 For Haney to accomplish anything in defeating former IBF/WBA featherweight champion Gamboa, he’s got to do it in a way that sets him apart from Gervonta ‘Tank’ Davis and Terence Crawford. Those two fighters both stopped Gamboa.

“I want to go in there and really dominate,” Haney said. “I want to make a statement with this victory. I don’t only want to beat him.

“I want to beat him worse than he’s ever been beat before, and I want to show him I’m on a totally different level than anyone he’s ever been in the ring with,” said Haney.

Haney’s attitude is all wrong, but it shows you clearly that he’s not enthusiastic about taking on Gamboa. Haney needs to be motivated because Gamboa is treating this fight as his Super Bowl. 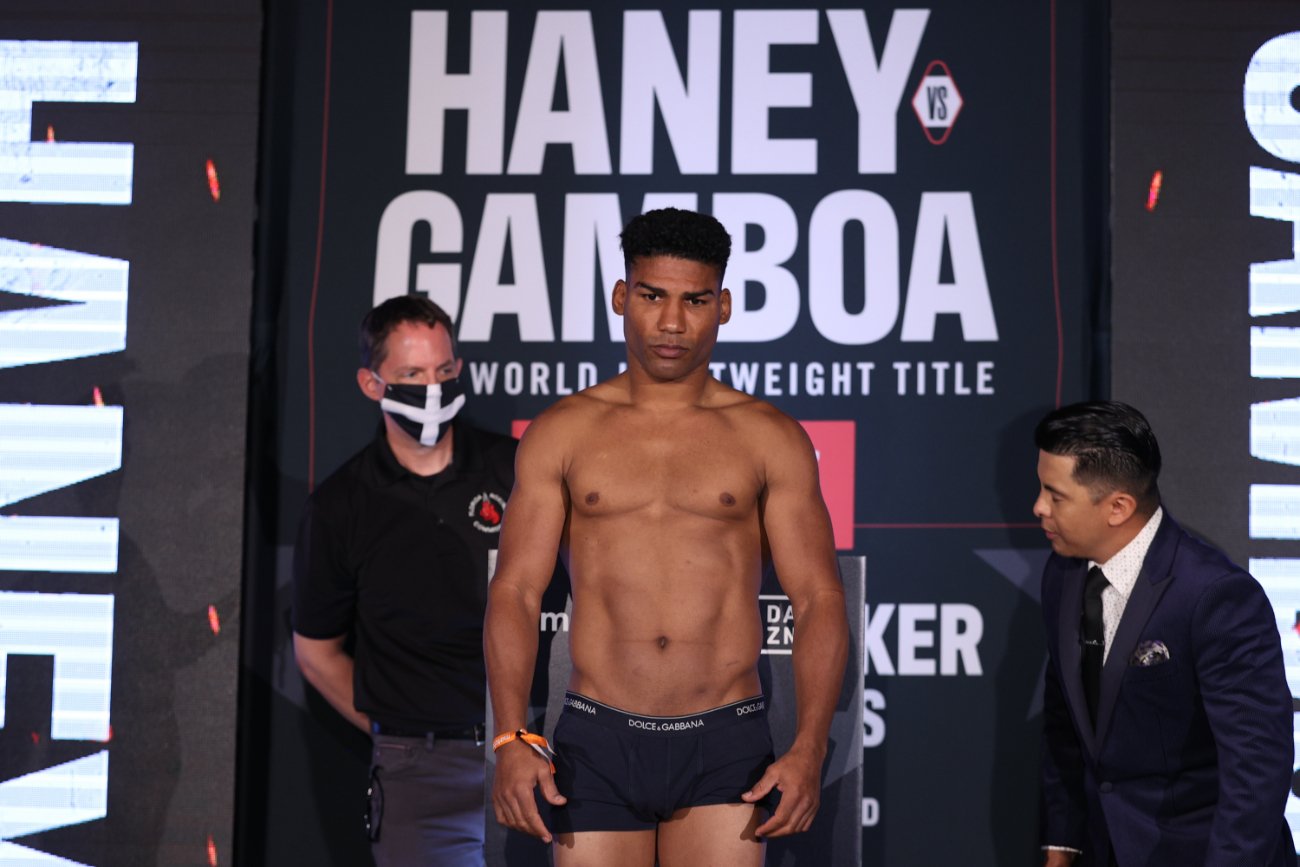 He knows that if he beats Haney, he will get another nice payday in the rematch with him. For someone Gamboa’s age, he must make as much money as possible because he’s running out of time in his career.