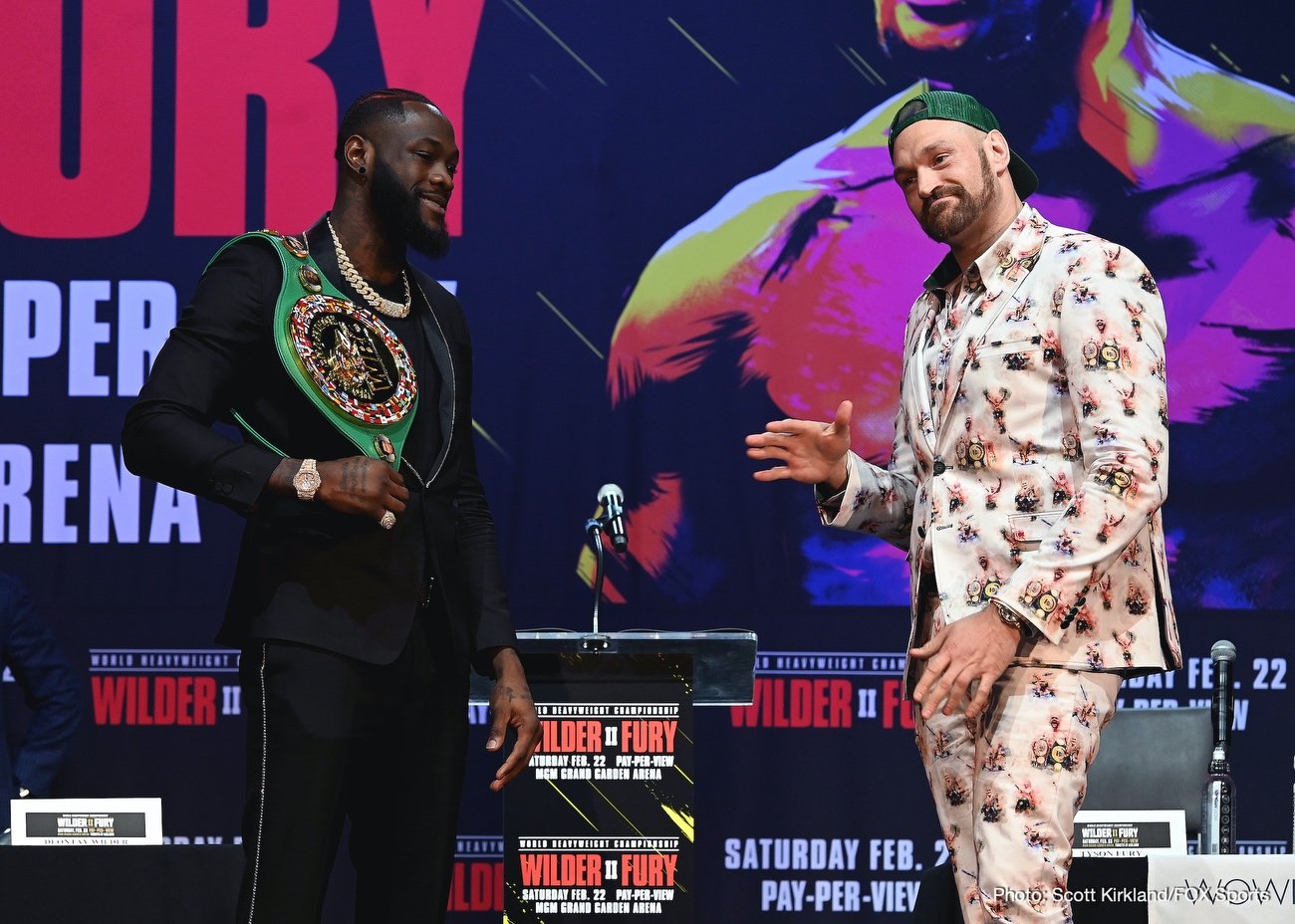 This Friday, January 17th, marks the fifth anniversary of Deontay Wilder’s coronation as WBC heavyweight champ. It was half a decade ago when a 32-0(32) Wilder won a unanimous decision over Bermane Stiverne to take the green belt; this fight marking the first time Wilder had to go 12 full rounds. Since then, “The Bronze Bomber” has reeled off ten title defences, KO’ing all but one of his ten challengers.

We all know the man Wilder failed to KO: Tyson Fury. Wilder came close, in the 12th and final round of their at times amazing December 2018 battle; with only a truly remarkable rising from the ashes by Fury, this after being belted by two flush head shots, denying Wilder his knockout. Now, in the first confirmed super-fight of 2020, these two will do it again, on February 22.

Make no mistake, this fight represents the biggest threat to Wilder’s long reign as WBC champ. Fury and his supporters are keen to point out how Wilder met a less than fully fit Fury in their first fight; Fury having had just two “easy” tune-up fights since his return from depression, from weighing around 350 or more pounds, from two-and-a-half years of inactivity. And still Fury almost won the fight (doing so in the opinion of some, only to be “robbed” out in Los Angeles).

Now, as he has said many times, Fury is fully fit, he has not had to devote a good share of his training camp to the purpose of losing weight, and he says he will be a whole lot sharper, with more gas in his tank in the rematch. If he’s as good as his word, Fury may well be able to defeat Wilder and end his reign. For long periods in the fight of 14 months ago, Fury, perhaps operating at 60 percent, maybe only 50 percent, was able to handily outbox Wilder. What might Fury be able to do this time around?

Of course, Wilder, 42-0-1(41) only needs to land one punch to terminate a fight (at least it’s been that way with his other opponents, but Fury showed he can actually get cracked by TWO Wilder blows and not get put into a darkened room), and only a fool would write off his chances of taking Fury out this time. But can Wilder catch an at his best Fury? If it has been argued how Fury will not be able to perform a second “rise from the dead,” it can also be argued how Wilder will not be able to find the target as effectively as he did in fight-one (and even here, Wilder was hardly hitting Fury on anything like a regular basis).

It’s not too hard to picture Fury, 29-0-1(20) boxing a smart, safe, dull but wholly effective fight in February, not putting himself in any jeopardy as he fails to put a foot wrong. Fury W12 Wilder – would this result shock you in any way? Again, Wilder’s crown is in real and present danger with this fight.

If, however, he can solve the Fury puzzle, either by KO or by a decision win of his own, Wilder will have to be given nothing but enormous credit. Five years into his reign, after ten title defences, this fight is the acid test for Deontay Wilder.

READ:
Smith Jr. W 10 Hart: The Terrible Scoring Of One Judge Should Not Take Anything Away From A Great Fight
Email
WhatsApp
Tweet
Share
30 Shares
Previous boxing news: Dat Nguyen plotting a boxing comeback?
Next boxing news: Eddie Hearn made 7-figure offer to Andy Ruiz Jr. for Dillian Whyte fight on March 28 or April
You are here: Home / Boxing News / Deontay Wilder: Five Years A Champ…..but is his reign about to end?
Follow @boxingnews24