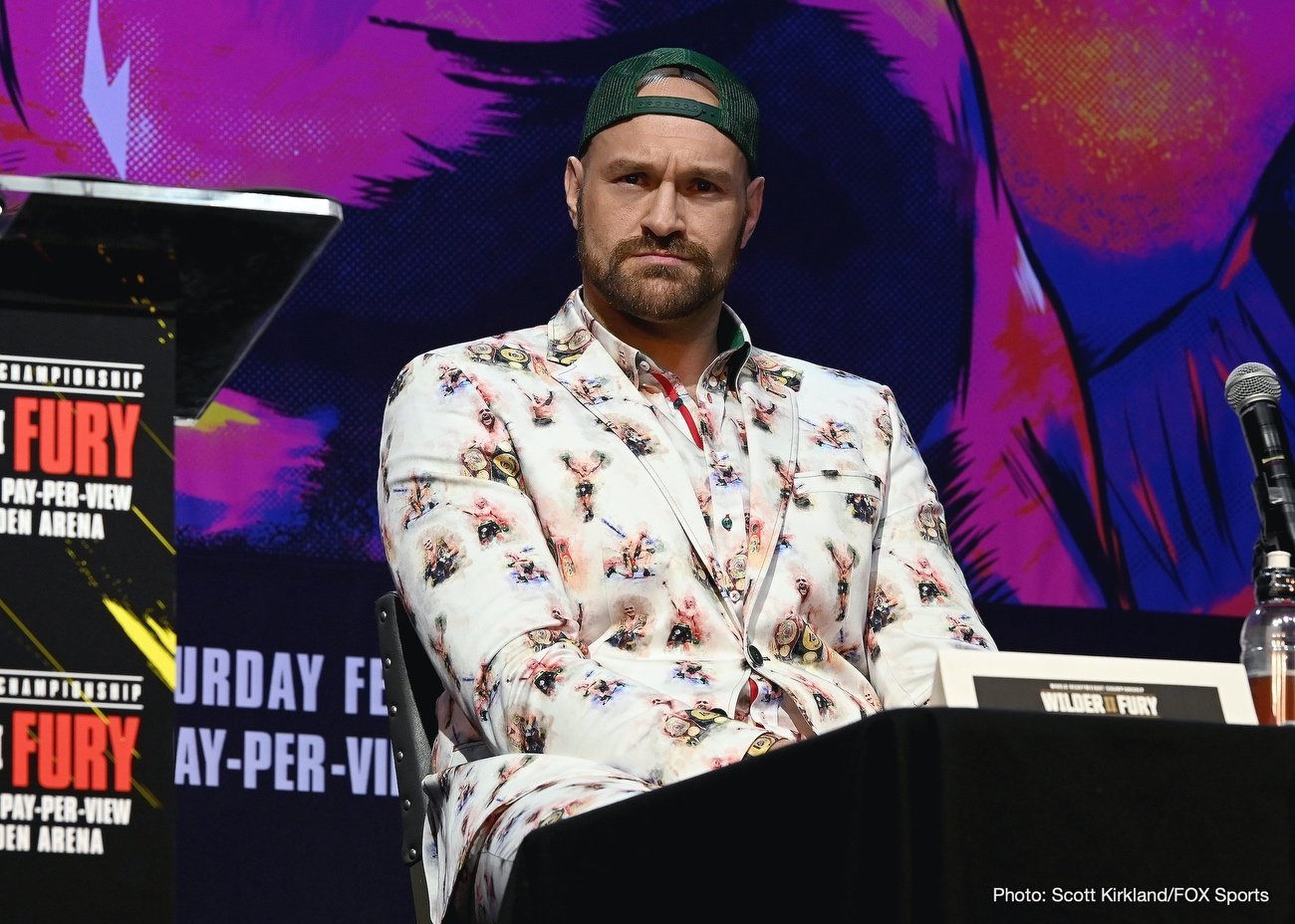 You have to go back to Tyson Fury’s relative mismatch of a fight with the unheralded Tom Schwarz, who Fury took out in a couple of rounds last summer, to find a KO 2 on the ledger of “The Gypsy King.” And you have to go back to 2010, and Fury’s one-round TKO over Hans-Joerg Blasko, to find the other most recent KO in two rounds or less on Fury’s record.

Fury the boxer is what we have grown used to seeing these past few years; since even before his upset decision win over Wladimir Klitschko in November of 2015. In his earlier pro days, Fury gave us some roufgh and tumble battles in which he went for the big KO. But Fury is no one-punch KO guy and he knows it, he is a skilled boxer who uses his advantages in height and reach, along with his swift hands and feet, to box a guy’s head off.

Despite this, and despite his recent lack of KO wins (just two from his last six fights, these coming over the over-matched pair, Schwarz and, prior to that, in his June 2018 comeback fight, Sefer Seferi), Fury stated at last night’s presser for his February 22 return clash with Deontay Wilder that he will KO Wilder in two rounds – “a hundred percent,” Fury declared.

“I didn’t have the gas to finish him in the last fight, but this time I can turn the screwdriver until he’s gone,” Fury said in Los Angeles. “Let’s make it a Marvin Hagler-Tommy Hearns type of fight on February 22. just watch out for the right hand, because you’re going to sleep. I’m looking for a knockout, that’s why I hired Sugarhill [as trainer]. He gets you to sit down on that big right hand. I’m going to make him feel the fury. I’ve never been as sure of anything in my life.”

But as was more expected, Wilder is also predicting a KO win next month. If Fury is certain he will end this rivalry by way of a definitive KO (would a third fight be needed if the sequel ended by way of a KO, one way or the other?), then Wilder is equally as certain it will be his bombs that get the job done.

“I’m going to rip his head from his body,” Wilder said. Simple and chilling. That’s Wilder’s way. Fury is the more “fun” guy of the two, the better talker – but who is the better fighter? Fury is the superior boxer, Wilder the superior puncher. Despite the brazen talk, a second distance fight is possible, even likely. Fury will look to box, box, box. Wilder will be loking to land a lethal shot if he sees an opening. Who will prevail this time?

It’s a fascinating fight, as was fight-one. One thing seems clear, though – no way does Fury stand and trade with Wilder. That would be shocking. And very foolish, something Fury is not.