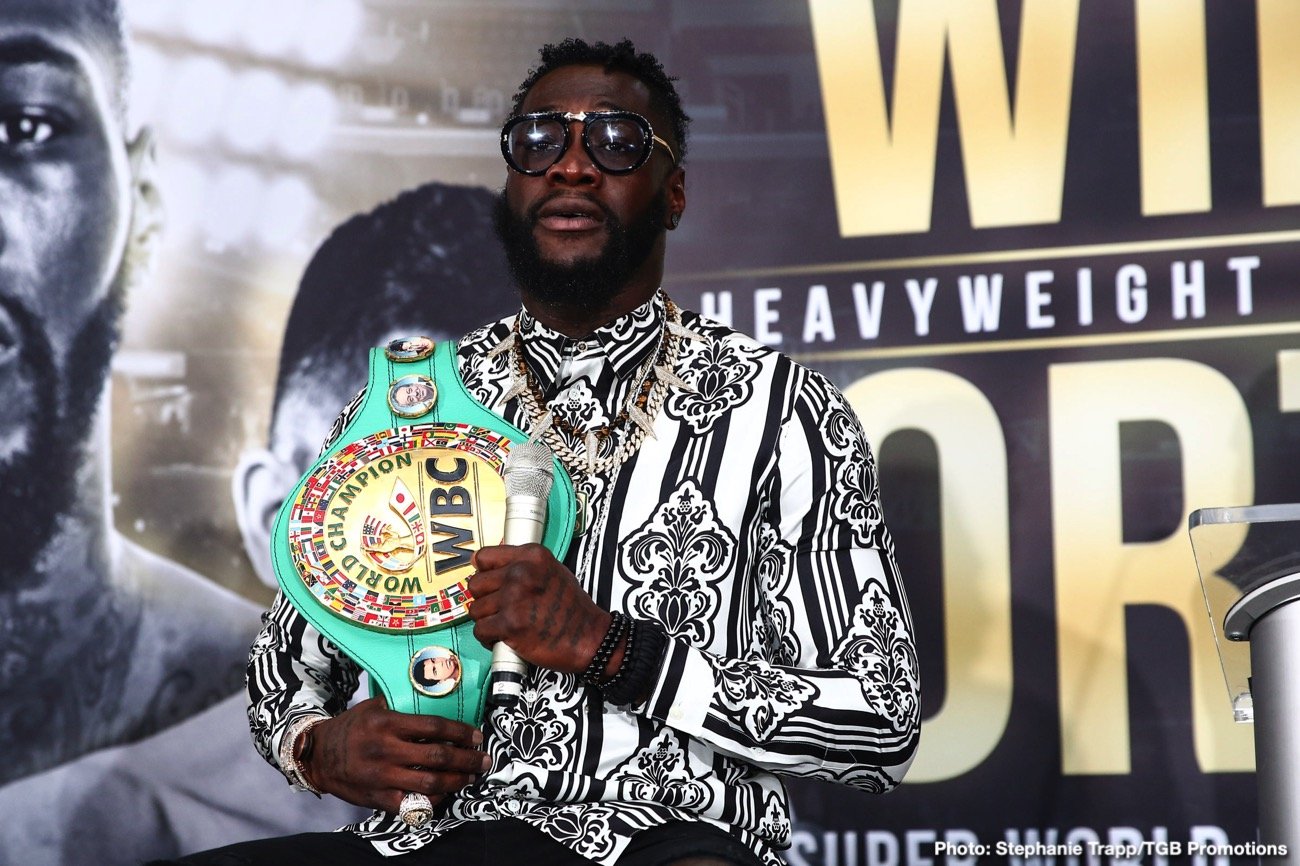 Deontay Wilder, the current WBC heavyweight champ and the longest reigning world heavyweight boss on the scene today, turns 34 today. For a modern day heavyweight this can be the age when a big man hits his prime, his peak (see, for one example, the great Lennox Lewis, who had his defining fights against Evander Holyfield, Mike Tyson and, arguably, Vitali Klitschko, all when he was in his mid to late thirties).

So can Wilder now fight his greatest fights? Is his prime about to come still? Wilder, 41-0-1(40) has already achieved quite a lot: Olympic bronze medal, WBC champ for getting on for five long years, nine succesful world title defences, his tenth coming up. But there could be a lot more to come; in fact Wilder says there is.

We know Wilder’s next fight will be his potentially risky rematch with “Boogeyman” Luis Ortiz, but after that, who knows. Tyson Fury may or may not (I’d lean towards not) fight his signed and agreed return with “The Bronze Bomber” on February 22, but if this fight does not take place then, maybe Wilder will focus all his energies on landing a massive fight with Andy Ruiz (providing Ruiz repeats his win over Anthony Joshua on Dec. 7th – if he doesn’t, don’t go holding your breath waiting to see AJ finally face Wilder; heck, we’ve been down that long and tedious road already!)

Some fans would get super-excited to see a Ruiz-Wilder unification clash, and what a fight it could be. If Wilder were to win it, well, he’d be THE man of the heavyweights, no doubt about it. First Wilder has to get past Ortiz on November 23, then see whether or not Fury is ready and willing to fight him in February, and then it will doubtless be the big unification showdown Wilder will look for.

Some questions about Wilder:

Can he beat Ruiz?

This one would be fascinating. Wilder as we know can KO anyone he hits, but Ruiz can bang too, and the Mexican/American might have a far sturdier chin than Wilder. And who has the faster hands? Again, Ruiz. But height and reach go to Wilder, and he has that venemous power. I’d lean towards Wilder being able to catch Ruiz but it sure wouldn’t be easy.

Some would say, no, he cannot, as he has that draw on his ledger; whereas “The Rock” was spotless at 49-0-0. But Wilder might, might, be able to win another eight fights and be 49-0-1. It’s a tough ask, time-wise; what with today’s big men fighting just once or twice a year as a rule, but it’s not impossible.

Is Wilder a future Hall of Famer?

Right now, no, but with a win over a Ruiz or a Fury or even a Joshua, and providing he isn’t knocked off by some other fighter after that, then yeah, Wilder will go in.

Now, let’s get ready for an excitingly short rumble between Wilder and Ortiz.