After four years as the WBO middleweight champion, Demetrius Andrade has officially vacated the belt. He will now be moving up to 168 in hopes of positioning himself for a big-money payday against undisputed champion Canelo Alvarez.

WBO interim 160-lb champion Janibek Alimkhanuly (12-0, 8 KOs) has been elevated to the full champion by the World Boxing Organization.

Had Andrade (31-0, 19 KOs) kept his WBO middleweight strap, he would have had to defend it against the 29-year-old Janibek, which he had no interest in doing.

Andrade is more focused on trying to force a title shot against four-belt super middleweight champion Canelo because there’s a heck of a lot more dough for him to make in a fight against the Mexican star.

The Rhode Island native Andrade captured his WBO 160-lb title in October 2018, beating Walter Kautondokwa 12 round unanimous decision. In the four years that Demetrius held onto the WBO belt, he successfully defended it five times against lesser opposition.

Andrade had hoped when he moved up to 160 that he would be able to use his WBO belt to get well-paying fights against Canelo, Gennadiy Golovkin, and Jermall Charlo.

Unfortunately for Andrade, none of those three fighters showed any interest in fighting him, which isn’t surprising given that he’s a crafty southpaw with excellent power & size.

It’s fair to say that Andrade is wasting his time going up to 168 because Canelo Alvarez likely will never fight him because his style is all wrong for him. He’s not going to want to suffer another defeat on top of his recent one against Demetrius Andrade.

The only notable fighter that would be willing to fight Andrade at 168 is David Benavidez, and that’s not a good match-up for Demetrius. Benavidez is too young, strong, and big for the aging Andrade.

If Andrade sticks it out at 168, the best he could hope for is fights against Benavidez, John Ryder, Edgar Berlanga, Caleb Plant, and Anthony Dirrell. Some of those guys likely won’t want to mix it up with Andrade because of his slick fighting style and power.

It’s difficult to imagine Caleb Plant agreeing to fight Andrade because he’s trying to get a rematch with Canelo, and he doesn’t want to lose again. 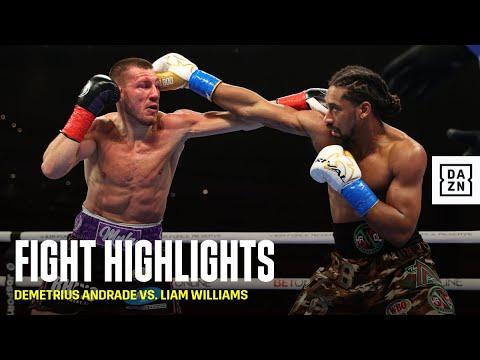