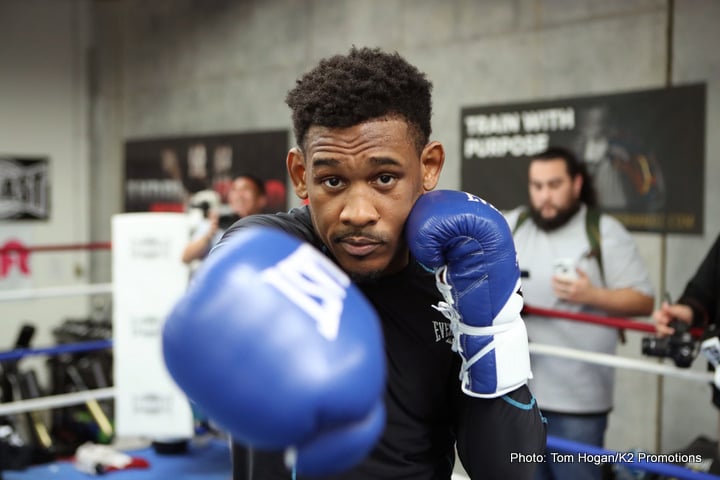 Danny Jacobs has had a couple of names mentioned as possible foes for his next fight, set for April 28 in New York – with Irish warrior Spike O’Sullivan being an interesting but ultimately rejected proposition. Now, according to reports via RingTV.com and ESPN.com, “The Miracle Man” is close to finalising a deal to face unbeaten Polish contender Maciej Sulecki.

Sulecki, 26-0(10) has actually fought at 154, 160 and 168 during his time in the pro ranks, and the 28 year old earned himself a shot at a junior-middleweight title recently – Sulecki chasing a shot at Jermell Charlo – making it seem just a little bit strange that he would now move up to face Jacobs in a non-title fight. Still, Jacobs-Sulecki is an interesting match-up, one that will very possibly result in a good action fight.

Sulecki has fought good names, including Hugo Centeno Junior, who he defeated in a middleweight encounter (a stoppage), and Jack Culcay (a decision win), who the Pole beat in a 154 pound elimination bout. A good amateur who compiled a reported 110-30 ledger, Sulecki went pro in June of 2010 and he has boxed mostly at home, with five of his more recent bouts taking place in the US.

Jacobs has better overall experience of course, and the former WBA champ is on something of a roll right now. Chasing either a second go at middleweight king Gennady Golovkin or a big fight with Canelo Alvarez, Jacobs is often referred to as the second best 160 pounder in the world today. Last seen humbling a trash-talking but ultimately disappointing Luis Arias back in November of last year, Jacobs, 33-2(29) will enter as a significant favourite over Sulecki.

Arias failed to make a bigger name for himself at the expense of Jacobs, let’s see if Sulecki can go one better and actually fight aggressively and with a genuine will to win. Reportedly set to feature on the HBO televised card are unbeaten heavyweight contender Jarrell “Big Baby” Miller and Irish sensation Katie Taylor, both against TBA.