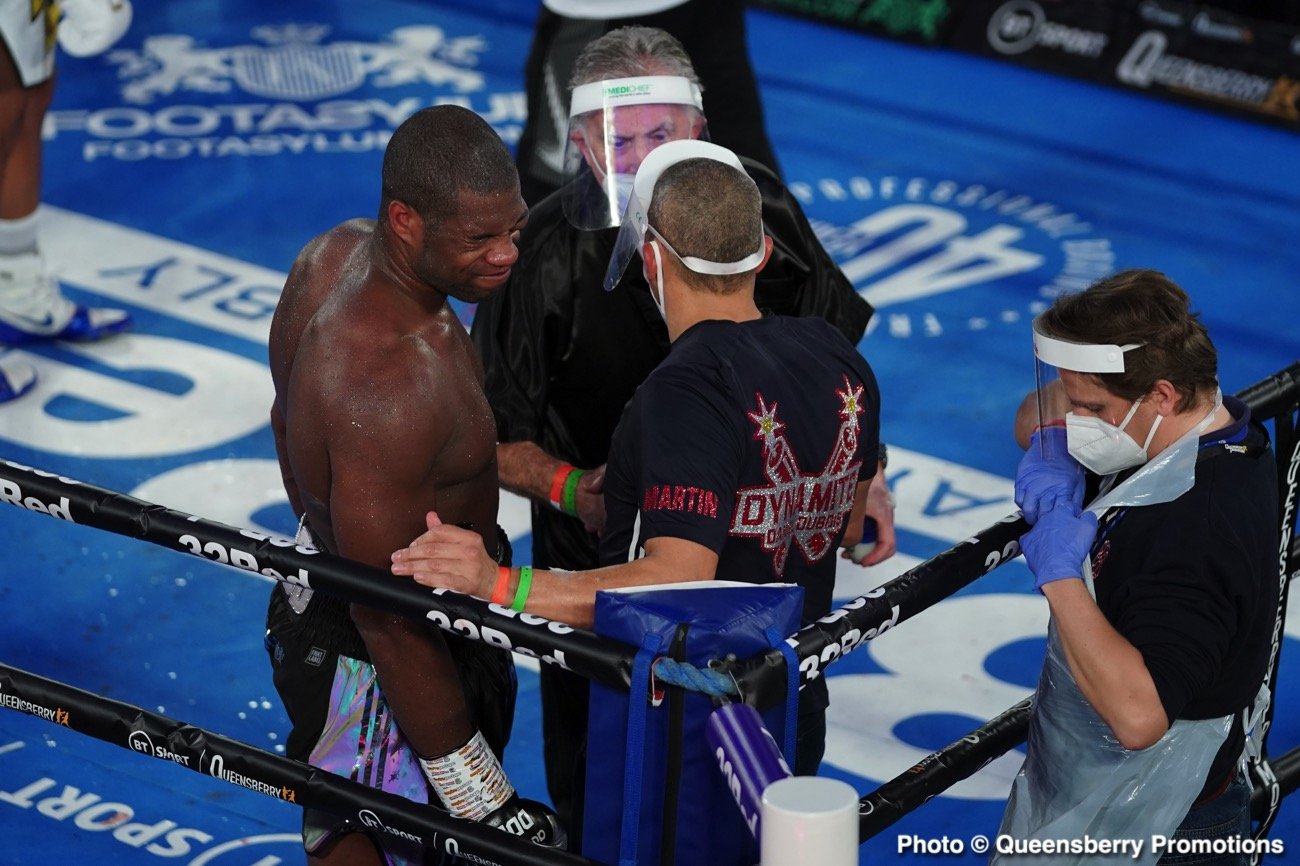 While the debate rages on as to whether or not Daniel Dubois should be referred to as a “quitter,” due to what went down on Saturday night in Dubois’ big fight with Joe Joyce, Dubois himself has released a short message to his fans.

Reportedly, the quite nastily swollen left eye Dubois could not see out of ended up looking so bad due to a broken orbital bone, with Dubois also suffering from nerve damage.

In light of this, a potentially career-ending injury, you’d think those people who have been quicker to unleash a “quitter” jab at Dubois much faster than they have ever been asked to throw or take, a real punch in their lives, would be having a change of heart.

Maybe some of these people have had a look back at what they said. In any case, Dubois has messaged his fans and supporters via social media:

“I’m out of the hospital and will now wait for the fracture to heal,” Dubois wrote. “I’ll be back to prove my doubters wrong and my fans right.” 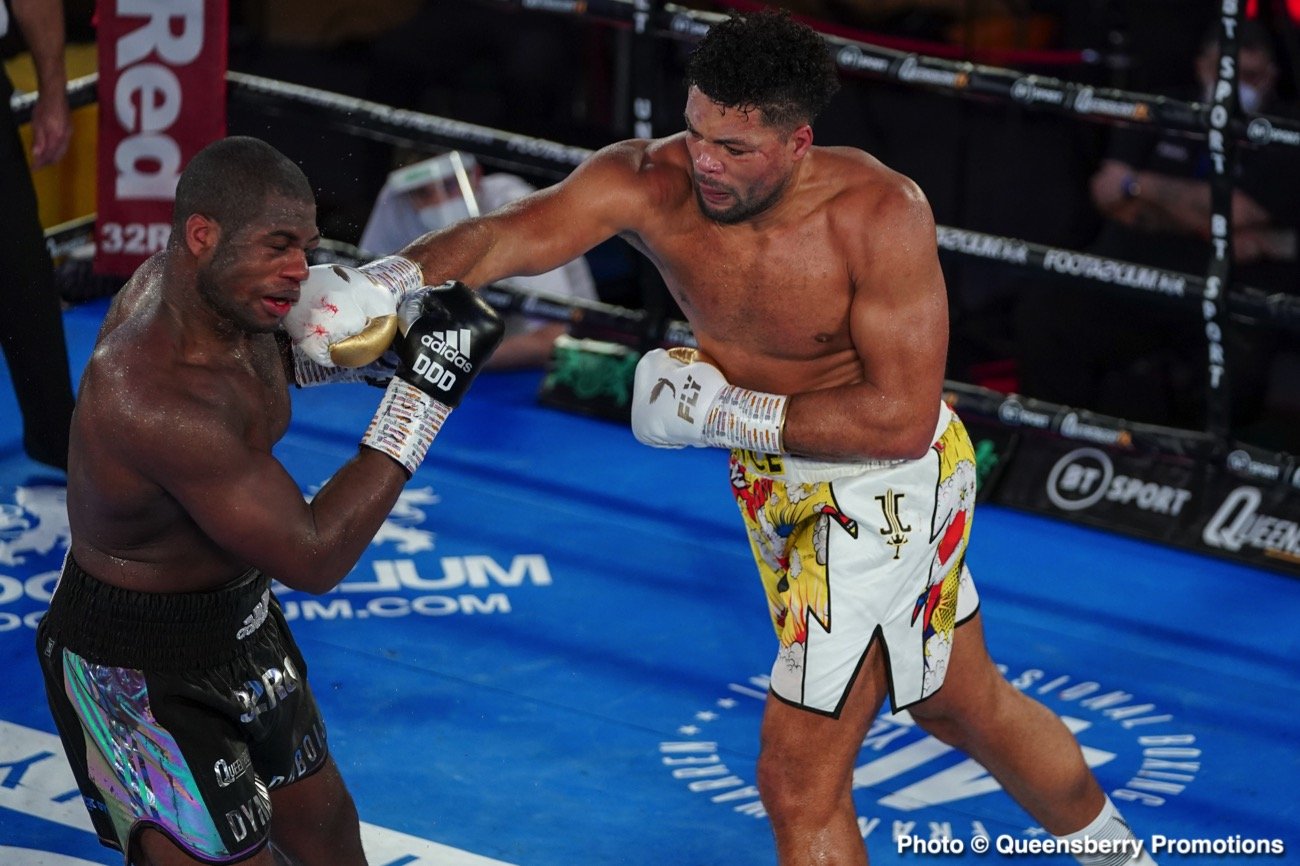 Right now, it’s tough to say which Dubois has more of – fans or doubters. As is often the case when a young, unbeaten, exciting, and big-punching fighter is beaten for the first time, the critics come out in force, literally frothing at the mouth as they are unable to hold back with their negativity; their, ‘I told you so’ boasts of all-knowing boxing genius proving quite annoying (and how many of these “experts” said before Saturday night what would happen and how many went on record with their wisdom?)

Dubois does, of course, need a major rebuild. A natural puncher, the 23-year-old seemed to have no Plan-B once Joyce showed he could take his power shots. Maybe, as some have said (funny how everyone is an expert AFTER a fight – what would people say now if Dubois had flattened Joyce in three or four rounds?) Dubois was rushed into this fight too quickly, that he did need further seasoning and additional experience. 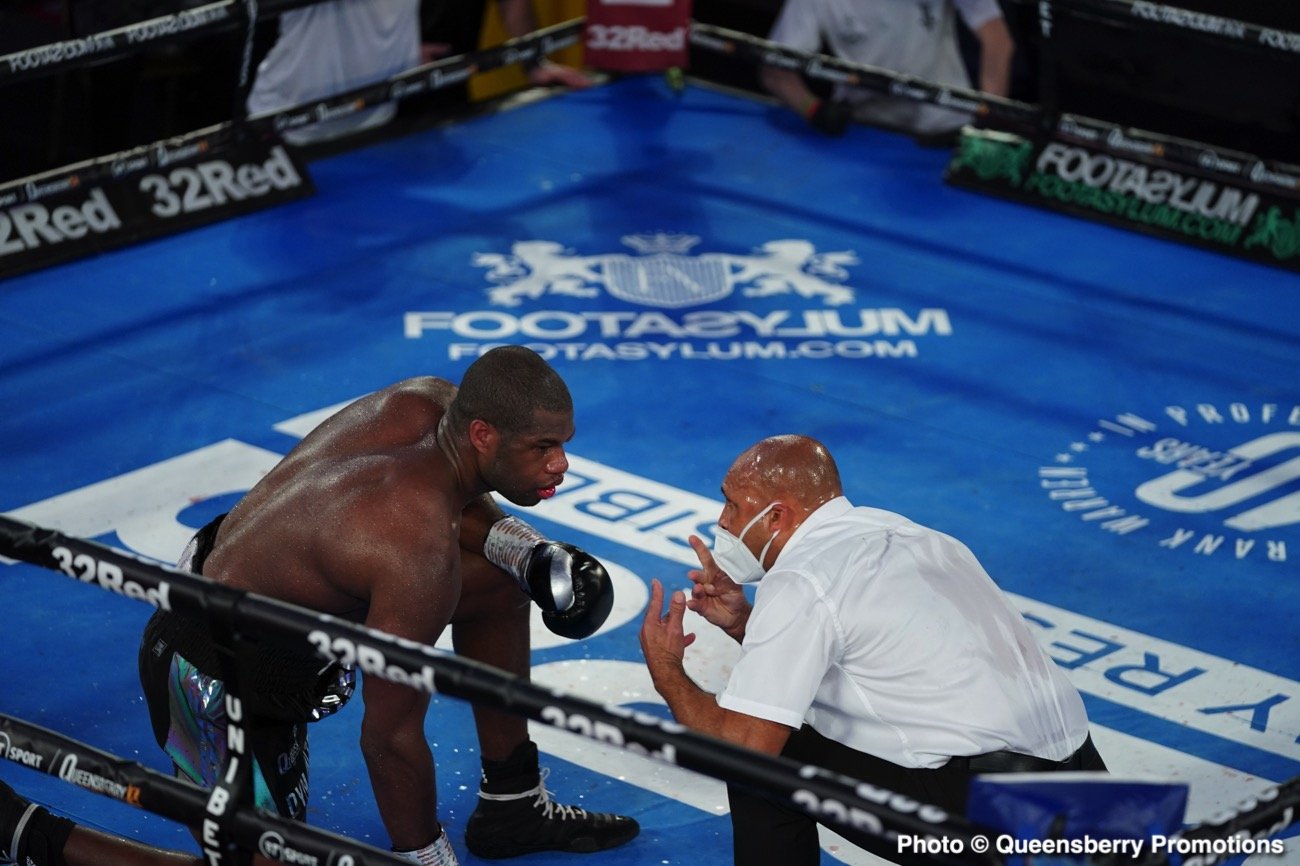 Dubois may need a few months to allow his eye to recover fully, and then he would perhaps be wise to take a low-key bout with which he could get back into the groove, regaining some confidence. Can Dubois get back to where he was prior to the first loss of his pro career? Who knows. But throughout boxing history, plenty of young fighters have come back stronger after a humbling defeat (think Nigel Benn for one big puncher).

In the interest of what’s good for the heavyweight division, let’s all get behind Dubois, an exciting, talented, and powerful puncher, and rally behind him as he gets ready to launch a comeback of his own.