Unbeaten, 6’7” cruiserweight prospect Jordan Thompson is certainly a fighter to keep an eye on. Tonight, on the off-TV under-card from The O2 in London, 28 year old Thompson, making his Matchroom debut, scored an impressive first round KO over Polish fighter Piotr Podlucki. Thompson, known as “Troublesome,” whipped in a perfectly executed right hook to Podlucki’s jaw, which sent the Pole crashing to the mat, being counted out. Time was 2:52. 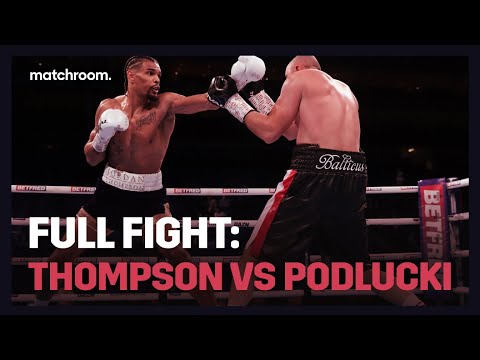 So although Thompson was not in with a noted opponent, the towering puncher was facing a durable foe, and Thompson was having his first fight in almost two full years. Podlucki came out fast and tried to put Thompson under pressure and the fight was shaping up as an interesting affair. Then Thompson ended matters in fine style. It will be exciting seeing how far Thompson can go, and how soon it will be before he makes his move into better quality opposition.

Having sparred some big names, including Tyson Fury (Fury using Thompson as he got ready for Deontay Wilder), Thompson, from Manchester, has picked up good experience. With his speed, power and of course his physical dimensions, Thompson is a fighter who just might turn out to be the full package. As with any prospect, it will be interesting seeing Thompson get cracked with a good shot to the chin, but will even the best cruiserweights be able to reach it!

Fans love a puncher and Thompson figures to add some real entertaining fights to the cruiserweight division. Hopefully, Thompson will remain active now, perhaps getting another fight in this year, maybe two. Those fans who were impressed by Thompson’s win tonight and who liked what they saw will be eager to see “Troublesome” back in action ASAP.

Thompson spoke after signing with Matchroom, and he said his goal is a simple one: “to become a world champion.” It’s far too early to be able to tell if Thompson will get that far, but it’s going to be fun finding out. 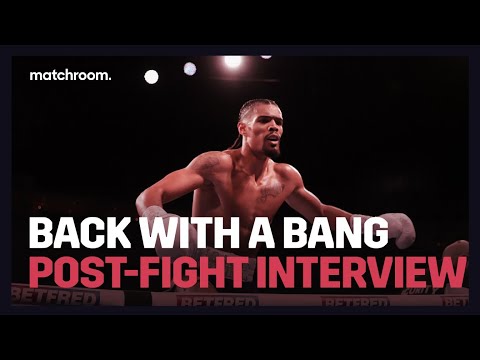