Terence Crawford fired back at undisputed 154-lb champion Jermell Charlo today, saying that he’s accomplished more than him in the sport and that he’d like to “shut him up” to where he’s crying afterward.

Jermell got Crawford (38-0, 29 KOs) upset by pointing out that he’s “scared” to fight IBF/WBA/WBC welterweight champion Errol Spence Jr, and that’s why he ducked out of the negotiations with him to fight David Avanesyan on December 10thh on BLK Prime.

Jermell had earlier pointed out that Bud Crawford needed to humble himself and take the lesser money for the first fight with Spence (28-0, 22 KOs) so that he could get a better deal in the rematch should he come out victorious.

Instead of Crawford being thankful for the advance from Jermell, he fired back, saying that he was not on his nor Spence’s level.

Crawford’s biting remark to Jermell was, in essence, him letting the four-belt champion know that his advice wasn’t welcomed and that he’s going to do it his own way, which has resulted in Terence destroying his chances of fighting Spence.

“Something is wrong with that dude. He’s got to stay off of whatever he’s on,” said Terence ‘Bud’ Crawford to Fighthype, reacting to Jermell Charlo saying he’s “scared” of Errol Spence Jr. 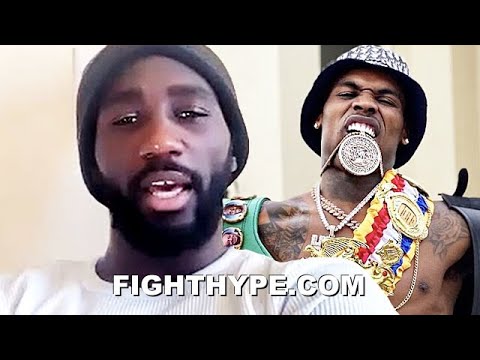 “If I can recall, I was already a two-time world champion before he [Jermell] was even a champion, both of them [Spence & Charlo],” Crawford continued.

“I don’t understand. I never heard of his name [Jermell] of being in the talks of any of that sort of anything. So how can I be pig-backing off of him and his brother’s name when I accomplished way more in the sport of boxing? That don’t make sense.

“I already said it. I would love to get in the ring and shut him [Jermell Charlo] up because all he’s going to do is cry afterwards. That’s all he do is run around, angry, mad at himself.

“My main focus right now is on David [Avanesyan], so I don’t really care about what anyone else has to say to me right about now,” said Crawford.