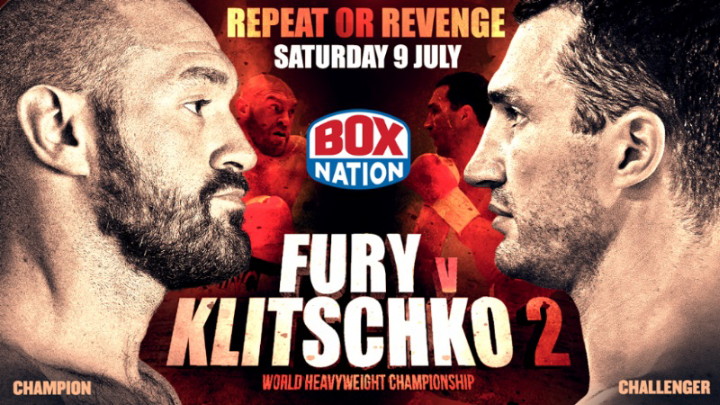 It’s been said before now, by a number of fans, that heavyweight ruler Tyson Fury – who partied and partied after winning the crown and piled on a ton of weight as a result – could go down in history as “another Buster Douglas.” Douglas of course, smashed “invincible” heavyweight king Mike Tyson to defeat in a truly stunning performance, then ate himself up to around 300-pounds and almost lost his life after falling into a diabetic coma.

Hopefully Fury will not follow such a path, but there are fresh concerns in light of his terrible physical appearance at “that” press conference in Manchester last month. Fury has since shifted a substantial amount of the excess weight he packed on and hopefully he will be fully focused going into his July 9 rematch with Wladimir Klitschko.

Certainly, Douglas was not in any shape, physically or mentally, upon entering his first title defence against Evander Holyfield. And just imagine for a minute if Buster had ripped off his t-shirt ahead of the huge-money clash with “The Real Deal!” Buster was way too timid to do something like that, but Fury, as we are all slowly starting to gather, really does not care!

Fury cares so little, it seems, his reign could also prove to be a short one. This is the view, or the concern, of former WBA heavyweight champ David Haye (the man Fury was twice set to fight, only for injuries to force Haye to withdraw). Speaking with The Mail, Haye said “it’s quite sad to see a young world champion looking so grossly overweight so close to a fight.”

“I’d hate to see happen to him what happened to Buster Douglas,” Haye said of Fury. “You do the impossible and beat Mike Tyson and then eat yourself into a diabetic coma. You’d go down in history as someone who fluked it and that would be a shame. I don’t believe he [Fury] did fluke it. He rose to the occasion. Wlad was older and he just got it right on the night. But he could undo that good work if he loses the return match.”

Indeed, this rematch is arguably one of the most interesting and hard to pick in recent heavyweight memory. Did Klitschko simply have a bad night, or is Fury too good at what he does and has Wladimir’s number? Fans always wanted to see how a Douglas-Tyson rematch would have played out (had Buster been in shape, that is) but we never got our chance to see if that momentous 1990 win was a fluke or not. In July, we will find out if Fury scored a fluke last November, but if he’s not in shape, Fury might not be able to repeat his upset victory.

Of course, Fury will not listen to what Haye, or anyone else (outside of his uncle/head trainer Peter) has to say. He is his own man. The problem is, so was Buster Douglas.