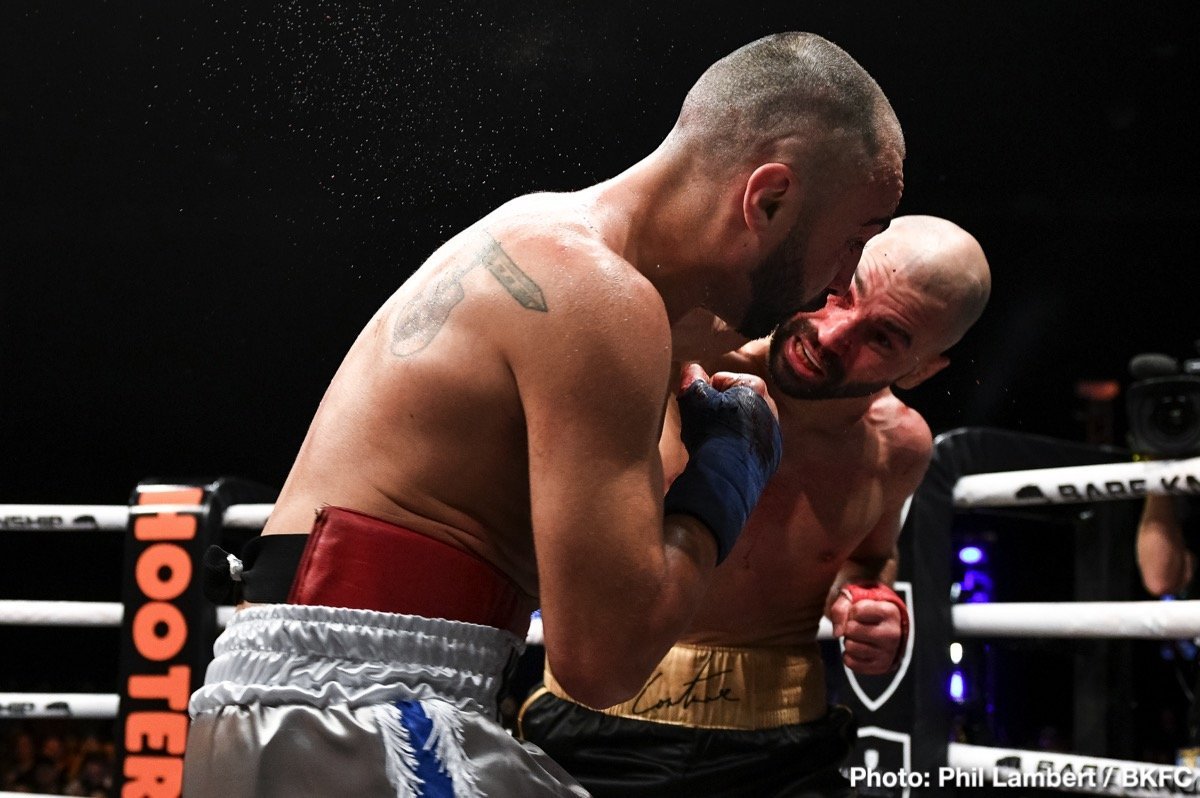 Fresh off the biggest win of his career, a bloody decision win over former two-time champ Paulie Malignaggi (a 38 year old version, one who was having his first fight in bare knuckle boxing), Artem Lobov is looking at his next move. More precisely, Lobov is eyeing up his next payday. Brutally honest about it, the likeable Russian warrior said at last night’s post-fight press conference how he will go “wherever the money is, whoever pays me the most.”

That said, Lobov is very much open to trying his hand, or his hands, at pro boxing; this time whilst wearing gloves. Lobov even has a high-profile dance partner in mind: Amir Khan. “Let’s make some money together,” Lobov said of he and Khan. “He’s at the end of his career and I don’t think he’ll be chasing titles any more, so let’s do it,” he added.

So could Lobov make it as a boxer?

The 32 year old southpaw is as tough as they come, he is always in great physical shape and he has a chin and some power. But can he box? Lobov feels he did so last night in beating superior boxer Malignaggi, that he had “no choice” but to box him as this is how the fight developed. So who knows, maybe Lobov, with more training, could get in there in a ten-round fight with gloves on and win. His best assets are his conditioning and his sheer toughness, yet this could prove to be enough against a welterweight or a light-middleweight providing Lobov is matched right.

One thing is this, Lobov is a guy who is pretty easy to root for. Down to earth, quite humble at times as well as honest, Lobov certainly had the lion’s share of the fans on his side last night in Tampa, Florida (but this was largely due to the way Malignaggi had angered fans with his trash-talk and his statement of thanks to the “dumb” MMA fans who allowed him to pick up such a big payday for such an easy fight!)

Khan is taking part in something of a novelty or curiosity fight next, in Saudi Arabia, against Neeraj Goyat, and he has said himself he is largely doing it because the money was too good to pass up. So who knows, maybe Khan would look at a fight with Lobov and take it if yet more big money was on offer.

And one thing is sure, a Khan-Lobov fight would not in any way be dull.