Eddie Hearn has ruled out welterweight contender Conor Benn taking on Chris Eubank Jr. in his next fight. Hearn says this isn’t a fight that he’s looking at for the highly ranked 147-lb contender Benn (21-0, 14 KOs), which isn’t a huge shock.

Benn, the son of British legend Nigel, hasn’t faced a contender at welterweight during his six-year professional career, and it would be criminal to throw him in there with a veteran like Eubank Jr. 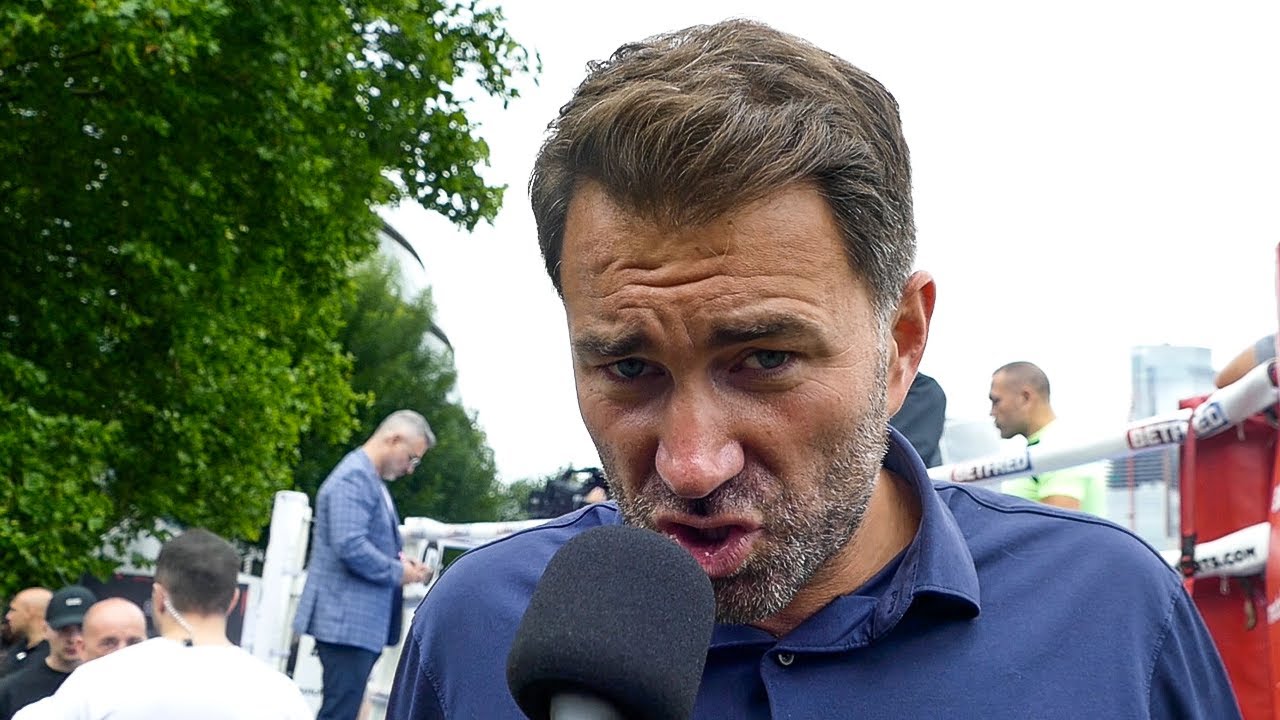 You can argue that Benn is bringing too much green in his Matchroom shows against old guys for Hearn to risk putting him in with Eubank Jr or any solid fighter like Jaron ‘Boots’ Ennis.

With Benn’s high ranking with the four sanctioning bodies at 147, boxing fans are expecting him to begin fighting top 15 contenders because thus far, he’s not been doing that.

For example, Benn’s recent fights have come against washed-up Chris Van Heerden, Adrian Granados, and Chris Algieri. Those fighters are NOT contenders at this late stage in their careers.

“They’re asking me about that at the moment,” said Eddie Hearn to Secondsout about a fight between Conor Benn and Chris Eubank Jr. “That’s kind of like a dream fight, a fantasy fight, but at the moment there are no negotiations going on between me and Kalle [Sauerland].”

“Kalle [Sauerland] is just back from Australia, and we’re due to catch up this week, and I’m sure we’ll have a chat. It’s a massive fight, but we’re looking at Conor’s career and looking at the welterweight.

“If that fight materializes, I’m sure both guys will jump at it, but it’s not a fight that is imminent at the moment. Unless something happens over the next couple of weeks, but it’s not the frontrunner of fights we’re looking at,” said Hearn in ruling out Eubank Jr. as a possible opponent for Benn’s next fight.

It’s improbable Hearn would dare throw Benn in with a killer like Eubank Jr because he doesn’t have the experience to fight someone at this level. Even though Eubank Jr. is not an elite-level guy at 160, he still packs a punch, and he would take advantage of Benn’s lack of experience and his chin problem.

Conor is only eight fights removed from the beatdown he suffered at the hands of little-known Cedrick Peynaud.

Although Benn appears to have improved his game since the two Peynaud fights, it’s hard to know because his opposition has consisted of primarily old guys on their last legs, thrown in there with him in showcase-type fights.

You can’t say that Benn has had any actual learning fights in the last four years since his rematch with the heavy-handed Peynaud.