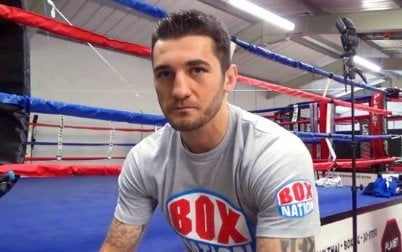 The kind of weight that Cleverly will be taking off is similar to the weight that Roy Jones Jr melted off when he moved down from heavyweight to return to the light heavyweight division to face Antonio Tarver. The result was Jones never looking the same again in that weight class, and getting knocked out by Tarver.

“I made the decision to move back down quite quickly,” Cleverly told the Dailymail.co.uk. “For me personally this is my last chance to win a world title. I want a good level of opponent [in April] and then straight to a world title. Braehmer is the target, there’s plenty of history there.”

With Cleverly’s promoter Eddie Hearn, he’ll very likely be able to make the Cleverly vs. Braehmer fight, even though Cleverly probably doesn’t deserve to skip over guys like Artur Beterbiev for an undeserved title shot.

After all, even if Cleverly does beat whoever Hearn drags out there for him to fight on April 11th, he was still beaten recently by Bellew. That right there should mean that Cleverly should sit on the sidelines while more deserving fighters like Beterbiev get a shot at Braehmer’s title before him. But the chances of Beterbiev getting an optional title shot against Braehmer are pretty slim. He’s just too dangerous. The only way Beterbiev will likely get a fight against Braehmer is if he becomes his mandatory.

Cleverly will likely be very weak on April 11th, but Hearn won’t match him tough because it’s his first fight back to the light heavyweight division.