2022 really could turn out to be the biggest year ever in the history of women’s boxing. We had the genuine classic that was Katie Taylor versus Amanda Serrano, it has been announced that Mikaela Mayer and Alycia Baumgardner will fight in late summer/early autumn, and now the grudge-match between Claressa Shields and Savannah Marshall has been announced as agreed.

Ben Shalom told Sky Sports the fight will happen in September, in either London or Newcastle. This is especially great news for UK fight fans.

Shields, who claims to be the greatest female boxer of all-time and who has won so many titles to back up her boast, has only lost one boxing match in her life; this to Shields back in the amateur days. These two have seemingly been going back and forth on social media ever since. Simply put, these two women do not like each other one little bit.

“Boxing needs super fights to make it mainstream. Shields Vs. Marshall belongs on pay-per-view. They are both elite fighters at their peak,” Salita said.

Shields should of course be flattered to be compared to the great Sugar Ray Leonard, as should Marshall be flattered at being likened to “The Hitman.” But even if this is going too far, this fight IS a potential classic and it is worthy of being a pay-per-view offering. But who wins?

That decision victory scored by Hartlepool’s Marshall was a long, long time ago now and it may not mean too much at all. But Marshall, the WBO middleweight champion (Shields holds all the other belts) has really looked good in her recent fights, when working with Peter Fury.

And to repeat: there is no doubt about it, these two do not like one another. There is bad blood here and this fight had to get done. Now it has.

Look for Shields and Marshall to both ramp up the verbal hostilities between now and fight night! 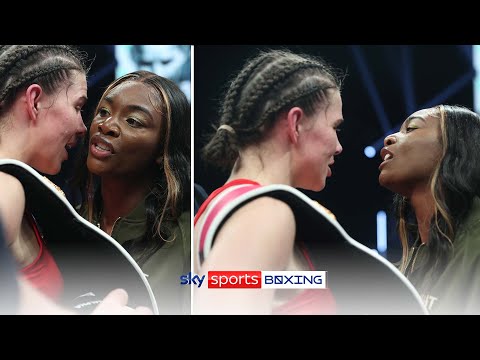