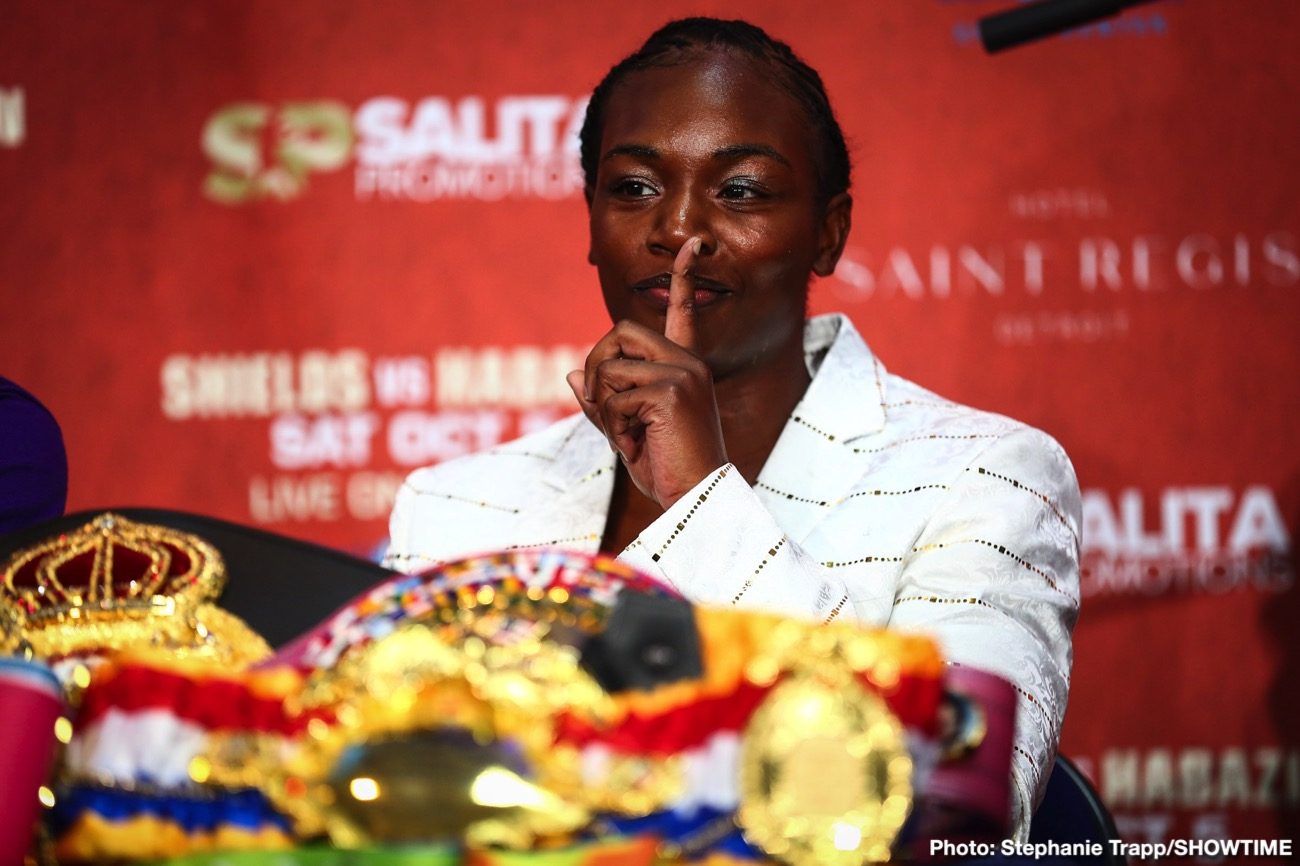 Claressa Shields is super-motivated ahead of this Friday night’s fight with Ivana Habazin. Arguably the finest female boxer in the world today, Shields says she will get the win and in doing so break the record Vasyl Lomachenko holds as being a three-weight world champ with least amount of fights – just 12. Shields, 9-0(2) has won belts at super-middleweight and middleweight, and with a win over Habazin, 20-3(7), the 24 year old would become a world ruler at super-welterweight.

Speaking with bjpenn.com, Shields said a history-making win on Friday will show how women boxers “can do what the men do, and they can even do it better.”

There is no doubting the talent and achievements of Shields, and she has been far too good for all her opposition thus far. Will it be the same against Habazin? This fight should have taken place last year, only for that nasty and well-documented brawl at the weigh-in forcing the bout to be postponed. There is some bad blood attached to this one, as well as the chance for Shields to make boxing history.

The first big world title fight of 2020, the spotlight will fall on female fighters in a big, big way.

“I’m just showing that women are willing to take challenges, we can do what the men do, and we’re making history,” Shields said. “I’m gonna be on top of that history list ahead of Lomachenko, they’ll take our sport more serious and know that all the women may not be as daring as myself, but there are girls coming up who won’t be afraid of taking challenges.”

So who wins on Friday night in Atlantic City? Shields has to be the pick, but Habazin, six years the older fighter, is tough and she has won her last five fights. Can Shields stop the Croatian who has been stopped just once?